Download the Pocketmags Magazine Newsstand app today and receive a FREE issue from some of our best-sellers. Discover, Read and Enjoy more than 1,000 magazine titles from around the world. Pocketmags is a digital newsstand where magazine fans can purchase single issues and subscriptions from a wide range of free and paid magazines from across the globe. Key Features Include: - Full-colour, hi resolution magazines on your device and platform of choice. - One complimentary edition from our best-sellers for all registered users. - Rich media titles that have enhanced digital editions with interactive elements such as videos and image galleries - With a Pocketmags account you can read whenever you like, on any device, online or offline. - Archive your issues easily to manage your device storage - Global magazines from publishers worldwide, including USA, Canada, UK, Australia and Europe. - Pocketmags covers the mainstream and host the largest range of specialist titles in the world, so whatever your hobbies and interests, we've got it covered! -------------------- Subscriptions are available within this application for each magazine. Subscription begin from the current issue when you take out your subscription. Available recurring subscriptions range from 1 week in duration to 1 year. Paid issues and subscriptions range from £0.79/$0.99/€0.99 up to £599.99/$799.99/€799.99 -Subscriptions will renew automatically unless cancelled more than 24 hours before the end of the current period. You will be charged for renewal within 24 hours of the end of the current period, for the same duration and at the current subscription rate for the product. -You may turn off the auto-renewal of subscriptions through your Account Settings, however you are not able to cancel the current subscription during its active period. -Payment will be charged to your iTunes account at confirmation of purchase and any unused portion of a free trial period, if offered, will be forfeited when a subscription to that publication is purchased. -------------------- You can find our privacy policy here: http://www.pocketmags.com/privacy.aspx You can find our terms and conditions here: http://www.pocketmags.com/terms.aspx 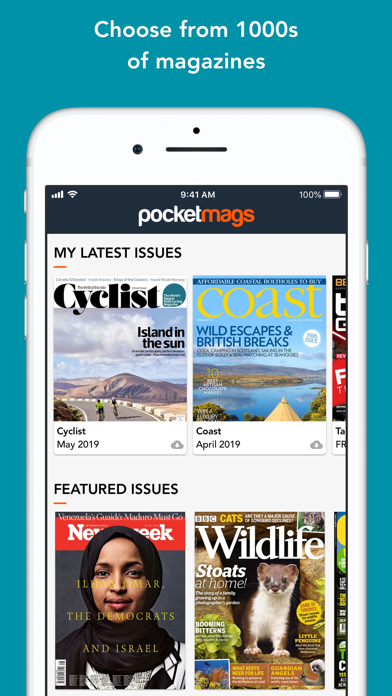 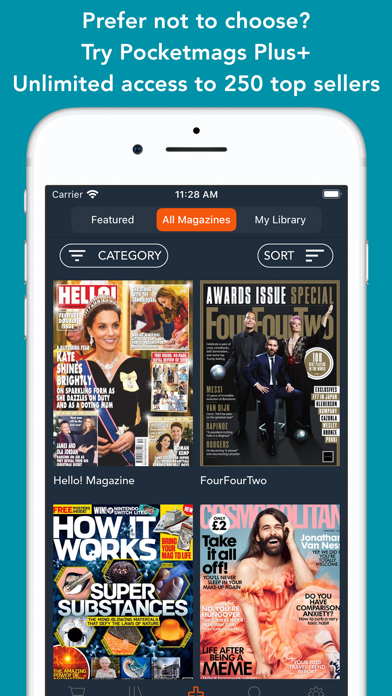 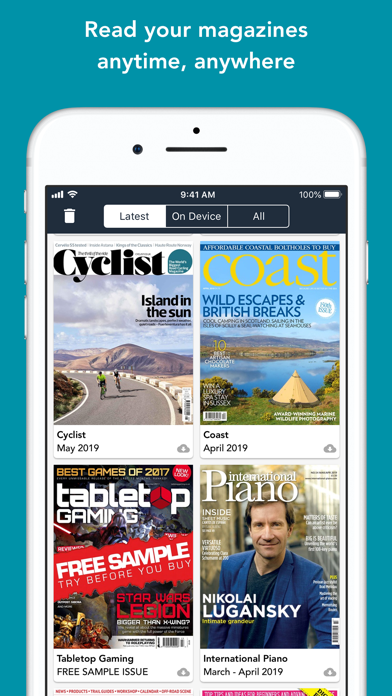 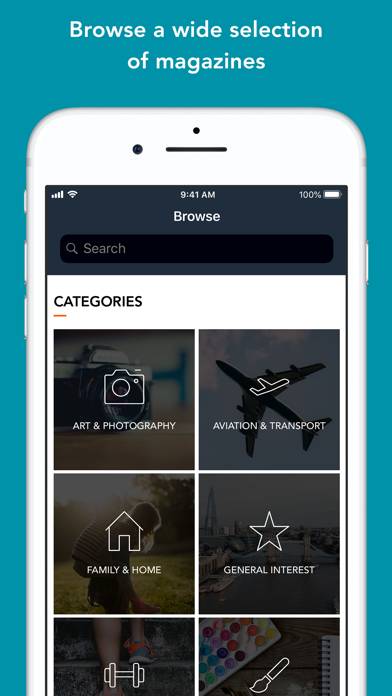 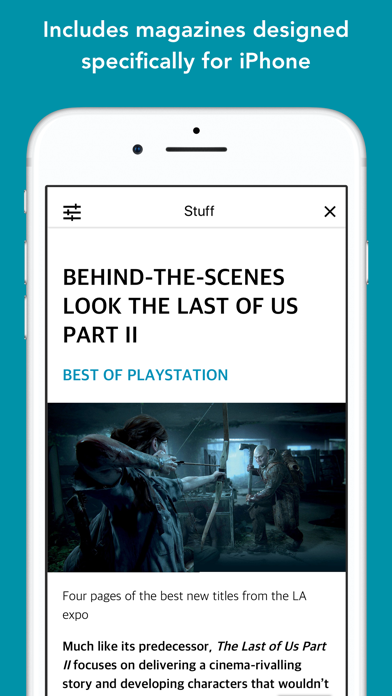 Not even sending emails to me to recover pw
By Nobitches

Possibly having server problems but haven’t dealt with a site this slow in a decade. Offered free issue from various publications on sign up but after 10 minutes still only had the month of each, not a cover or even a name. Shop displays a few pubs and many empty squares. All on their server side, 25mb connection downloading from other uk/us sites with no issues.
By irritating nickname choice

I purchased a digital pocket magazine and they suggested reading it on this app. All I have is a nice cover that will not OPEN! What a waste!!
By This is fraud!

Mags not showing up?

Was about to sucscribe to Fast Bikes thru pocketmags as my ZINIO sub has expired, but reading here about mags not showing up is making me have second thoughts... ZINIO price is $40 vs $31 here...not worth it if the mags don’t show up!
By Toomanybarts

Very slow to load and sticky

After paying for a subscription, it’s not even worth it to try to look at the magazine in this app. Unfortunately, the two are separate and I can’t get a refund on the magazine.
By goatfairy

I’ve noticed over the past year, my digital subscription to Rock & Gem is very slow to post on Pocketmags. I’ve had to write a few times, asking why my latest issue hadn’t yet appeared halfway into the current month. Just a handful of monthly issues would appear in a timely fashion. Once issues are available, there are no problems with viewing them. I like the app’s ease of use. One shouldn’t have to enquire where their latest issue is though. Get it together Pocketmags. Please.
By misstomato

This app often disables previously downloaded magazines if you don't constantly have access to the internet. So much for reading offline.... It doesn't matter how vigilantly you check your downloaded magazines before you go off the grid.. Guess where I frequently can't my downloaded copy of "Ships Monthly" at sea ...
By Alex98109

What can I say it’s not a smooth app that gives the illusion of turning pages. It has problem of not updating current issues of the Magazines subscriptions it provides. That’s also my fault as I use the app sparingly (it probably doesn’t acknowledge I have a subscription because I don’t use it weekly. Other than that it can be a good app with some simple fixes.
By tandgn

Terrible experience, avoid at all costs

New magazines never come across to the app, have to call customer service for them to “force” a magazine into my account; every issue. And trying to cancel a subscription, can’t think of a more difficult awkward process. Stay away!
By djcclarke