Use this amazing app to easily pinpoint and identify all the carrier towers around you. Often these are in plain sight but other times, they're disguised as trees or on top of roofs. This app will be priceless to you if often find yourself in remote areas or enjoy hiking and camping. It's hard to go a long time without communicating or sometimes there are emergencies. With this app, you can see where your carrier towers are located so you can easily improve your cell phone reception. Also, you will be able to view additional details about the towers. If you choose to purchase Full Unlock Subscription, payment will be charged to your iTunes account, and your account will be charged for renewal within 24-hours prior to the end of the current period. Auto-renewal may be turned off at any time by going to your settings in the iTunes Store after purchase. The current subscription price is $9.99 USD/month. Prices are in U.S. dollars, may vary in countries other than the U.S. and are subject to change without notice. No cancellation of the current subscription is allowed during the active subscription period. If you don’t choose to purchase Full Unlock Subscription, you can simply continue using the app for free. Privacy Policy: https://BigBalli.com/privacy Terms of Use: http://www.apple.com/legal/itunes/appstore/dev/stdeula 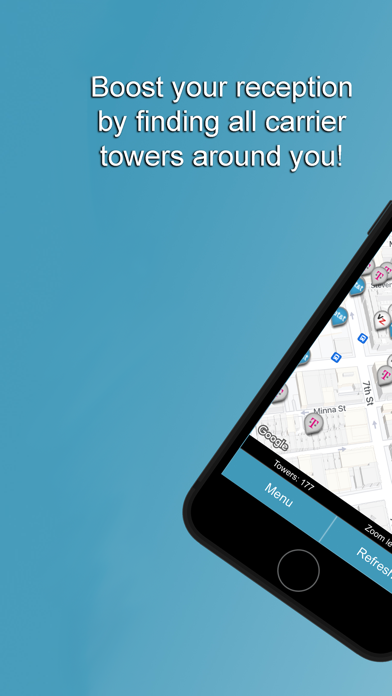 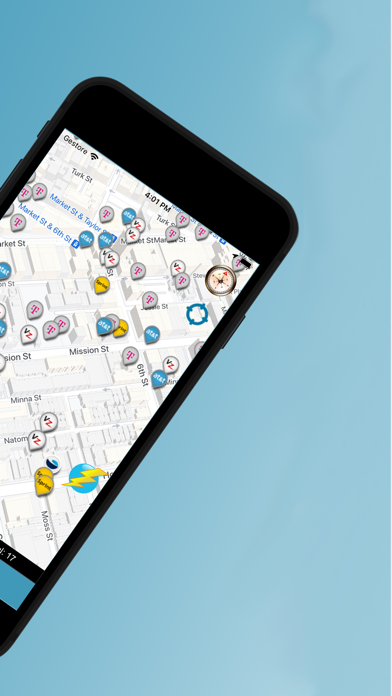 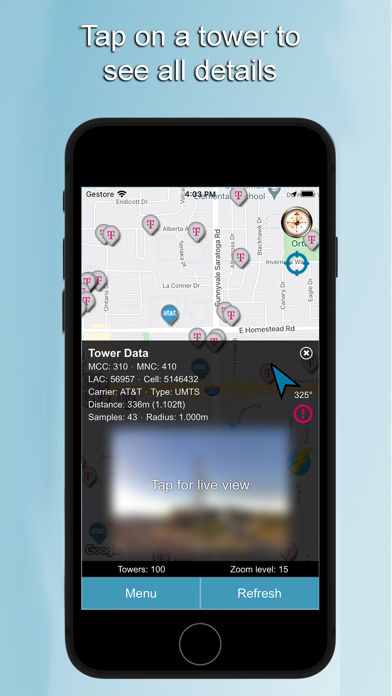 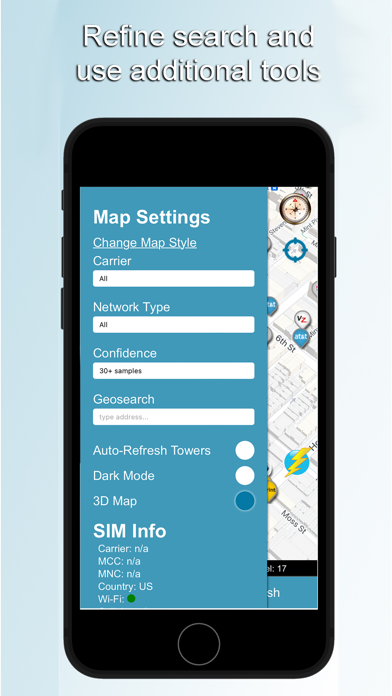 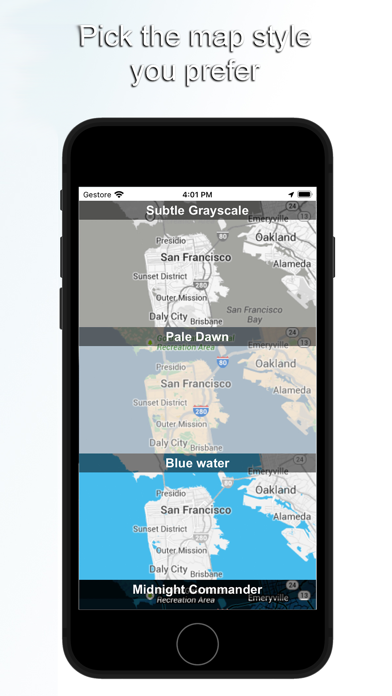 This app is useful for its intended purpose but unless you pay $99 a year to unlock it, you are going to be bombarded with pop up windows asking you to pay for every single feature this app has - one at a time. It’s non stop bombardment which gets annoying really quick. I would certainly pay to unlock all the features but not for $99 a year - not this app. The UI is clunky and it lacks polish to be asking $99 a year. In my opinion, it’s worth maybe $20 for a lifetime unlock.
By CatcherMBlock

This app is the worst/fraudulent in nature

I have never taken time to review an app. However, I have never experienced this level of unethical business practices. I downloaded the app and was asked to pay 1 dollar to use it. After paying the dollar I was able to find a tower as planned. Then suddenly it went into rapid advertising and gave me an opportunity to by the premium version to get rid of the debilitating adds. In short the adds block your ability to use the app. Look elsewhere or you can get the same for free on the www.
By Daraund

Really helps out
By airbornenate

Ads galore and data is wrong.
By RDJCA

I like to see if towers pop up and disappear.
By Jasondocanto

App keeps asking for me. You keep shelling out and it doesn’t provide anything. Apple shame on you for letting in this scum of the walled garden.
By Esclavosoy

To expensive, just for a live view it’s 1 dollar for a one time view of a tower
By Sethk26

Deception and scam - do not install

App does not deliver advertised functionality. Repeatedly demands .99 to “show me” functionality that never works. This app is a scam to bill customers out of money as they try to get the app to work. Deceptive, dishonest, does not work as the app maker claims. Scam. Do not even install this app. It will not work but will take your money while you try to get it to work.
By BarelyToleratingComputers

Easy way to find local towers. Great for those who travel frequently.
By chiefchavez39