[Updates from Version 2.0.0] - iCloud Save Data Compatibility iCloud save data from ver. 1.2.0 and older versions is incompatible with ver. 2.0.0 and later versions. Please save the game using the in-game save feature before updating to ver. 2.0.0 or later versions. Please note that iCloud save data from ver. 2.0.0 onward will be compatible with ver. 2.1.0 and later updates. - Quick Save Warning Due to changes to OS features, Quick Save cannot be performed in battles. We apologize for the inconvenience and thank you for your patience and understanding. [Other Important Notifications] - Quick Save (auto-save) data is erased when the game is updated. Please use the in-game save feature before updating to the latest version. - The app requires a fair amount of memory and may not load while other apps are running. If the app does not load, please close all other apps and try again. ===== [Version 1.2.0] ■Refined Graphics All of the game's unit graphics have been redrawn in high-resolution. Don't miss this chance to play the sharpest, most beautiful FINAL FANTASY TACTICS yet! ■Improved Draw Speeds The graphic drawing processes have been optimized for mobile devices. Say goodbye to choppy motion and crash bugs, and play with the quickest, smoothest abilities effects and animations to date! ■iCloud Support A save slot which allows game data to be saved to iCloud has been added. It is now possible to migrate game data across multiple devices. --- Final Fantasy Tactics: The War of the Lions has arrived for iPhone/iPod touch! Released as the Final Fantasy series' first tactical RPG in 1997, Final Fantasy Tactics on Playstation went on to sell over 2.4 million copies worldwide. The game grew in popularity upon its re-release in 2007 as Final Fantasy Tactics: The War of the Lions for the PSP with added features such as new movies, scenarios and Jobs. Now, in 2011 the game has finally arrived for the iPhone/iPod touch! You can enjoy the game whose story gave life to the world of Ivalice, and whose high strategy battles bring tactical games to a whole new level. ■Game features - Intuitive Touch Screen Controls The complex tactical game can be effortlessly and intuitively controlled by simply tapping units and menus. Gone is the old method of switching fixed map views - you can now rotate, move and change the size of maps as you please by sliding and pinching. - Improved Loading Times Loading times have been improved to get you into the action quicker than ever. What's more, you can even skip certain cut scenes. 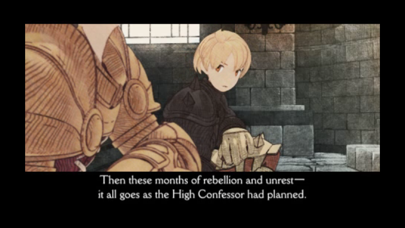 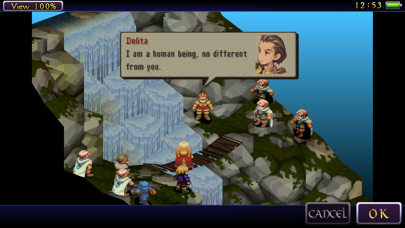 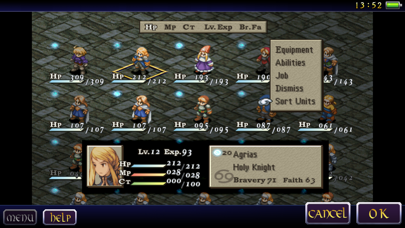 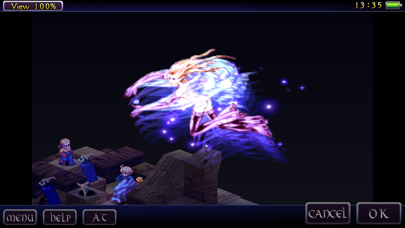 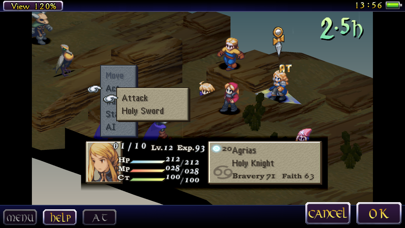 My favorite is FF7. Tactics is my second runner up. This game would be perfect if it has controller support along with touch.
By Bongonan

I have a life other than my phone

The quick save is a must have and I had to delete the app when you took it away. I have kids and a life, I don’t have a guaranteed 30-60 minutes of uninterrupted game time and I hate losing all of my progress because I didn’t make it to the next save area. It’s a shame because this is truly a wonderful port of an amazing game otherwise. Bring back mid-battle quick save please!
By so done with the chest timers

I am still waiting on a fix pixel text front is blurry. Why do a lazy job and are you not seeing it? Even with iPhone XS, pixel text front is still blurry. I don’t see the point just redraw and leave text alone not high resolution. Text front in pixel blurry in dialogue or menu select characters or save files. Some word you see sharp like bravery. Word squire you see pixel blurry. Full screen display and get rid of two side black screen to cover the size fit of X or XS iPhone. It doesn’t need it. I feel like game not use all the size of big phone which is the waste. Story the animation, but it is not in full screen. PVP feature to be add it or psp Version multiplayers
By Eranrez

This game has been out for years, and it still does not support the full screen of the iPhone X and above. This is a joke, that they haven’t even attempted to update this.
By TriEdge D Trace

I enjoy the gameplay but can’t get any audio from the game. I’ve tried everything I can think of to get it to work. It’s pretty lame that you can charge as much for an old game like this and not get any sound effects, no soundtrack, nothing.
By spalding117

Perfect remake for the best TRPG ever

Final Fantasy Tactics (FFT) was a Tactical Role Playing game that taught me so much when I was young and played it (and finished it a dozen times) on the first PlayStation. It always had a certain atmosphere and depth to its story as well as its leveling/class/battle mechanics that I couldn’t accurately describe. When this new version, War of the Lions (WotL), came out I was dubious as to its quality and concerned that its spirit would be diminished. Boy was I in for a treat: Not only did Square Enix deliver an amazing remake in HD but they also expands greatly on the original, enhancing that same atmosphere and depth that I so passionately craved with additional CGI cutscenes, gear, jobs (AKA classes), and secret characters. That’s not all! They also completely revamped every piece of dialogue throughout the entire game to match the atmosphere that made the original unique, which cemented this remake as a true work of art and love. The updates and support this game received (even though it was originally produced for the PSP) after being ported to other mobile platforms is an example of this game being an in-depth work of love. Did I mention the story is unique and intriguing all throughout? It’s like a good book; keeps the reader interested, contains original content, and the plot twists do not disappoint. I have played thousands of games and completed the vast majority of them. Final Fantasy Tactics: War of the Lions is, and (until I find a true successor to it) always will be, my favorite game of all time. I don’t have time for games anymore, but now and then I still pick up this old friend and relive some memories. It was on one of these occasions that inspired this review. I am not one prone to hyperbole, but I wish I could rate this above the 5-star limit to promote a greater awareness of this game’s quality. Its price is a steal, I promise you won’t regret it and you will be thankful you gave it a shot.
By Fligglebleh

Excellent game, and the most complete version of it. Graphics seem solid, and I haven’t noticed the infamous PSP slowdown from the original. Only gripe is the controls. Controller connectivity would be perfect for this game, given how touchy and critical controls are.
By Bradums

I love FFT. Always have. When I bought it for IOS I was really excited...until I found out how much I hated using the touch screen. Square Enix, PLEASE PATCH THIS WITH MFI SUPPORT!!!!! I would carry around my PS4 controller everywhere if this were enabled. The touch screen controls slow everything down. 1 Star because it’s an amazing game. Those missing 4 stars are trying to get the message across. DO NOT BUY THIS GAME UNTIL THEY’VE ADDED CONTROLLER SUPPORT! You’ve been warned. You’ll hate using the touch screen.
By QuaylinCam

I love this port of the game. The only thing I would love if it was added was the online pvp matches the psp port had.
By LordOfBlades

This game is awesome my favorite all time. Is there any way that square Enix could do an update to implement the PS4 controller feature, that would make this game even better. I kinda feel like you have forgotten about this game.
By Thebossromo