By The Dallas Morning News

The Dallas Morning News ePaper provides a digital replica of the morning paper, but also has so much more. You can still take your morning paper wherever you go, but the ePaper also has an evening edition, allowing you to stay up to date on breaking stories that day and give you a sneak peek at what is to come the next morning. No matter what time it is, you can stay up-to-date with your favorite reporters and columnists in an easy-to-read format. Downloading the app is free, but you will need a subscription to access the paper. The monthly and semi-annual subscriptions to The Dallas Morning News ePaper are auto-renewing subscriptions. Upon purchase, you will receive access to The Dallas Morning News ePapers. Prices for the subscriptions are $4.99 for one month and $29.99 for six months. Payment for this subscription will be charged to your iTunes account upon purchase. The subscription will auto-renew within 24 hours of the current subscription expiring. Auto-renewing subscriptions can be managed via Account Settings allowing them to be turned off. No cancellations of the current subscription are allowed during the active subscription period. Terms and Conditions: https://www.dallasnews.com/help/terms-of-service/ Privacy Policy: https://www.dallasnews.com/help/privacy-policy/ 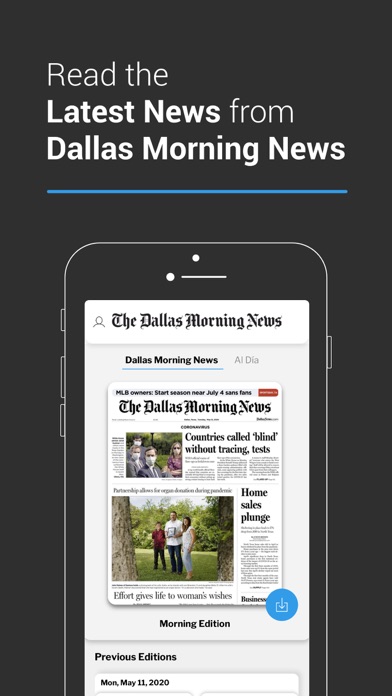 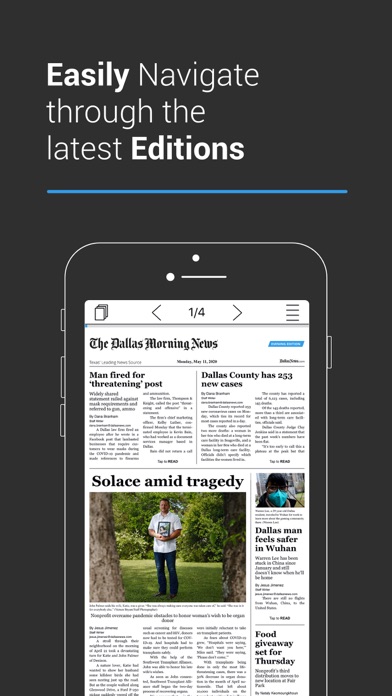 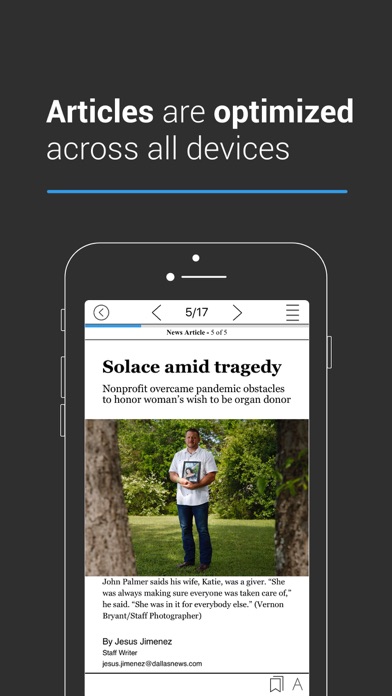 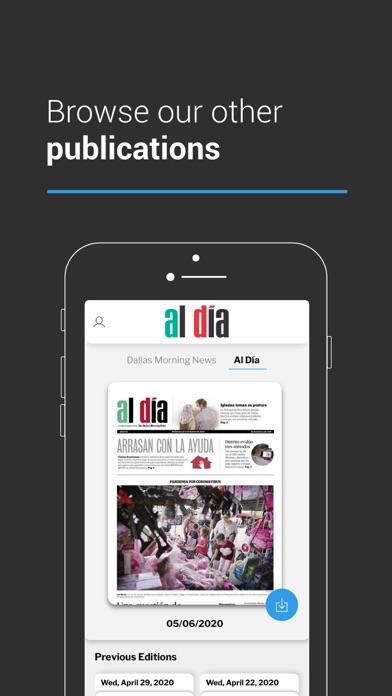 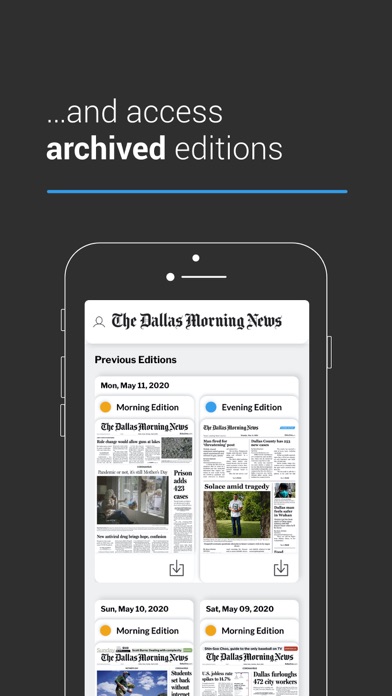 Way too liberal for real Texans
By signmsn

After downloading the online version to read when offline, the paper will not load once offline. It tries to update.
By Gemax01

Very disappointed in this app...

The DMN app is so much inferior to virtually all the leading national digital newspapers that it begs one question: is the readership so paltry that they are unwilling to invest in it? I would love to say otherwise but this app does not do even basic functions well enough to justify the price of the digital subscription. DMN you can and should do better for a metro area of this size.
By grownup2

I read many newspapers daily, WSJ, Financial Times, DMN, etc and the DMN is far left liberal propaganda. But I think the writers are unaware of their inherent bias and lack of objectivity . I base this on the fact that I had met a writer for the paper and they were oblivious to their lack of professionalism and lack of objectivity. They were young and inexperienced in life. The left leaning political bias can be seen by anyone within a minute of scanning the front page.
By zgeo1235

I download the paper to read on the airplane and always make sure I clear the cache. Never opens for me on the plane- so frustrating.IT never does help. Shouldn’t have to reinstall app every time.
By Fdmns

The system has a big bug: when selecting an article of interest to share via email or text, 99% of the time the wrong article is sent. It’s impossible to share or save an article of interest. You think you are selecting the correct article only to find another article is attached to the email or text. If you fix this big bug you go from 1 star to 5 stars. I love the app and reading the paper on my iPad, except for this issue. Additionally, the paper’s editorials are still slanted to the left, but I have noticed over the past several months an effort to share opinions from the right as well. The columnists are almost 100% biased and always report from a left’s viewpoint. Need to hire more balanced reporting columnist for the paper. I prefer balanced reporting of the facts and not biased reporting either way. I am intelligent enough to have my own opinion from reported facts and not be schooled or told what my opinion should be.
By Jim Lomonaco

Become super liberal anti republican over the past year. Does the same company that owes left becoming Fox News now own you. Should be ashamed of yourself lying to the public
By wanting the whole truth

The paper only provides a liberal point of view: one side. I have dropped paper twice. Now only take electronic version as I need the real estate news. I take the WSJ. We need the Times Herald back, competition. Tough business but they need to understand their subscribers are not 100% flaming liberals. Fox News is about to learn the lesson with less viewership dropping.
By Dartmouth3708

Can’t even make myself to read this paper most days. The comics are the only redeeming feature.
By you asked, won't accept

No in depth reporting. We have 200 homies and the DMN never puts that in a story..victims matter!
By Tarheeks25

More by The Dallas Morning News