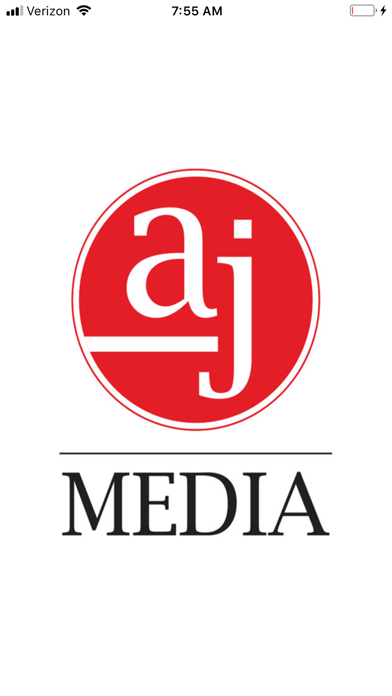 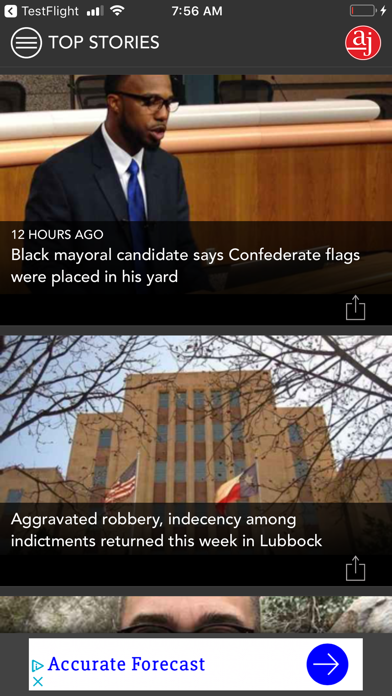 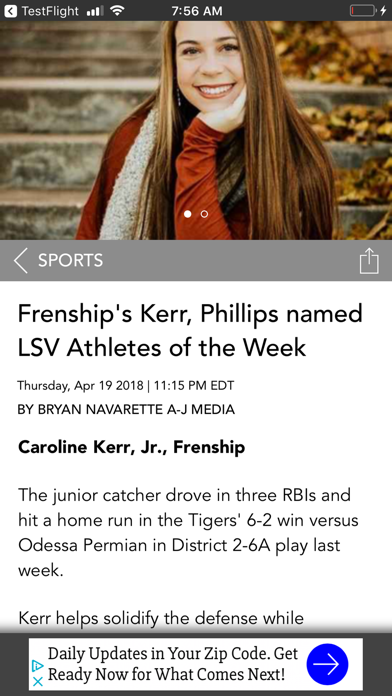 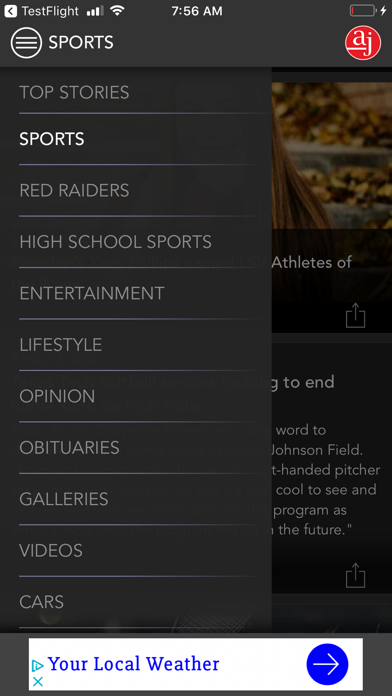 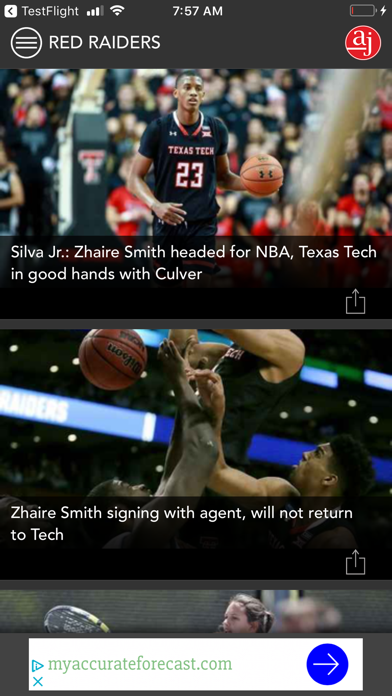 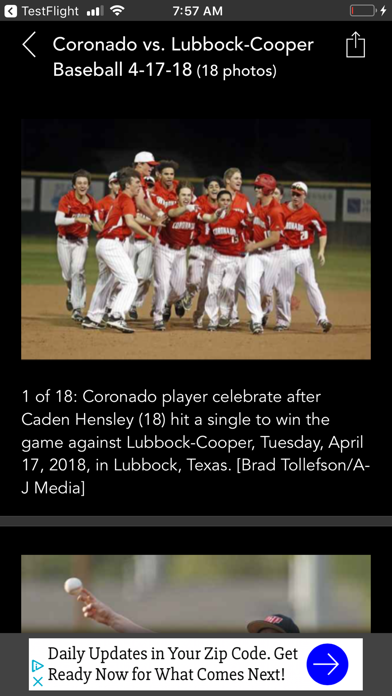 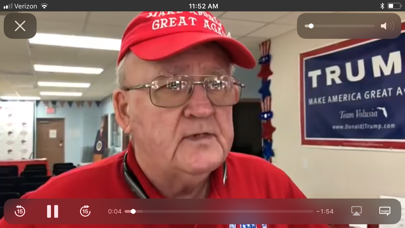 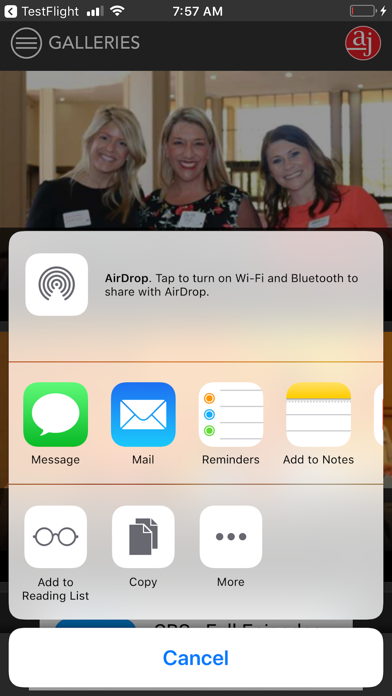 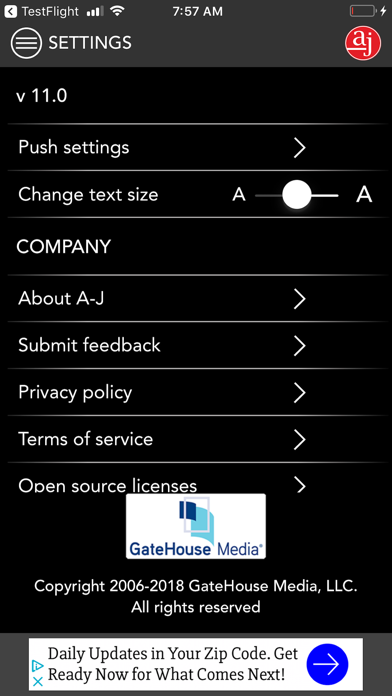 I loved having the newspaper format. Hate update! If i wanted my news in this new format, id cancel the AJ & just read other news apps! I should have the choice of format like before the update! I think i WILL cancel!
By BuckingPony

I have used this app for keeping up with the Lubbock and surrounding area news since I moved out of town in 2012, along with the obits. I can’t even count how many times I get kicked out and have to completely start over from the beginning to find where I was and try again, only to have it happen all over again. Today it shut down completely four.. yes FOUR times, while I was trying to read the obit of a friend, I’m TOTALLY FRUSTRATED with this app! The app has been updated and format is much nicer, but that doesn’t help if you keep getting shut down. Also, when you find an obit that you need to go into to read the entire thing, this app won’t let you go back to the page where you were... NO, you have to go back to the beginning of the obituaries and start all over again! The really frustrating part about this is that it has been this way since 2012 to my knowledge (maybe longer)...there is no excuse for this not being changed for such a long period of time! I gave it only 2 stars, simply because the app has been updated improving a few other matters... but that’s probably 2 stars too many!
By CC4me

While it's good when you catch the notifications on your screen, if you missed that notification, good luck trying to find what was the breaking story 30 seconds before. Also, needs a way to keep the username stored. Having to type in email and password every time you're trying to read a story is a nuisance and only convinces me to try another news app to find what I need.
By QueenDe

I don't like to write negative reviews, but in this case I'll make an exception....for me, this app is useless. When I get a news alert and click on it, it either freezes my phone, or crashes and doesn't take me anywhere. Mostly it takes me to the app where it is impossible to get to the story. Please update or fix so that I don't have to delete the app. I have put up with this for a lonnnngggg time!!!
By Lgrass

This app doesn't even deserve a rating. It is horrible. And you can tell how much the AJ staff cares. Hasn't worked for a long time. Think you might want to get it corrected if you want to promote it????
By PaPaw4

Don't bother. Better news coverage almost anywhere else. Does not load right. No photos. iPad app is excellent. This one is not.
By Lifetime newspaper reader

The app seems not to work well at all (iOS 8.1.2, iPhone 6+), with most sections missing content and no photos being displayed. Bugs, or is this abandoned?
By ScienceSurfer

Used to be much better. It doesn't fit correctly on the screen. Old version included the temperature

I've deleted and re-installed this app twice but it simply doesn't work...!!!!! No wonder newspapers are going out of business...
By LadyinLubbock

Nothing loads. Doesn't work.
By Flightcanadian