Score: 5
5
From 1 Ratings
Free On iTunes

Bring Yachting Magazine to life with the iPad and/or iPhone App. Check out our digital editions and have the convenience of having your favorite magazine on demand. For over 100 years, Yachting’s world-class editors, talented writers and award-winning photographers and designers have delivered the monthly content that passionate boaters crave. Each month, Yachting educates and entertains, with arresting articles that reflect the spirit of the sea and preserve its traditions. New and classic yachts, breakthroughs in technology and design, seamanship tips, cruising destinations, the latest in electronics and equipment, exotic charters, current events, the history of the sport — you’ll find it all in every issue of Yachting. ***With annual subscriptions ***Enjoy a FREE Preview Issue. Go into the in-app store by pressing and holding your finger on the screen and you can download a FREE preview. If you like it, buy the full issue for US$4.99 or subscribe. How Subscriptions Work: You may purchase subscriptions to Yachting through the in-app store. Payment will be charged to your iTunes Account at confirmation of purchase. Subscriptions available: - 1-month subscription for US$1.99, automatically renewed until canceled - 1-year subscription (12 issues) for US$19.99, automatically renewed until canceled AUTOMATIC RENEWAL FEATURE: Your subscription will automatically continue (another month for monthly subscribers, another year for annual subscribers) unless auto-renewal is turned off at least 24 hours before the end of the current period. Your credit card will automatically be charged for another subscription period at the current subscription price. You can manage your subscriptions and turn off auto-renewal by going to your iTunes Account Settings after purchase. Subscriptions cannot be canceled during the active subscription period. For more information, read our privacy policy and terms of use. http://www.bonniercorp.com/privacy-policy https://www.bonniercorp.com/terms-conditions/ In this app you will find these features: • A free sample issue • The ability to buy a single issue or subscribe monthly or annually. • New high resolution image featuring Pinch & Zoom • Social sharing • Complete cover-to-cover issue (including all adds) 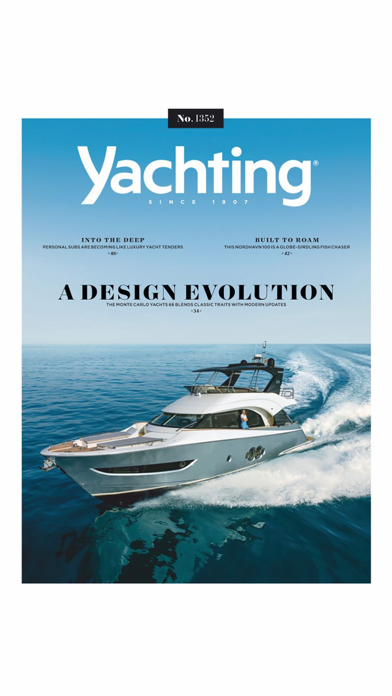 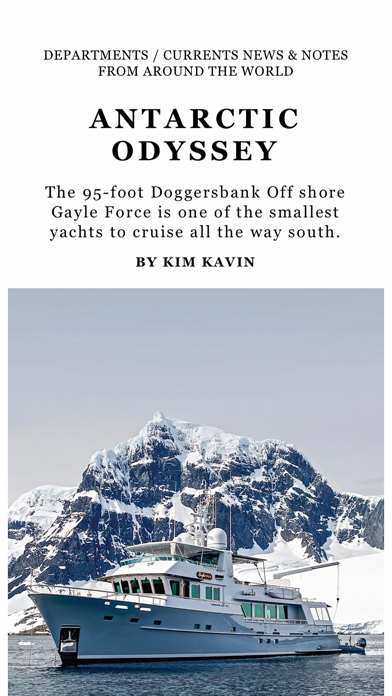 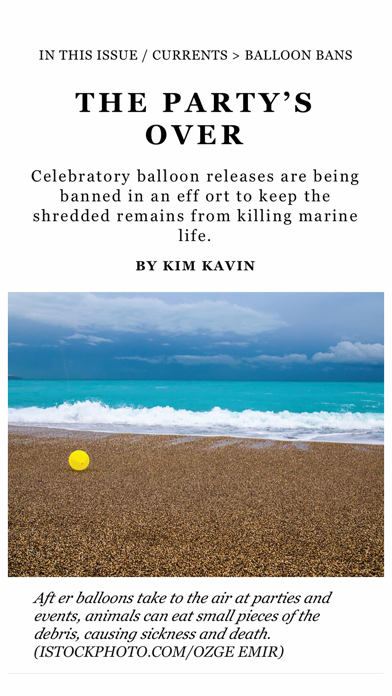 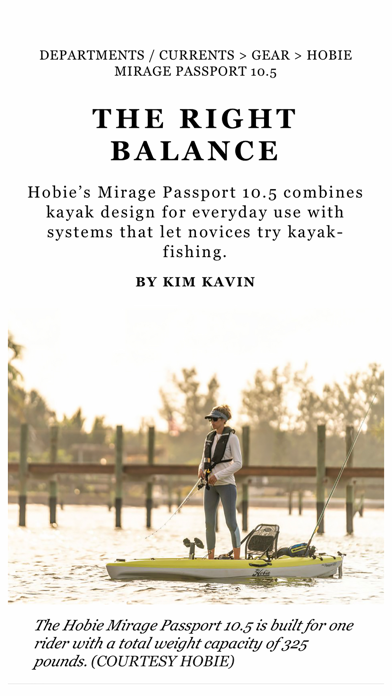 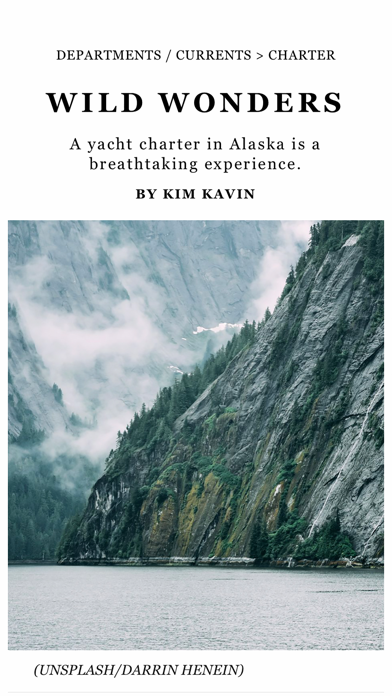 Wow, as bad an app as I can recall

Created acct. logged out. Logged back in. Tried to build library. Entered a mobius loop. Gave up.
By Dontkare

It seems this app has stopped working. When you try to download a new issue it says "Error - Unable to connect to server". This has been happening for the past week now.
By S4Liberty

Need an update for iPhone 6 plus

This will not open on my 6 plus. It does however open on a iPad Air 2. So this is not an IOS 8 issue. Also, it would or should work in landscape view. As long as you keep it like that, the paper version is better. Would be nice to see two pages together.
By Eye fold

Yachting Magazine is to the Yachting Public as "Naval Institute of Proceedings" is To a Navy Admiral. If you own a Yacht it is a necessity to have a subscription to this Magazine. The articles they put every detail you need to know. They are well written---missing nothing. Simply put, if you own a yacht yotfu need this magazine! If you are thinking about buying a yacht you better subscribe because you are going to need what is in it at some time, sooner or later. You will regret it if you don't!
By RHPRE

App never opens. Crashing each time. Delete the app, re-download the app then re-download every paid edition. Works ok that one time. Once I close and re-open the app it crashes again, this is for every version they have produced. It shouldn't be this difficult to engineer an app that works. I have plenty of space so that isn't an issue. Reboot does not help either. And zero tech support. It is their app they should not run you around. They have no problem automatically billing you each year but can't be there to support you. Don't waste your money on any of their crap
By pbrown061

It still terrible after a useless update, didn't optimized for iPhone 5 as its said.
By shawming

Magazine repeatedly crashes making it impossible to read. Not as stable as most of the other iPad magazines. Finally gave up and deleted the app.
By keithkleinmd

I've purchased several magazines from Bonnier (the company behind Yachting and many other magazines) through newsstand. I've had several very frustrating issues with more than one publication, all to do with downloading the magazines to my iPad. When I've called for help, I get the run-around from all parties involved. When I call Bonnier, they tell me that Zinio handles their digital subscriptions, and that I must call them for help. When I call Zinio, they tell me that they don't support the newsstand app, and that I must call Apple for support. I can't call apple because my iPad is past it's AppleCare support time, so I email them, and they tell me that I need to call Bonnier for support. It's like a hot potato that no one wants to hold. Meanwhile, I have paid for a subscription to Yachting that I cannot access. The app says that I am subscribed to the magazine, but every issue shows up as me having to pay $4.99 to download it. My suggestion is to stay away from Bonnier magazines, at least until they get the bugs worked out.
By NativeTexn'

Why do I have to pay for digital

I get a subscription and I am not pleased that I have to pay for digital copy. I get my other subscriptions as digital and hard copy.
By whoone