Whether you’re a prepper, chef, household manager, small business owner, or just someone who wants to be organized, Prep & Pantry will help you keep track of what’s on hand. Know exactly what you have on hand and save yourself time and money every time you go shopping! Know when your perishables will expire and keep from wasting food because it was forgotten! =================== Why You Need This App =================== • The money you’ll save will more than make up for the price of this app. • Designed to be able to work completely off-line, no internet connection necessary! * • Scan barcodes for quick entry and checkout. • Easily inventory items without a barcode. • Keep track of your inventory for multiple locations. • Quickly see when perishables are about to expire. • Sync and email lists easily with friends and family instantly for coordinated shopping. • You can inventory more than just food! ========== Top Features ========== - Unlimited locations, unlimited syncing, and unlimited item inventory. - Syncing is fast! Changes appear only moments later on all the devices in the group! - Track multiple expiration dates for any item, of any quantity, in any location. - Inventory items both with and without barcodes. - Fast item look-ups from our online database featuring over 1.5 million items and growing every day! - Easily move items from one location to another. - Track the price and purchase history. - Several reporting options including exporting to CSV. - Easily add items to your shopping list. - Shopping lists are sortable by store. - Quickly attach item photos; see the exact item you are looking for. - Tagging. - Intuitive, uncluttered interface. - Sync your inventory and shopping lists between your iPad, iPhone, and other mobile devices. - Since 2010. Continuously improving and fully supported. *Keep in mind that for syncing and automatic online item look-ups to work you will need an internet connection. Have any questions or feedback? Please get in touch with our support team at support@prepandpantry.com 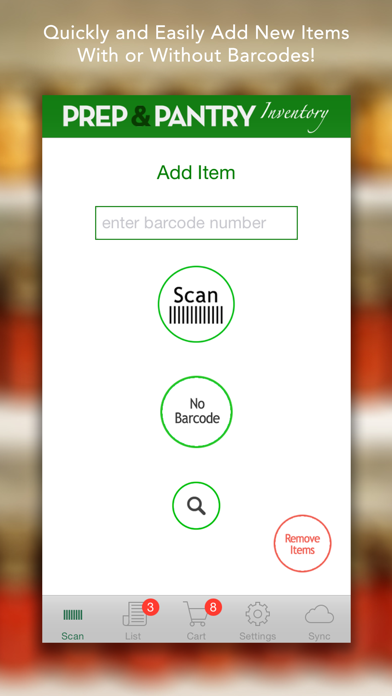 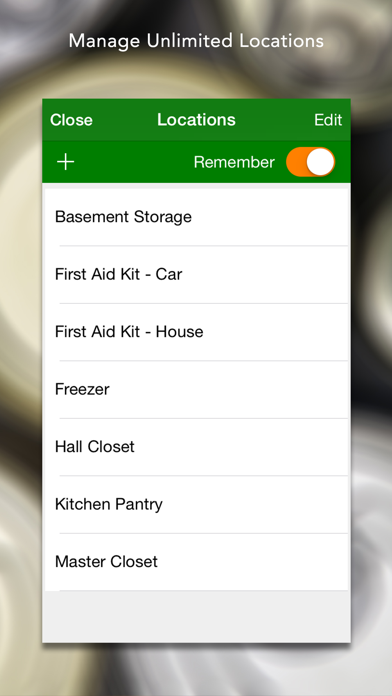 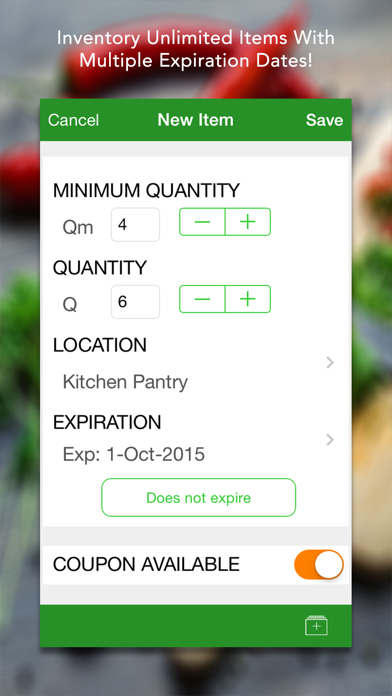 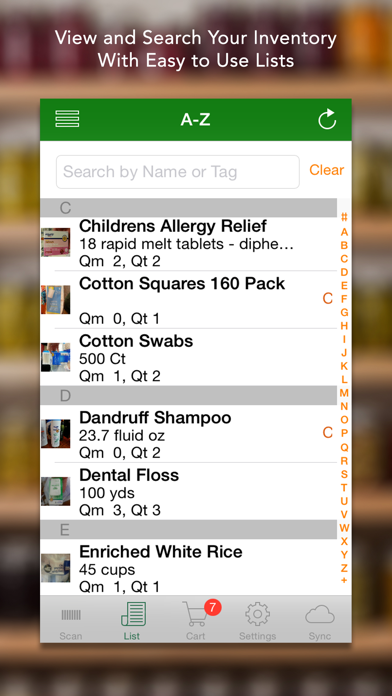 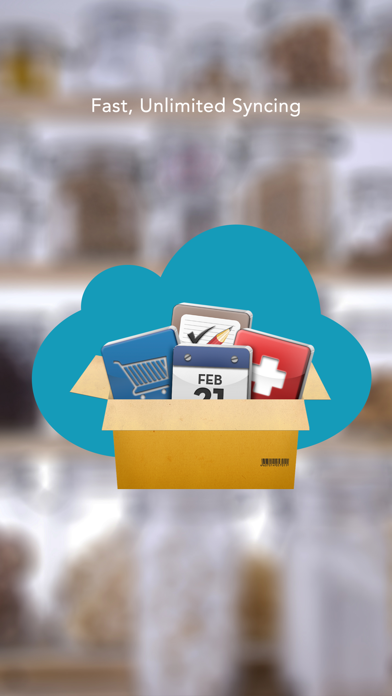 No updates in 3 years

Reviews indicate no support. Buying version also shows no scanning, no server,and no support
By Take the money and run

This used to be the most useful app I have ever had.Not any longer, its fallen by the wayside. I share many of the users complaints as well.Trouble reaching server etc. The developers should either update and address the complaints of the users, or pull the app. My husband and I are on a limited budget and having an accurate inventory helpful for our purposes. I suppose I will try to find an equivalent app in the store. Too Bad
By Supermans Diapers

This used to be a good app, but it’s no longer supported and no longer works. They might as well just take it out of the App Store. The developers don’t respond anymore. They’ve apparently moved on...
By Ineedadrpepper

Would you update this app soon?

I love this app but it needs an update. Your support link doesn’t work. I really would like to know if you will update it. Please respond Thank you Regards, S
By I_say_this

This used to be a great app and I recommended it to everyone. For the last few months the data base didn’t work. iOS 12 logged me out and now- everything is gone! No response from support, either. I’m too busy to try to make this one work, thanks to another reviewer I’m off to find a new app. Boo!!
By KatieGramma

No updates in over a year - Bugs still exist

UPDATE June 2018 It’s two years now and still waiting on bug fixes. But wait! There’s a new development!! Two important functions have stopped working. Waiting 3 weeks now for Tech Support answer: * Cannot retrieve product descriptions from foods database. * Cannot sync. When trying to sync, program asks me to Join or Start a sync group. Can’t join one cuz password to my data is lost and there is no way in the app to retrieve it or change it. Fortunately I was able to export a CSV file with my stuff, but that means re-entering all my inventory to a new app BY HAND. The symptoms suggest that certainly the app, and possibly its creator have been found dead beside the road (euphemistically, of course). For now, P&P is dead to me. I guess for a couple of bucks, what can you expect? I paid the fee for the Home Food Storage app by Long Term Glass Wares LLC so I could evaluate it. It compares favorably to P&P (when it works) but I’m not sold on it yet. I’d like to see more product reviews from those who have used P&P, sharing their experience, but also may have first-hand knowledge of other solutions. One good point in Long Term Glass Ware’s favor is that they have good app doc on their website. It’s a little thin, but accurate. Perhaps they will continue to improve it. Original post follows (Fall, 2017) .............. There are still a number of bugs in this version. 1. Changing item and group names is convoluted at best 2. No documentation of how to use the shopping cart. Can't remove things from the cart, so it gets bigger and bigger. 3. Move function has been in Beta for at least a year. 4. Adding items from Item Detail using the folder icon does not always work. 5. Zero and Expired Items report is useless. It should be a CSV so it can be manipulated. 6. Save Only option does not provide a way to access a report since iTunes app does not exist on iPhone or iPad (like it does on PC or Mac). 7. There are more, except they don't easily come to my mind. This product is now NOT worth the $7.99 price.
By Chuck-in-Mich

Was a good app but it will no longer sync and support does not reply.
By attack guardfish

While the functionality of this app was great, the stability was terrible. The only work around was to delete the app, reinstall it and then re-sync the database. Now it appears to be impossible to sign in to re-sync, making the app useless. Emails to support have gone unanswered.
By CyberSecDoc

Been using for years, loved the product but it recently crashed and I tried contacting them, never got a response. I have 4 years of info on the app and now I can’t access it.
By Maddie NY

Was good, now a BAD app

This used to be a great app, but hasn’t been for over a year now. The original developer (Doug) was fantastic, but the time investment was too much and he sold it to Patrick Media. After that, there have been no updates or fixes (Doug did do a couple fixes post-sale, as well as rectify the database debacle that occurred soon after the sale as well). The bugs (as stated in other reviews) are numerous, and crashes frequent. One annoying one is that on the iPhone version, a non-inventory item can’t be added to the cart. After typing the first letter, the keyboard disappears. Fortunately, my wife has the Android version which doesn’t have that particular flaw. I continue to use it because my inventory is huge and I’ve learned how to work around the bugs, but all it would take is another DB crash (somewhere in the cloud) and all would be lost. Not confident that Patrick Media, based on past performance (no answer to support requests, no updates whatsoever, etc.), would be able/want to recover. Don’t waste your money.
By BicycleTom