Spanish Translator is an iPhone application that TRANSLATES ENGLISH WORDS AND PHRASES TO SPANISH, accurately. So when you use the application, you can be confident that you’re saying the right thing and . No guesswork. No sign language. No confusion. Once you download this application to your iPhone, you’ll have the Spanish translation of words and phrases at your fingertips. PRIMARY FEATURES 1. TRANSLATE ANY PHRASES. Translate any phrase such as I want to exchange dollars, Take me to the airport, Can you help me etc and translate them to Spanish 2. Bookmark your FAVORITE phrases. 4. Copy and paste from the app 5. EMAIL TRANSLATED PHRASES 6. Source can include many different languages like English, French, Japanese, German, Dutch etc. 7. Internet required NEW 1. Text to Speech. Read the text version as WELL AS PLAY THE MP3 file for the translated phrase in Spanish, so you can be sure of pronunciation and meaning. 2. History of recent phrases translated. No repeat typing. With this application, you’ll have one less thing to worry about when planning a trip. So, the next time you are in Mexico, Spain or anywhere they speak Spanish you will not be lost trying to get a taxi. Max 10 queries per day on the Free - No Restriction in Paid You can read Terms of use http://www.shorelineanimation.com/terms.html and Privacy Policy available at http://www.shorelineanimation.com/privacy.html 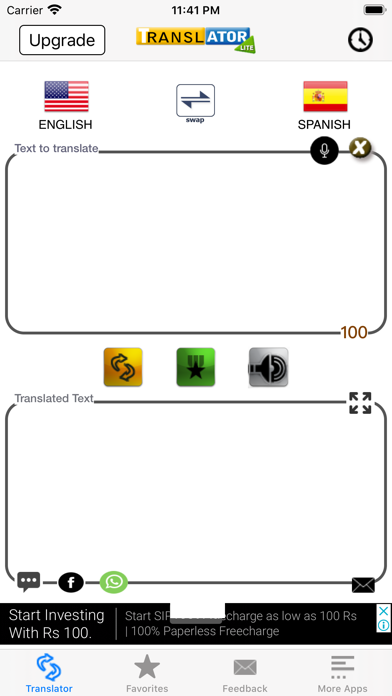 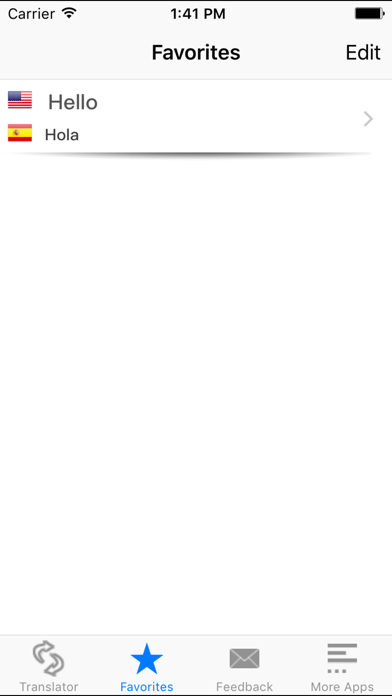 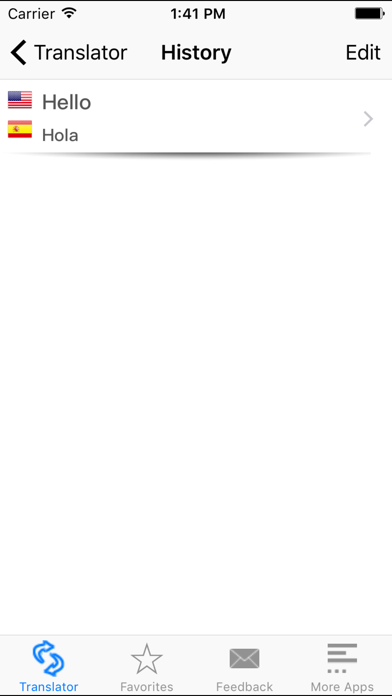 This app is so easy to use. I’ve been using it along with my online Spanish lessons and have tried other apps too. None of the others are anywhere near as good as this or is easy to use. I love how easy it is to switch from English to Spanish or Spanish to English by just touching one button in the middle instead of having to redo the whole set up. I decided to pay the subscription fee which is very reasonable because it’s well worth it and I do think that anybody who puts together such a good app should be rewarded.
By Harmony09

This has literally saved my Spanish grade and is better than every other translation app. Plus the wait after is only a hour which rocks!
By lostgirl44

Is anyone having problems downloading file?? It downloads just like normal, but when you click on app in opens and disappear in a second; anything would help, i love this program!! Thanks!!
By Gotcurv

This app use to work fine (although I never figured out how to make the one time payment to remove the ads ) now it just crashes when I try to open it. Tried deleting it and redownloaded it and it still crashes upon trying to open it . It’s useless !
By Super.Meerio

Used to be a great app but since the last update it won’t even open.
By Brownmeow

I am in school and we sometimes have to learn Spanish-I mess up sometimes-and my relatives are Spanish/Mexican and all of them talk Spanish only so I learned and had a whole conversation in Spanish without stuttering or something 10/10 would recommend!!!!!!!!
By ramen-queen12347

The app worked fine, but then gave me an error message after I’d used it 15 times and said I had to pay to continue using it.
By jzsdgk

I have always had a hard time learning Spanish. Like I'm never entertained enough. once I found this app I have been getting so much better! you get to learn what you want to, it's a translator!
By anoynmous shadow

All DisneyWorld Maps with wait time