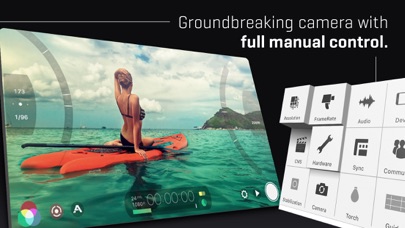 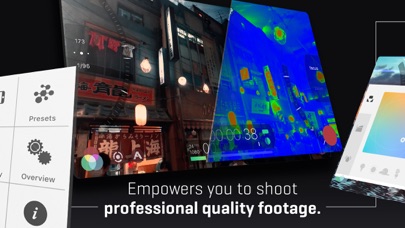 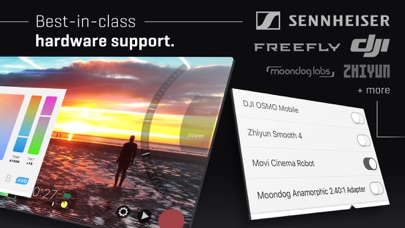 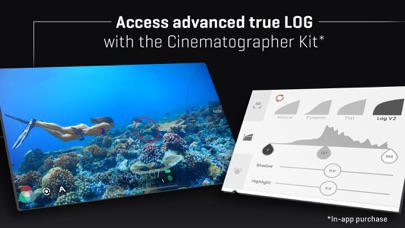 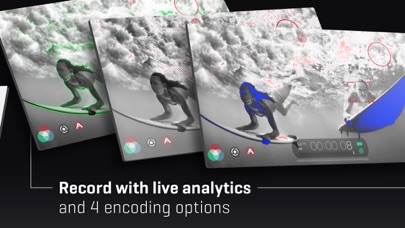 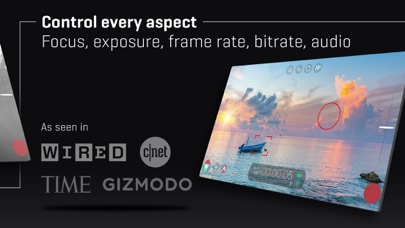 Fantastic video graphing app with so much control...as long as you’re recording under 30fps and pay and additional $13 (which I was billed $21 for). You get what you pay for, but you also pay what you’re tricked for.
By Caleb Whitman

I’m conflicted on it

Before buying this app I watched a few reviews to see if it’ll work for my needs, and I was happy with what I saw. What the reviews didn’t mention however, is that they were using the full package, with Cinematographer Kit, which isn’t included in the steep $14.99 app price. At the $14.99 price you’re buying a basic camera app, which doesn’t give me much more than the free apps that come with my phone. The Cinematographer Kit, which is the entire reason I bought this app, costs an ADDITIONAL $13.99, and must be purchased to gain access to those features. This practice is called ‘Bait and Switch’ and used to be illegal, but apparently not anymore. Secondly, some of the features of the app, such as switching between lenses, can easily be added to the front interface without the user having to click a tiny cog wheel, finding the lenses section, selecting another lens, then clicking away twice. Seems to me like there are easier ways. I like the idea of the app, but the extra cost for something that I considered the sole reason to buy the app in the first place, left a sour taste in my mouth.
By mgsipa

I have emailed about this issue in the past and there has been no resolution. I specifically bought this app to use my air pods as a wireless mic for recording YouTube videos. Every single time I open this app to make a new video and I connect my air pods I get an echo. I know to turn the volume down, I do this every single time and the echo continues. For me, the only solution is to delete the app from my phone and reinstall. Sometimes it works, sometimes it’s doesn’t. Today, it’s not working and I’m super frustrated. Please fix this issue or tell me how I can fix it, other than just turned the volume down, because that doesn’t work.
By LovelyLauraloo

I’m a long time fan of Filmic’s unmatched LOG and FLAT gamma curves for added dynamic range when color grading in post. They’ve recently added 10-bit SDR support for iPhone 12 series devices. This, in combination with LOGv3, produces previously unthinkable dynamic range for video captured on a smartphone. This app continues to be a must-have for any professional filmmaker shooting on an iOS device.
By gfilm1

The best just keeps getting better!!
By JRAA77

Great to have 10 bit video
By _Read_This_Review_

Tried everything. Will edit review when you explain what I’m missing or fix the bug. Literally only got this app to record with AirPods.
By AmaranthiaLaFlor

Nice Camera but cant do much with the film afterwards.

I’ve enjoyed using the app in place of a video camera, but its starting to prove to be a worthless app if i cant send the videos i make to my computer. I have an iMac. This should be a simple airdrop or file transfer, but its only been frustrating trying to actually use anything recorded within the app.
By chizie99

Where did focus peaking go???

Purchased this app 2 years ago and latest update the focus peaking and exposure peaking is completely missing in HDR mode. Please bring it back it’s extremely important! Just upgraded to iPhone 12 Pro Max and there’s zero focus peaking no “A” button anywhere on when in HDR mode!!!
By DigitalAviator