Connect to The Fresno Bee newspaper’s app wherever you are. Receive the latest local and breaking news from Fresno, Clovis, Visalia, Madera, Hanford and the Central Valley in California. The Fresno Bee report on the local topics you care about including local, weather, traffic, crime, sports and national news. Features of the app include: • Breaking news alerts and real-time updates. • The local news and sports topics you care about from around the Central Valley area. • View stunning photos and galleries of news coverage and events. • The Fresno Bee opinions, editorials and columns you love. • Ability to share stories and galleries on Facebook, Twitter or by email. • EXTRAS: Your subscription to The Fresno Bee app comes with complimentary web access to Fresno Bee site, as well as access to the eEdition. Subscribe to the app now and get your first month for $1.99. Monthly and annual subscriptions are available for $15.99 per month or $159.99 per year and include unlimited digital access to The Fresno Bee app, eEdition and Fresno Bee website. Your subscription will automatically renew each month or year 24-hours before the end of the current period, and your credit card will be charged through your iTunes account at confirmation of purchase unless auto-renew is turned off at least 24-hours before the end of the current period. You can turn off auto-renew at any time from your iTunes account settings. Read our Privacy policy here: http://www.fresnobee.com/customer-service/privacy-policy/ Read our Terms of Service here: http://www.fresnobee.com/customer-service/terms-of-service/ 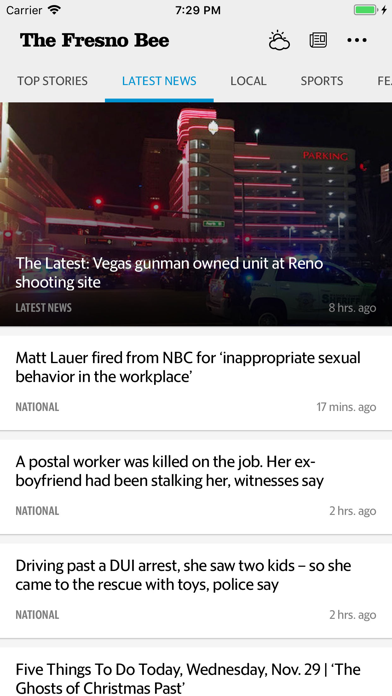 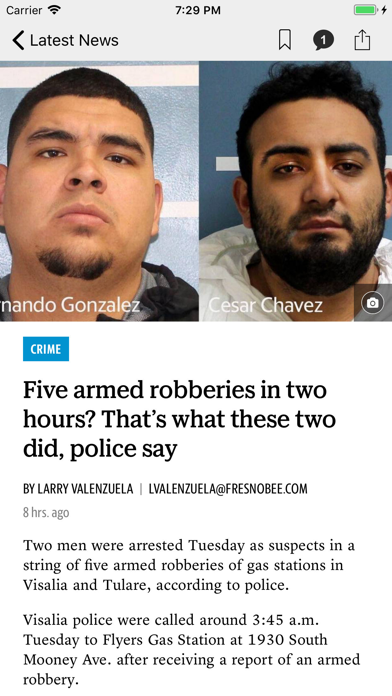 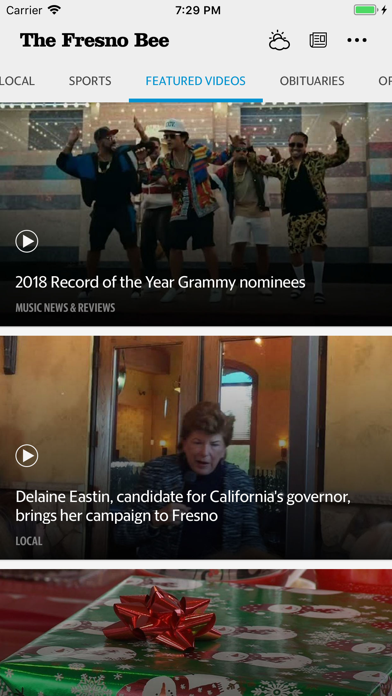 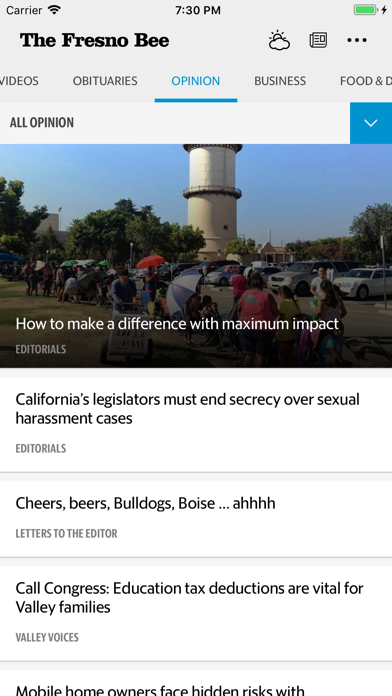 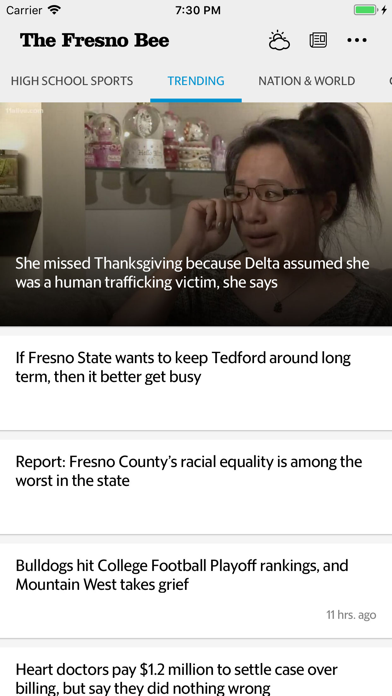 This is an upgrade?

This app is frustrating. The print doesn’t focus, pages independently increase in size and will not return to normal, when print does focus, it is often temporary. When my subscription is up, unless the app is improved dramatically, I will not renew.
By mathdrone

This app is poor as it keeps asking me to sign in even though it shows that I already am. Gets to be annoying!
By David GTS

Since subscribing through Apple account, I can no longer stay logged in nor will app allow auto fill of password. All other news apps I subscribe to allow this. The pop-in video ads that appear are irritating as they contain as they start unexpectedly after reading a few articles. Actually, it’s the same ad that keeps popping up. The news stories are often not updated as soon as local TV websites. The e-edition is better since it replicates the look of the newspaper with swiping gestures that simulate page turning.
By Sulu S

Useless for iPhone and iPad. Worked fine until about a month ago when the app was updated. Now I only get weird block images that look like blocks that would normally have print …only they don’t. Maybe not compatible with iOS 13 updates? Or maybe a collision of iOS 13 and Fresno Bee app update? Does not work at all on iPhone or iPad.
By garden tomatoes

I just want to read an article. Know what day the paper is. Too many ads.
By Bobhmcg

Very poor app. We bought a subscription and there are still ads

It’s a very poor app. I can see why the traditional newspaper business model failed. Those who are in charge are idiots. We bought a one year subscription. Normally one would expect an ad-free environment. Nope. Not with this news paper app. Ads pop up. Managements short sightedness and their need to make a fraction of a cent on ads is totally insane. After this subscription is over, so are we. These cry baby news people are their own downfall. Don’t get this app. Get apps from news organizations. Their apps are far better. True, those apps have ads. But it doesn’t cost you a subscription fee. And the apps are far more user friendly. Better reporting. You won’t feel like you got ripped off by some idiot looking to get rich off of clicks.
By RipOffStayAway

You already have ads everywhere and now you are making people register to read the articles?! Guess it’s time to delete this app. Guess you want to sell data more than deliver the news.
By Chicagoproud

The recent update is terrible. It made accessing the app more difficult. Each page comes up blurry for a few seconds and harder to move around in the paper. I use to enjoy reading the e edition, but now I’ve been forced back to the paper edition.
By Mblankie

As an old school reader, I always download each issue to read it as I would the paper version. Can’t find a way to do so with latest app. I plan to unsubscribe.
By HWW

News for The Carolina Panthers

News for The Charlotte Hornets