CONNECT MORE THAN CITIES! Set off with your friends and family to re(discover) Ticket to Ride, the classic boardgame. In this railway adventure, you’ll need to be the quickest to link up your cities and reach your destinations. In this strategy game for all ages, try out different tactics, block your competitors’ lines and take over routes before the others do. With so many different strategies to try, each new game is a unique experience. Travel the world from Europe to India, passing through the legendary China, facing new challenges by purchasing additional cards with their own special rules (available in expansion packs). - A tutorial teaches you the rules of the game so you can head off quickly on your adventure - Play in single-player mode, online multi-player against the whole world, or local multi-player with your friends - This is the official adaptation of Alan R. Moon’s best-selling boardgame, Ticket to Ride, which sold over 8 million copies. - An easy-to-play strategy game - No game is ever the same, you can play over and over again - Discover a series of add-ons with special maps and rules - Challenge players all over the world in cross-platform mode 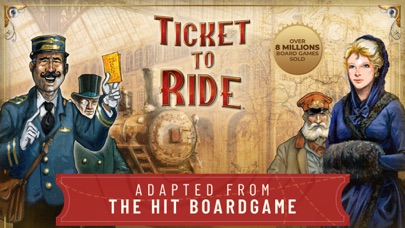 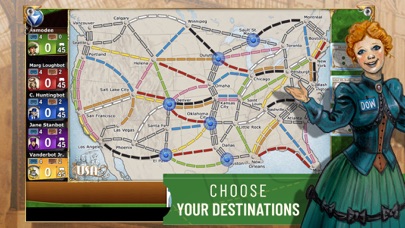 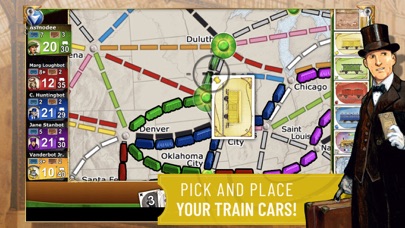 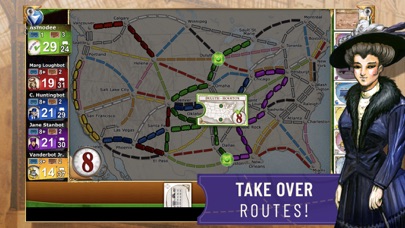 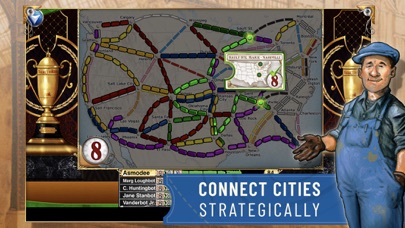 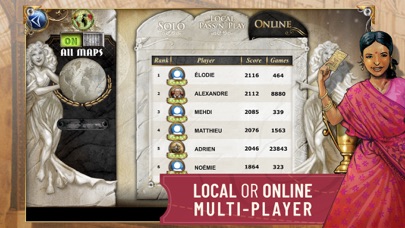 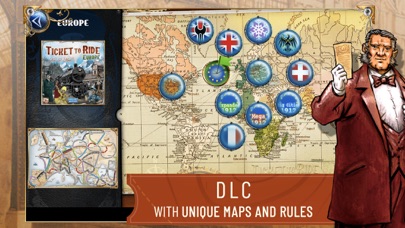 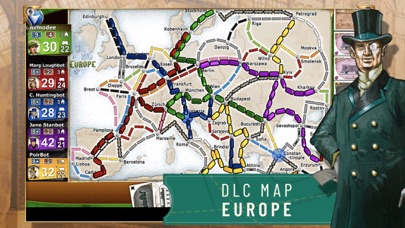 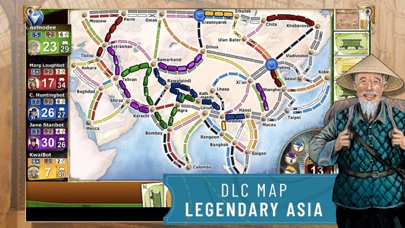 Fun but way too glitchy

Love this board game and the idea of being able to play online with close friends at home and far their away. But. When playing the local game and sometimes even the solo game, it crashes 8 times out of 10, will boot me out randomly, and will say there is an error or that it is waiting for someone to come back online when we’re both in the same room and neither has exited the game. It’s far too glitchy and not worth $6.99 in its current state. I have the updates version as well as the latest iPhone update and still all the issues. Quite disappointing for something you pay so much for, expecting so much and getting such poor quality.
By Aarlson

Great, when it works!

This is a great game, when it works. Unfortunately, it is very unstable. When my wife and I wish to play a Local game, we have to give up on starting the game more than 50% of the time. Sometimes we can get started after two or three retires; sometimes we just have to give up. Update 2-13-2021 The latest update broke the game. Cannot play anymore. Second update 2-24-2021 They fixed the problem I wrote about above, but you will be charged if you upgrade to a new device.
By Nanobrewer

Connectivity local or online is horrible

This could be a great game but playing in local or online mode is so unpredictable that you may spend most of the time waiting for other players to reconnect. I just spent 10 minutes filling out a customer service form only to press submit and see a message that something went wrong please try again. This has happened over and over. If the developer can’t even come up with a way to receive email I’m not sure how they can fix these problems. It’s a lot of money to spend for a very buggy app. At this point I’d be happy if I could just send a message to the developer or customer service. If you have an email address please let me know what it is. A refund seems like the best route at this point
By Kenny The P

Love it but crashes so much!

I’m on an iPhone 12 Pro, and this game crashes about 20-40% of the time. I even close all my other apps and the game still crashes (usually at the beginning or the very end of the game).
By Super.Kirby

For an app that costs this much you’d think it would actually work. Instead it constantly crashes or freezes. I’ve ran out of time in games numerous times because the game froze and I couldn’t tell. It’s ridiculous. Don’t waste your money.
By torianne26

App crashes frequently (probably 60% of the time) at some point when playing solo mode - typically when starting as the route cards are being dealt. The frequency is higher when trying to start the app once it has been moved to the background (when using another app) and then coming back to the game. Very frustrating, particularly for a mature app like this. I have experiences the same behavior across multiple iOS devices and with the latest updates installed. Seeing multiple reviews on this does not give me hope it will be fixed...
By Karreks

Local crashes every other game

Great game, terrible app. Crashes all the time, super buggy. Every time they do an app update the they break some major part of the game. I have an iPhone XS, this app should work. While playing games the cards with blink on and off and the board game will crash. Why can’t you get this right? Change the game to subscription so you can afford a better app developer.
By Jonky jonker I hate this app

Love the game, app is glitchy

I love playing this game. Online play is the best when it works correctly. Most of the time right when everyone has joined game to start, it won’t take you to actual game part. Have to leave app and restart to resume game. By then the computer has chosen your tickets, and that never goes well. I am on a serious losing streak due to this glitch and it is super frustrating. Please fix this
By Gatrgrl33

I can’t open the game. Every time it deals three tickets the app crashes.
By The pixel master

Pandemic: The Board Game

Small World - The Board Game

Ticket to Ride for PlayLink

Jaipur: the board game

Takenoko: the Board Game

Gang of Four: The Card Game