Explore free edible plants in your backyard The ultimate foraging guide : identify, cultivate, and prepare over 250 plants! Created in collaboration between "Wildman" Steve Brill, Becky Lerner, Christopher Nyerges, and Winterroot. • Identify using up to 8 images per plant (over 1,000 images in total!) • Now includes map enabled notes - privately track locations of your favorite plants * Filter by region, season, and other plant attributes • West coast specific plants from Becky Lerner and Christopher Nyerges • New cultivation information helps wild plants stay forgeable year after year • The same identification, harvesting, preparation, and recipes from the "Wildman" you've already learned, plus 50 more! • Choose to download high resolution versions of images Now your favorite foraging reference and identification tool has a sleek new interface and even more content! In addition to hundreds of plants from nationally renowned forager “Wildman” Steve Brill, we are very excited to announce contributions from west coast foragers Rebecca Lerner and Christopher Nyerges. If this isn’t enough for you (as it wasn’t for us), you’ll be delighted to know we’ve also added geolocated notes! How does it work? When you add a note you now have the option to add a location. Should you choose to, your note will be added to a map right at the point you are standing. Now you can tag stands and specific plants to return to later! These notes are also added in a list for for easy viewing. Wild Edibles is a massive compendium of foraging knowledge suitable for beginners and experts alike. Use this app at home as a quick reference, or in the field as a replacement for cumbersome field guides. Providing the subject's most comprehensive resource in a compact digital form, this app takes wild edible plants to a whole new level of accessibility. #### IF YOU ARE EXPERIENCING CRASHES ### Know first of all that this version of the application is a complete rewrite - necessary for us to continue to offer the app - but this means that in a small set of situations crashes may occur. We have crash reporting installed on all apps, and are working to fix crashes when we see them. If you have a specific issue, please just send us a support request and we can work together to determine the issue. We are ready and waiting to make sure everyone has the best experience possible!! 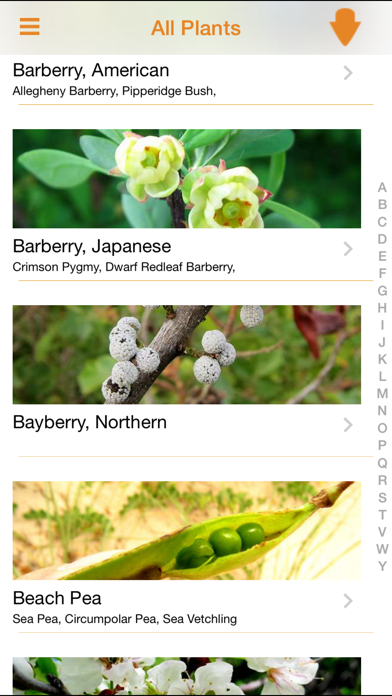 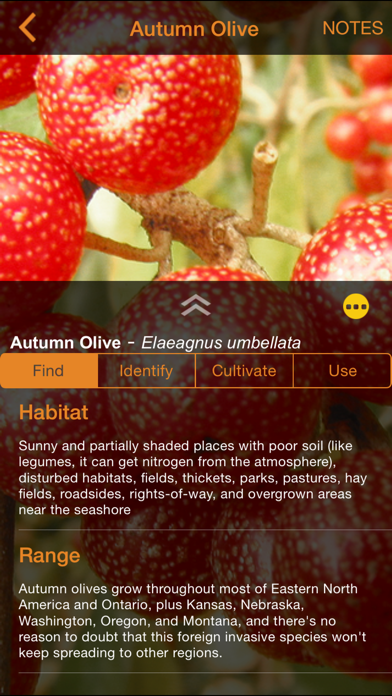 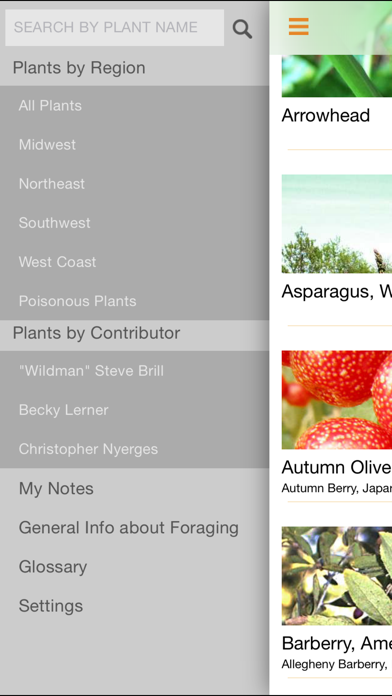 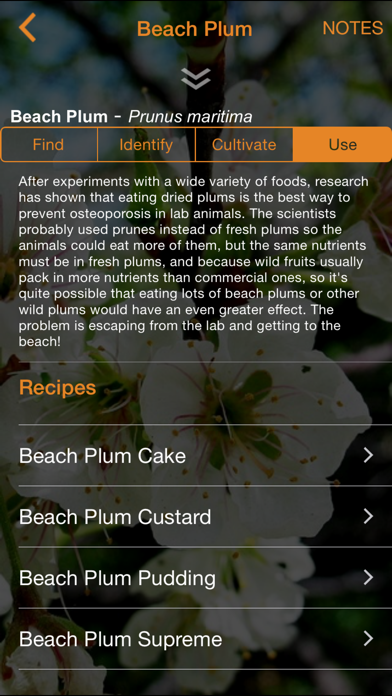 There are a few foraging apps in the store, but from an informational standpoint, this is among the best. The descriptions of the plants and trees are thorough, the hand drawn and actual photos are wonderful, and the info on preparing, using and/or consuming the foraged material is excellent. It also has a place to make and keep notes. 4/5 only because it’s slightly buggy, but money well spent. Highly recommend.
By risaacson

App mostly works with an iPhone 11 Pro and iOS 13. When you launch the app you get an error and an email pops up to send an error log to the developers. Hitting send or cancel on the email doesn’t work. BUT if you just leave the app open for a minute or two the email goes away and the app works, and most of the images even download successfully. (You probably need to be connected to WiFi the first time you open the app to get all the images.) Basically just ignore the error and be patient, the app still mostly works, albeit badly needs a bug fix update.
By Alex3917

Is it amazon AWS or you?

Great app when it works. No pictures? Are you paying your bill? It feels like KODI? Bad business plan? It’s great when people are buying, what happens when that stops? $30 invested, I’ll go local and let a judge decide.
By cincoflatspirate

Doesn’t work. Will not load.
By NatureBoy1976

DO NOT PURCHASE THIS APP!!

I purchased this app a few years ago. Initially it worked ok. It became glitchy over time. Now the app won’t work at all. The developer was contacted about the problem and he advised he had lost the programmer and couldn’t find another to correct the problems. He suggested I delete and reload the app. This has been done twice. Now the app will only send an email to the developer and then it freezes. I am VERY unhappy with this app for which the developer received money and which is now useless. DO NOT PURCHASE THIS APP!! To the developer: if you make this app work again, I’ll consider revising this review. To everyone else: DO NOT PURCHASE THIS APP.
By Not well alarmed

Can’t use it, won’t work

Downloaded, and the first thing that pops up is a screen trying to send what I assume is feedback via email to the creator. Can’t use it at all..
By jourdannnnnnn

No update and the photos are not scaled properly. Had to pay twice due to technical reason and no help. Promised better performance with new developer. No improvement or change after 2 years. Shame.
By Ok, no nmae and happy

It’s unfortunate, but it no longer works.

I think this app is no longer supported. It was a great app, but unfortunately it no longer works. Maybe they just closed up shop, but the upshot is that the images no longer load and it attempts to send a failure log that never leaves your outbox. I tried to get to the app developer website but it no longer appears active. Too bad. K.
By Otherwise happy with app.

I saw all the other terrible reviews. I thought well I will give it a chance. I got it to open once. Then it froze. I had to double click the home key and crash the app. I have not been able to get it working since. It has such great potential. I really hope they get it fixed. The website says it will be redone in spring. I don’t know how long that has been up. I hope it is true.
By CrewsSeven