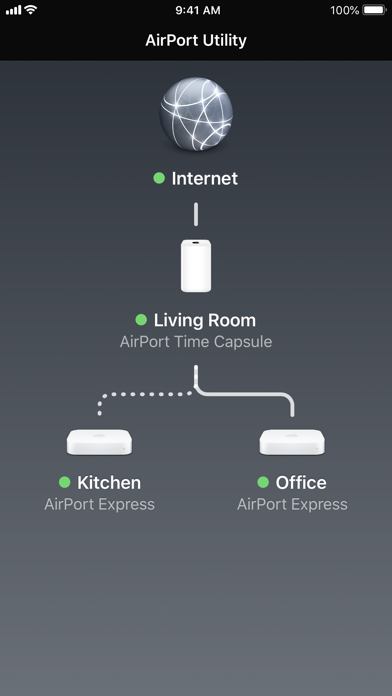 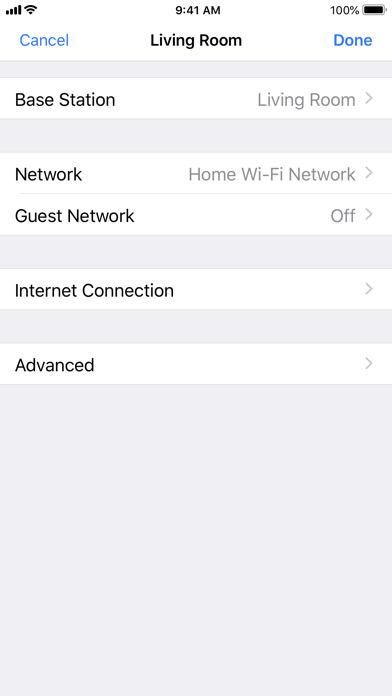 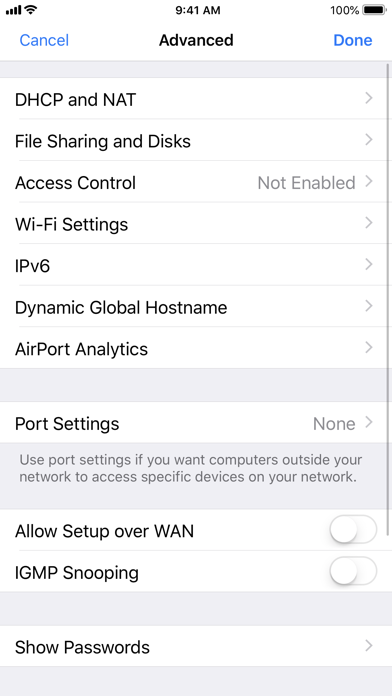 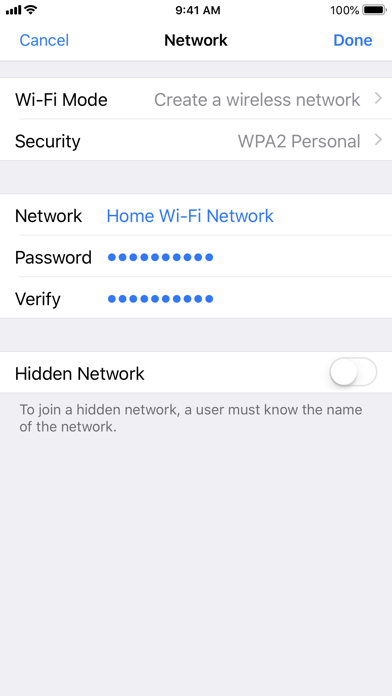 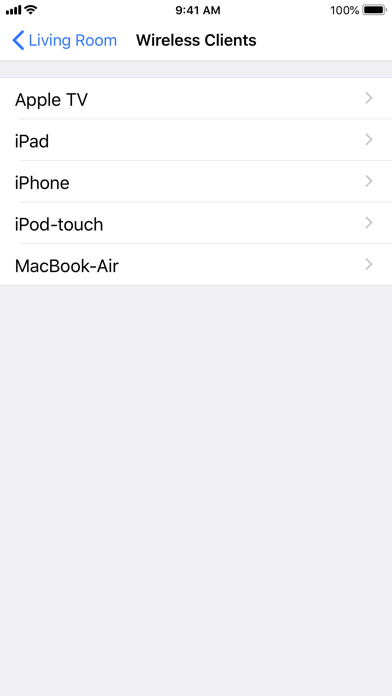 It doesn’t work with the oldest Airport Express, and even worse, it constantly kept interrupting other devices on the network. I had to disable the app before the network would behave normally again. Don’t waste your time with this app!
By Lasermechanic

Faster than claimed by manufacturer

Have two of them as I love that o can use for music without having to use tye tv screen as is done with Apple TV. One I have doubled as a WiFi extender and to wirelessly pump music into my stereo using the laser link into my boutique stand alone fav for greater music reproduction. This air device is like a one in all and very versatile even though it’s kind of old and obsolete I never want to be without it in life as nothing like it exists anywhere. Never should be taken out of production in my view. Nice and compact with pretty darn good rage still today. Both mine are the last version.
By Lovely truth

Excellent tool to check with signal strength of your AP channels and any repeaters you have. Too many other tools don’t check signal strength and instead just do speed tests. Very useful tool!!!
By MikeG-NC

Since 2012, I have used the Apple AirPort utility for two different networks, each using an AirPort Time Capsule as my main wireless base stations along with AirPort Express base stations to extend my network connectivity. When I have moved to a new office location, this utility has made connecting to a new network easy, backing up to AirPort Time Capsule is very important since I use a variety of Macs, and iOS devices.
By Whennecke

Was not updated to iOS 14

Wife still has iOS 13 and utility functions there. I have upgraded to iOS 14.x and Utility no longer recognizes Apple router, Time Capsule, or Apple Express. Kind of pointless, don’t you think?
By Toml1

Device selection unavailable for left area of the app

The app is essential for managing Apple Airport devices, and I use it to handle many. Configuring access management is limited, and NAT and port mapping seems restricted as well. To add to it, I’ve recently added more devices to my network and find sometimes the visual layout of them all (I’m managing 10) ends up spreading them out wider than the iPhone screen, which creates two problems. The first is that I cannot scroll to see the far left devices without the screen snapping back to center. The second is that often the left-most device is completely unselectable, almost as if the tapping detection area of the app is cut off to 75% of the screen from the right. This is true in either portrait or landscape orientation. I would love to see the app updated, but it looks like it’s not getting much attention as Apple discontinued the Airport device line a few years ago now.
By Outerference

Not working after updating iPad to 14.2 It is no longer saying my Apple router.
By EllenSie

The Wi-Fi scanner feature is the best part

The Wi-Fi scanner feature is the part of the app I use the most. It tells me the strength and channel of all Wi-Fi networks in the neighborhood. You have to go to the Settings app and scroll down to the Airport Utility section to enable Wi-Fi scanning.
By Jwsudd

Can’t find my wifi.
By cthuhulu