Track your fitness activity with Strava. Record your run, map a cycling route & analyse your training with all the stats – for free! Whether you're training for a marathon or simply love taking your bike out for a ride, turn your smartphone or GPS watch into a sophisticated tracker with Strava. Join millions of athletes and active people and reach your fitness goals! 3 Ways to Train Smarter with Strava TRACK & ANALYSE: Get key stats like distance, pace, speed, elevation gained & calories burned NEW ROUTES & MAPS: Mix up your training with the world's largest trail network CHALLENGE & COMPETE: Push yourself with monthly Challenges & compete with others PERFORMANCE Compare your running, cycling and swimming performance over time Segment leaderboard: see how you fare on popular stretches of road or trail Track your progress & analyse your performance on your iPhone, Apple Watch, or pretty much any GPS device out there! Use your Garmin, FitBit or Polar.. CONNECT & SHARE Record your bike ride on your Strava feed so friends & followers can comment & share their own Join Clubs of brands, teams and friends for activities & growing communities Show off your route & share photos of your adventures JOIN SUMMIT Get customisable training & workout plans. Run that marathon or set your own distance, time or segment goals Get live feedback to help you train safer & perform better Dive deep into your data with advanced analysis & extensive performance metrics It doesn't stop with running or cycling, you can track a whole range of sports with Strava: • Swim • Hike • Crossfit • Gym training • Kayak • Rock Climb • Surf • Yoga ...and many more! Strava uses HealthKit to export your Strava activities into the Health app and to read heart rate and biometric data. Additional web-only features, including route building, clubs and group activities, are available to all Strava athletes at www.strava.com STRAVA SUMMIT Every athlete has a goal, and Summit is designed to help you reach yours. Pick the pack that suits you best, or get the best experience (and the best deal!) by adding all three. Training: All the tools and insights you need to reach your goal and train smarter. Safety: Explore new roads and trails, all with peace of mind from Beacon. Analysis: Get more insight from your dedicated GPS device, heart rate monitor or power meter. Strava Summit single packs are available with a monthly or annual subscription or you can subscribe to all three packs and receive a discounted price. You can subscribe and pay through your iTunes account. Payment will be charged to iTunes account at confirmation of purchase. Your subscription will automatically renew unless canceled at least 24 hours before the end of the current period. Your account will be charged for renewal within 24 hours prior to the end of the current period. Subscriptions may be managed by the user and auto-renew may be turned off after purchase by going to the 'Manage Subscription' page in settings. Any unused portion of a free trial period, if offered, will be forfeited when the user purchases a subscription to that publication, where applicable. The subscription will renew at the same cost. Terms of service: https://www.strava.com/legal/terms Privacy policy: https://www.strava.com/legal/privacy 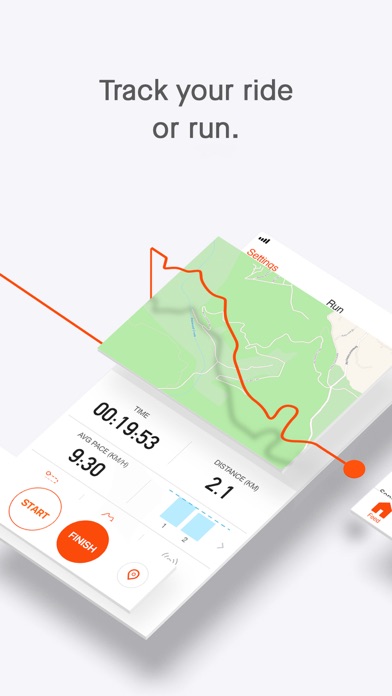 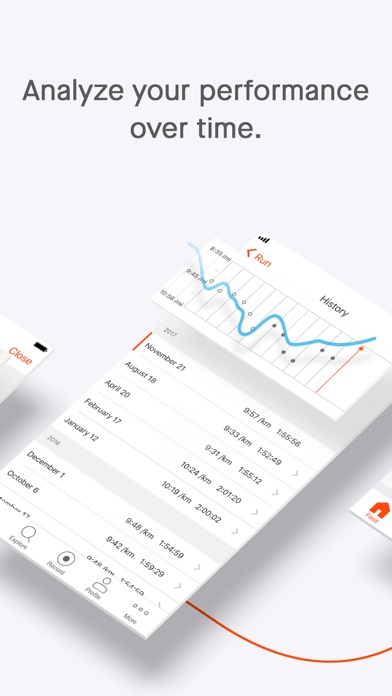 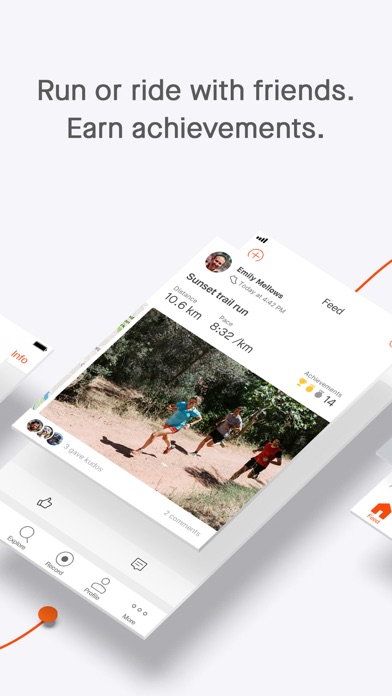 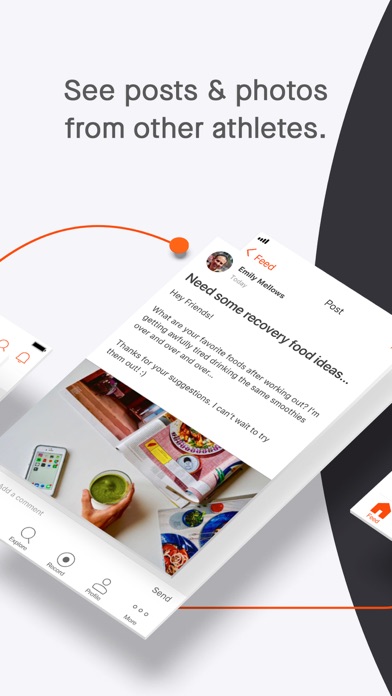 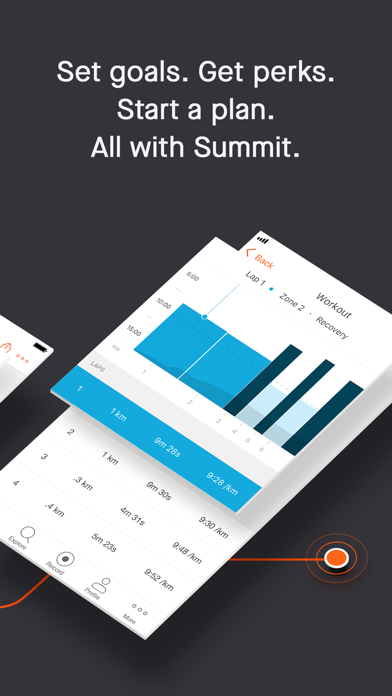 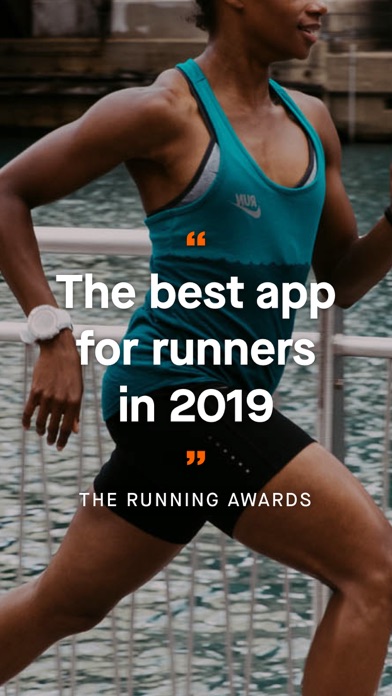 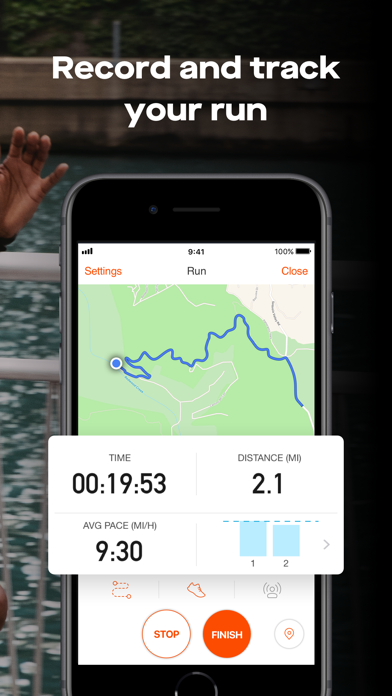 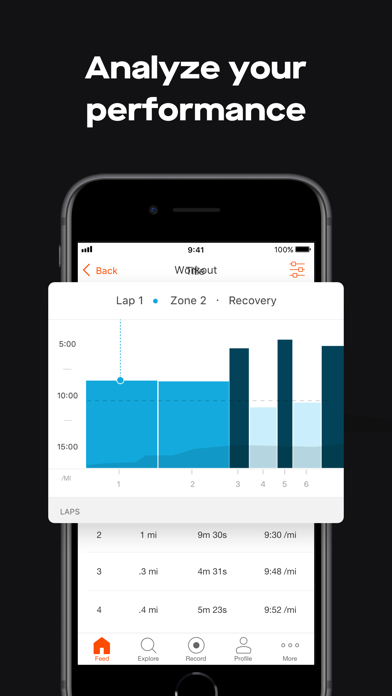 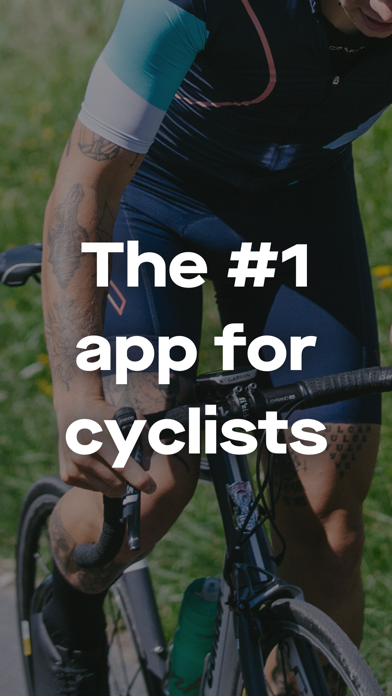 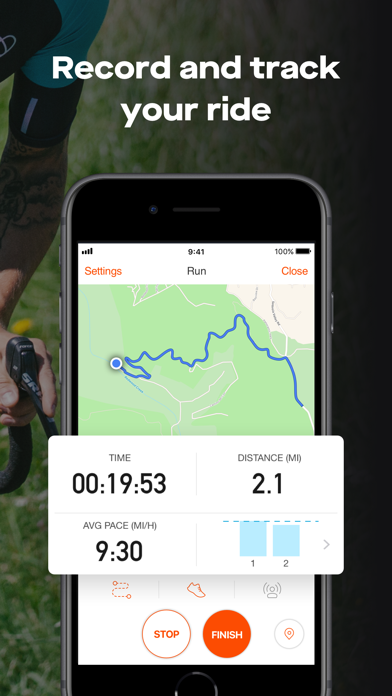 I started using Strava last summer for the social features, within our local parkrun group and other local running friends. Then in December I got an Apple Watch. Syncing was so easy - it just worked, and afterwards you could see your activities in the Exercise app and on your phone. It even tracked cross-country skiing - cool! (Try that, Nike Run.) BUT THEN IN FEBRUARY STRAVA BROKE IT!! Why? It no longer works. Activities recorded with the Strava complication don't show up in Exercise, don't show up as a workout, sometimes you don't even get the activity credit. PLEASE RESTORE THE OLD FUNCTIONALITY!
By A2Square

Not the most bug-free app/platform in the world. However, if there is an issue, their support team will get it fixed in no time given the proper diagnosis information. Pleased to see such tech support in an era where many platforms are simply released and never maintained. See it, say it, sorted!
By MusicOfMusiX

This is such an amazing tool. Met many people on strava from rides. Thanks so much for an awesome product
By Peto Keto

Been running for more than three years now and can’t do it without Strava. Staying connected with other runners is huge. I hope the GPS would improve though
By PenguinFest

With the most recent update, Strava no longer works well with the Apple Health app. Also, they bully smaller companies/apps like Relive.
By Jmattix

Newest update broke syncing to health. App is now worthless in my case.
By goodmorningvietgay

I am still getting used to the Strava’s novelty as I am pretty old school when it comes to tracking fitness levels. It seems to me that the Strava app and Strava Insights should be merged into one app. I rated this three stars because there is no iPad version that will allow you to read Strava in landscape mode with a keyboard. I have to login via Safari/Chrome to use Strava with an iPad.
By Dammit Nickname

I only use it for sharing

The app is missing heart-rate functions with the Apple Watch and iPhone. I only use it for sharing. For that it’s fine but I’m canceling premium.
By Cloudjlb

Strava used to be my favorite application to track all of my exercises. However, with their v137 update, the HealthKit activity sync function of the app completely broke. An update getting with such glaring issue defies all logic. Shows no attempt at even doing reasonable testing before release. Since that update, Strava has been completely silent on the issue. A scan of their support account on FB, Twitter shows how many of their paying users are frustrated with the issues created by the v137 release. In return, we get the canned response to contact support, just to get automated responses that are not relevant. With the latest v138 release, the problem persists and still no announcement/explanation from Strava. If breaking a core function on iOS app such as HealthKit synchronization that was working before is not a priority for repair, what are we paying our hard-earned money to them for?
By wangw3

I would love this app if we could correct time/distance for activities. I use a garmin, which does not track treadmill workouts accurately, or sometimes forget to stop my watch after run. I can edit the entry in Connect to match treadmill but the corrected data does not import to Strava. Not worth paying for upgrade and probably won’t even keep the free version. Too bad because I like their other features.
By Lovleygurl98