Named one of “The 12 Best Games on iPhone” - Kotaku Drop 7 is deceptively simple, hypnotically fun, and offers endless opportunities for mastery and mental challenge. Drop discs onto a grid, clearing discs when the number of discs matches the amount of discs in a column or row. Try to get chain combos and score as many points before the board is filled. - Edge Magazine’s” #2 Best iPhone Game of All Time” - One of Esquire Magazine’s “Best Downloadable Games for Any Phone, Console & PDA.” - One of “The 21 games that should be installed on every iPhone” - The Verge - PCWorld’s “Nine Essential iPhone Apps” Features: THREE GAME MODES Choose amongst the more relaxed Classic mode, the quick-round Blitz mode, and the consistent Sequence mode. LEADERBOARDS See how you rank against your friends and others globally, and prove you are the Drop 7 master! ACHIEVEMENTS Earn fun achievements by completing challenges for chain reactions, clearing the entire board, and more! Use of this application is governed by the Zynga Terms of Service. These Terms are available through the License Agreement field below, and at http://m.zynga.com/legal/terms-of-service. For specific information about how Zynga collects and uses personal or other data, please read our privacy policy at http://m.zynga.com/privacy/policy. Zynga’s Privacy Policy is also available through the Privacy Policy field below. This game does permit a user to connect to social networks, such as Game Center, and as such players may come into contact with other people when playing this game. Terms of Service for Social Networks you connect to in this game may also apply to you. You will be given the opportunity to participate in special offers, events, and programs from Zynga Inc. and its partners. Must be 13+ to play. 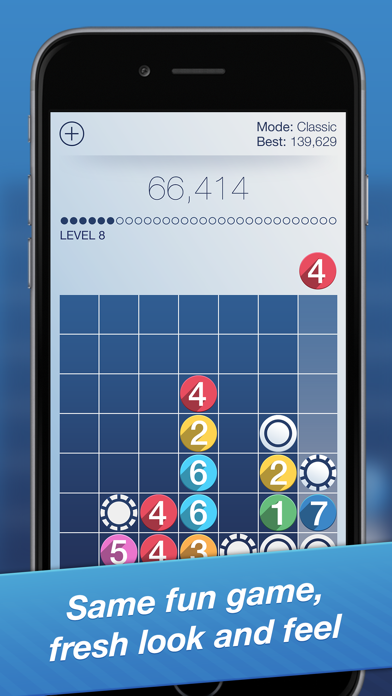 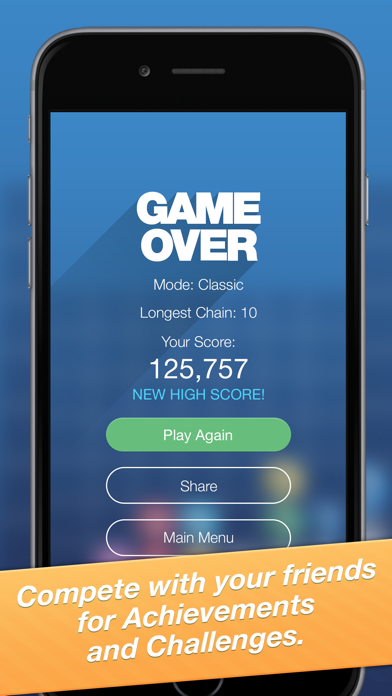 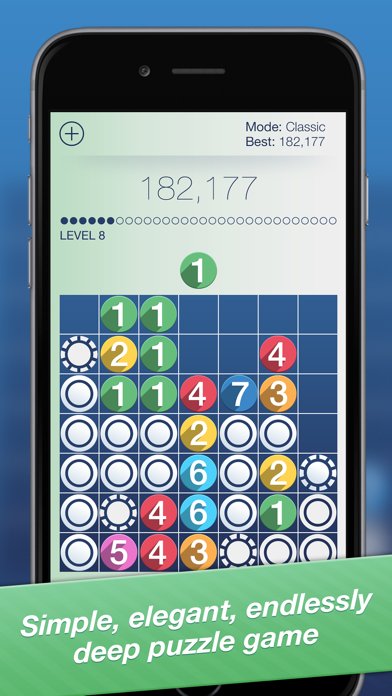 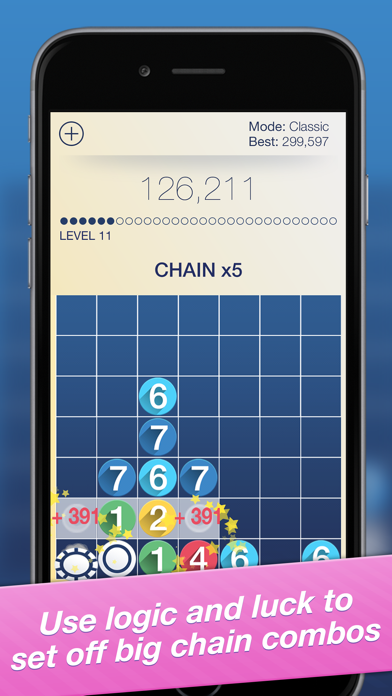 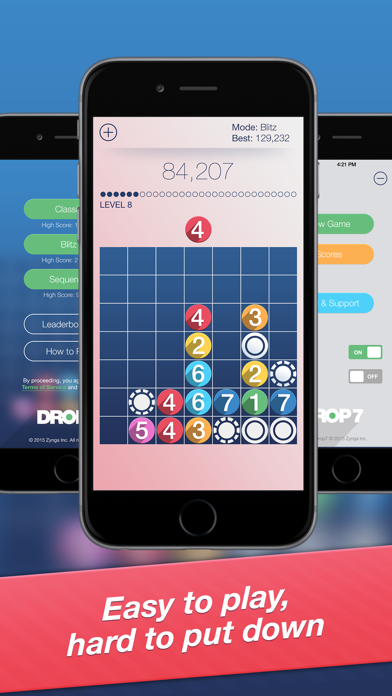 poor instructions on how to play the game

This game has not been explained in a manner that gives the player clear instruction on objectives or rules. There seems to be inconsistencies. I love and hate this game; as soon as I find a better one I will eliminate the app from my phone.
By Ernie Parks

Flawless game! Plus, only game I have without ads
By the plain brown rapper

Just wish you could reset stats

I love this game. Just love it, so challenging and keeps you thinking but not too difficult. My only wish is you could easily reset stats without having to go in and delete the ap data. It’s those few games that happen every so often where you get an insanely high score that throws off your “average”... I like to see that I’m improving.
By Eagle Larry

probably a glitch
By Dsitouchwii

It worked, then it didn’t work. Then they fixed it and t worked again. Then it died again. So the fixed it again. And now, once again, it’s locked up completely. Killing the app, rebooting the phone, even trying to start the app from the App Store renders the same result; won’t start with anything other than a blank screen with the grid on it. This is really frustrating.
By 3_Drop

I’ve played Drop7 for nearly as long as I’ve had a smart phone, since about 2009. I’ve deleted the app a few times (in an attempt to limit my screen time) but always get it back!
By Bgking8611

Not responsive on iPad

The only real flaw with this game is that you can’t play it on iPad in landscape orientation, which my keyboard case forces on me. And honestly there’s no practical reason not to support that.
By emmayche

One game I never get tired of

I’ve been addicted to this game for a decade. It never gets old!
By Baine2004

This is one of my favorite games!

I used to play drop 7 all the time, then there was an update and it didn’t work so I deleted it. I recently searched it again and found it was updated! Love this game!
By BambiS78