Opinionated Sous Vide recommendations for chefs and home cooks alike! Tested, so you don’t have to. You can even remote control ERME SV Sous Vide Induction baths or the original Anova Precision Cooker*. ● Sous Vide time/temperature recommendations for ingredients such as beef, veal, poultry, pork, lamb, game, fish, egg, fruits and vegetables. ● Set your own timers: Heat up your waterbath, start, stop, rewind, get notified when your food is ready. ● Remote control ERME basins or the original Anova Precision Cooker* over Bluetooth. “Sous Vide °Celsius packs in some of the features we wish Anova included” - The Sweethome More features: ● Temperature information in Fahrenheit or Celsius. ● Measurements in inches or cm. ● Step-by-step tutorials to get you started. ● Know-How section: Technical Sous Vide terms explained. ● Use personal notes to refine your own experiences. ● Includes more than 400 Sous Vide experiences tested by professional chefs. ● Support for iOS 13 dark appearance. Convinced that Sous Vide is the best cooking method since the discovery of fire? Then you probably own a circulator or a similar device. To start a zip-bag, a cooking pot and a thermometer is all you need. Many Sous Vide recipes work without special equipment. But you will need good advice! Sous Vide has been adopted in professional kitchens for producing precise and consistent results. The Sous Vide method produces perfectly cooked food with outstanding flavor. Its success in high-end cuisine changed the culinary world. With a few starting tips anyone can use this technique. Step-by-step tutorials and Sous Vide timers (mini-recipes with an alarm) help you along the way. Ideas, suggestions or anything you would like to change? Contact us with your feedback on UserVoice! The time for a piece of meat to reach a core temperature can be calculated. A formula using thermal diffusivity, thermal conductivity and surface heat transfer calculates the time such shapes as cylinders, cubes and steaks need to acquire a certain core temperature. Consider the PolyScience Toolbox App or Douglas Baldwin’s formulas for calculating pasteurization times. But food is never an exact geometrical shape and waiting for an extra hour for a piece to reach an additional half a degree is impractical. Adjustments for speed and efficiency improve the Sous Vide experience. We have tested Sous Vide recommendations that work and tutorials that make the first steps easy - for professionals and home cooks alike! Sous Vide - no other cooking method gives you so much control! * If you want to use the app to control a Sous Vide device, use ERME machines or an original Anova Precision Cooker. Newer Anovas don't support 3rd party connectivity. 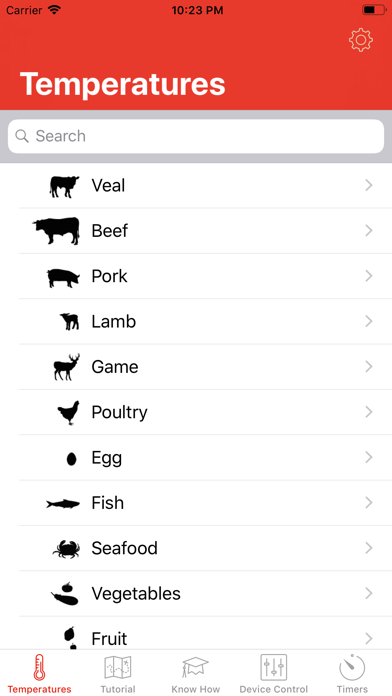 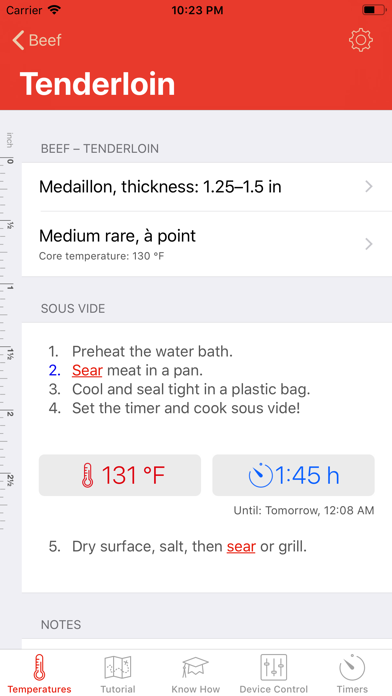 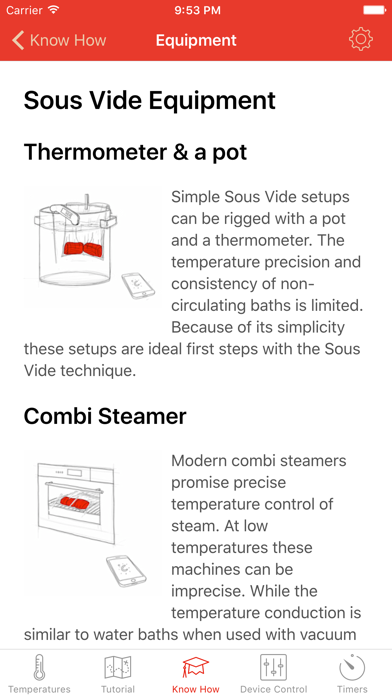 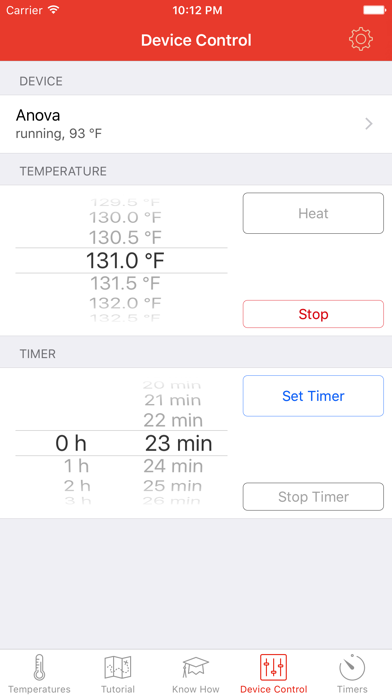 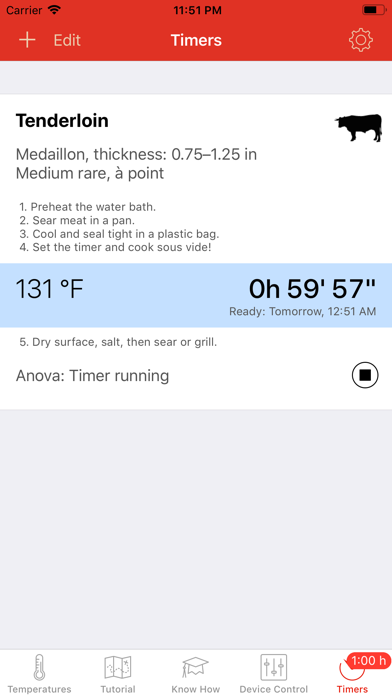 Perhaps I should have researched the reviews a little heavier before throwing away my $5. The app does not connect to the Anova Nano. It is not intuitive (should be an easy way to favorite recipes- I’m missing it). Yes, the Anova app isn’t great...but this one isn’t any better. First review ever, that’s how duped I feel.
By Karnse24

My meat comes just the way i like it rare and my husband likes well done . I could never get his done enough or it was too dry . He. Complements my cooking all the time he likes it much better now . I haven’t Dan vegetables yet but I’m sure they’ll turn out great too
By Linda25897

This is fun to use and experiment with different foods. Combined with a Searzall, I’m having a great summer.
By Mista Dubya

Not exactly sure what happened but initially the timer worked but for some reason the app disconnected from my iPad and had to reset it. I’ll give it another try. Update: I cannot live without my Anova! Bought one for my daughter and her boyfriend and they use it for their weekly meal prep. Love!
By Jojeeh

I’ve tried a few sous vide apps and this is my go to. A good variety of foods in multiple groups and so far the temperatures have been spot on. I use the times only as a minimum guide and everything has been perfectly cooked.
By Macro mutt

The chicken is great. Much better than what I grilled last week.
By Zazz49

I read a review of this app that said, it works better for Anova than Anova’s app. So I downloaded it and I have no plans to ever use Anova’s app again.
By captain-nice

We had hopes of using my (fully updated) iPad to start our device and turn it off while we were gone. Sadly, there is no way that we can find—even thought my wife is highly tech savvy—to have the iPad control the device. What a waste! My Samsung 8 App does, but only if I am in blue tooth range. Please make this a functional app, rather than a basic kitchen timer!
By Kathy in salem

Can connect to my ANOVA with their app just fine. This app does not pick it up when it scans. Currently, a total waste of $$$.
By DaBunkster