A source of endless inspiration for the everyday explorer and the insatiably curious, the National Geographic app reveals new insights into cultures, ideas, and discoveries through high-definition storytelling. Your free account gives you access to a personalized feed of the topics you love. DISCOVER groundbreaking articles by pioneers in storytelling. GET INSPIRED by award-winning photos. WATCH over 3,000 captivating videos. EXPERIENCE our rich history through curated archives dating back to 1888. --- National Geographic App subscription offer details: - Annual subscription: $19.99 (12 issues) - Monthly subscription: $1.99/month (1 issue) - Single issues: $4.99/issue - Subscriptions do not include content from magazines published by National Geographic Partners, LLC other than the National Geographic magazine. • Payment will be processed through your iTunes account at confirmation of purchase. • Your subscription will automatically renew per the billing cycle of your subscription (i.e., monthly or yearly) 24-hours before the end of the current period, and your credit card will be charged through your iTunes account. • The renewal charge for your Subscription shall be the same as the original purchase price, unless you are otherwise notified in advance. • To avoid the billing of fees for the next Subscription period, you must switch off your monthly or yearly Subscription at least 24-hours before the end of the current period. • You can turn off auto-renew at any time from your iTunes account settings. • You will not receive a refund for the fees you already paid for you current Subscription period and you will continue to have access to your Subscription until the end of your current Subscription period. • National Geographic provides no refunds and you may cancel auto-renewal at any time. All sales are final. • After purchase via iTunes, you will have unlimited access on this device. 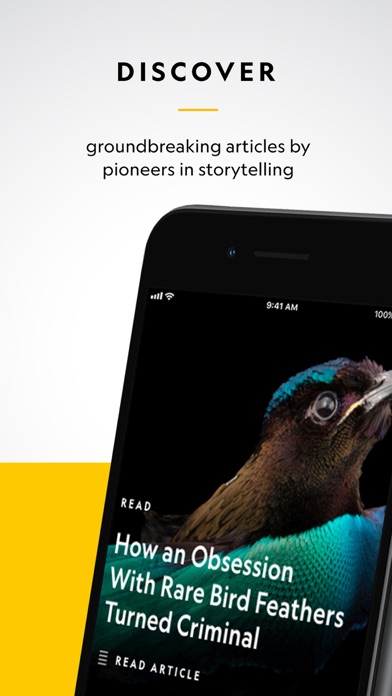 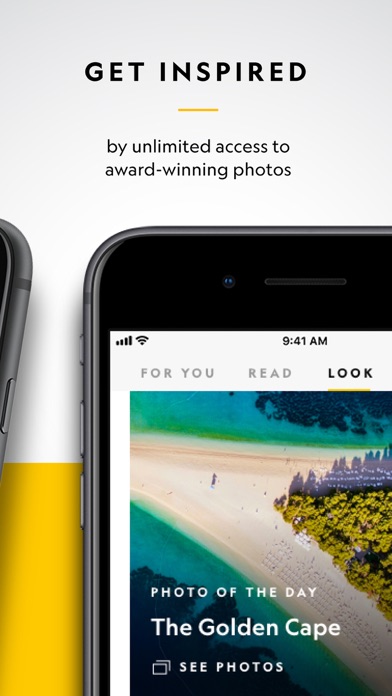 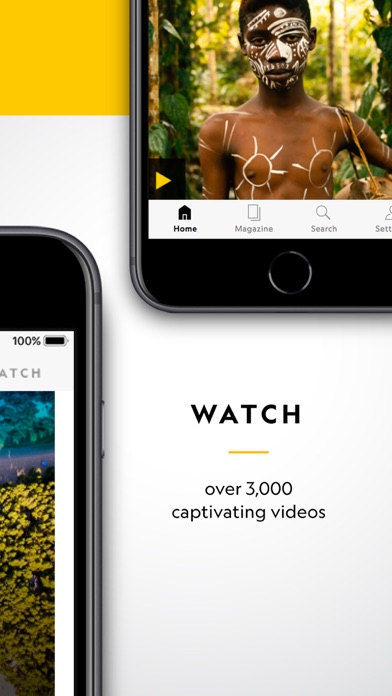 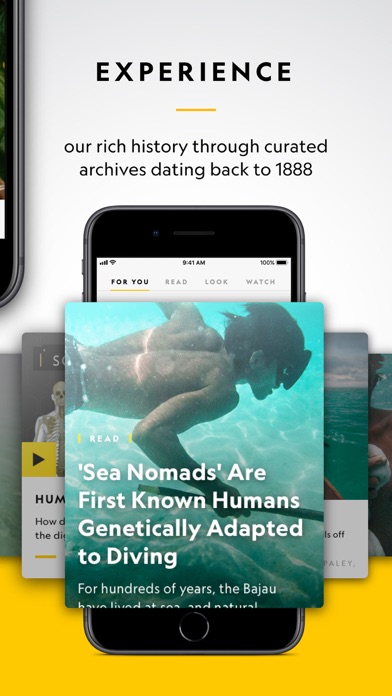 The old app was phenomenal. The recent iteration an unmitigated disaster. The list of flaws is too large, but a short list: links don’t work (why links anyway, build as a magazine not all captions only sometimes load, videos? - great idea but utterly trash implementation, linking to subscription to online content never connects, maps used to be some of the best magazine content - now absent in app magazine except for linked content which brings us back to the failed implementation above. Just a terrible decision and effort to deliver always great content.
By Trav......

Given the flood of bad reviews this app has that are from over a year ago I assumed that the app had gone back to their old design and made it so I could read magazines on my iPad. You would think natgeo, one of the last committed media companies to good science and design, would understand that if you subscribe to a magazine you’d want the magazine experience. Obviously I was wrong, as this app is a glorified, buggy website. I’m disappointed that the dev team doesn’t even seem to acknowledge these reviews whatsoever, despite responding to positive reviews. If I wanted to read news articles I wouldn’t have paid for a digital magazine subscription.
By Mistictiger123

Could not “restore purchase” to link my account to my current subscription (as reflected/confirmed on the NG website), therefore this app is useless.
By OliFinn

“See how we’re reimagining dinosaurs in today’s ‘golden age’ of paleontology” Article doesn’t show in app. It does show in Apple News.
By Misanthrope™

Loved the app along with my magazine but that was before the update. I want the feel of flipping through a magazine in my app when I can’t have my print version with me. I rather not have an app that mimics me looking up information on line. Loved my magazine but if it doesn’t come back neither will I. As an update still nothing resolved as far as bringing the app back to the magazine feel. As a subscriber for many many decades now that my subscription is due for renewal dad to say I will not be renewing. When and if they get there act together maybe I will be back. I know many more feel the same way. Maybe just maybe someone there will get the hint. If not another great from the past will be no more.
By dmiele

Astonished that it could be so user unfriendly.

I help create content for NatGeo and installed this App to view a project that I was part of. I was never able to view the content but am constantly flooded with junk emails from NatGeo. Fix it!
By J hurst

Why so much hate

I like the design of the app, it feels modern and exactly what I’d expect. Sure it’s not a “magazine” but that’s what paper copies are for. I like that the articles are consolidated and in one place, Just wish you could do offline downloads.
By AJ Durkee

This new version is awful! I will cancel my subscription right away!!!
By La Hewlett

I’ve had little more than repeated aggravation with this app in the last year, and no useful help from support with the resulting issues. I’ve been an avid reader and subscriber since my youth, and a relatively early adopter to the digital version (saving paper and shelf space!). Repeated attempts to log in to the app over the last two days have yielded nothing but frustration. My subscription is due to expire in November, and I am giving serious thought to just letting it lapse.
By thelarix