Easy to Get Started: Start today by downloading the Mvelopes budget app and add your financial institutions and come up with a budget that will keep you on the path to financial freedom. You will get all your transactions sent to your Mvelopes account and you will easily be able to track all your account balances in one easy-to-use app. Mvelopes uses an envelope budgeting method to help you plan and track your household or personal budget. You can assign and manage your budget, as well as receive feedback on where you have spent your money and how much you have remaining. Mvelopes offers 4 different in-app subscriptions that will auto-renew unless canceled. - Mvelopes Basic Monthly -$5.99/mo or $59.99/yr - Unlimited Envelopes, Unlimited Accounts, Live Chat Support. - Mvelopes Plus -$18.99/mo or $189.99/yr - Unlimited Envelopes, Unlimited Accounts, Live Chat, Learning Center, and a Quarterly Coaching Session. Each user can easily do upgrading or downgrading to a subscription. These plans are: - Mvelopes Basic Monthly - No Trial - $5.99/mo - Mvelopes Basic Yearly - No Trial - $59.99/mo - Mvelopes Plus Monthly - No Trial - $18.99/mo - Mvelopes Plus Yearly - No Trial - $189.99/mo • Payment will be charged to iTunes Account at confirmation of purchase or if it has a trial at the end of the trial period. • Subscription automatically renews unless auto-renew is turned off at least 24-hours before the end of the current period • Subscriptions may be managed by the user and auto-renewal may be turned off by going to the user's Account Settings after purchase • See our Privacy Policy for more details. www.mvelopes.com/privacy-policy • Mvelopes is an A + Rated Business with the Better Business Bureau • Tool for Tidying Up Your Budget - Credit Karma • Named best app for "Over Spenders" - Kiplinger's Personal Finance • App That Makes Budgeting Fun - WiseBread • Best Online Money Management Tool - Nasdaq • Budget App for Recent Graduates - NerdWallet • Right Tool for Keeping Financial Resolutions - CreditCards.com • App That Helps Manage Your Student Loans - SoFi • Budget Tool for the New Year - Chicago Tribune Get The Most Out Of Your Money Use the Mvelopes budget app to help make more informed budgeting decisions and future plans. Track your bank accounts and credit card balances alongside your budget to help pay off your debt and increase savings faster. Create a financial plan for the future and make it happen. Save time with the Mvelopes budget app and its access to over 16,000 financial institutions, so you can focus on managing finances and not entering transactions. Be secure with in-app security settings, a four-digit PIN, or your Mvelopes username and password. Mvelopes Features: • Import your bank and credit card accounts and track your spending within Mvelopes • Unlimited envelopes and financial institutions can be used in your account • Use digital envelope budgeting system to organize and simplify your finances • Easily access or adjust your budget on the go • Categorized spending helps you make informed decisions when you shop • Inbox-style transactions makes it easy to stay on top of your budget every day • All-in-one accounts screen lets you view your checking, savings and credit card balances in one place • Assign transactions to envelop categories, including splitting individual transactions into separate categories • Complete, real-time synchronization with the Mvelopes web app. • Money saving tips, ebooks, and videos inside the app Terms of use and privacy - https://www.mvelopes.com/user-agreement/ 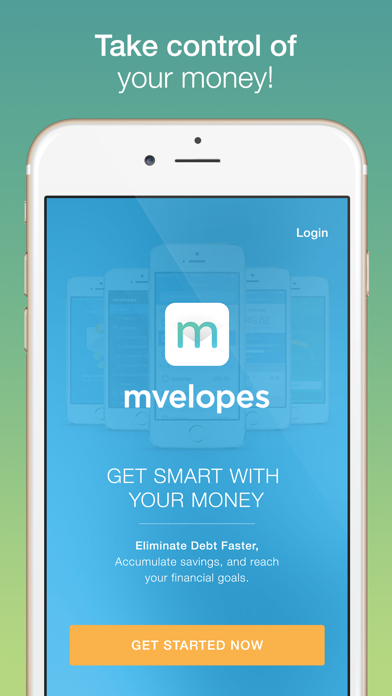 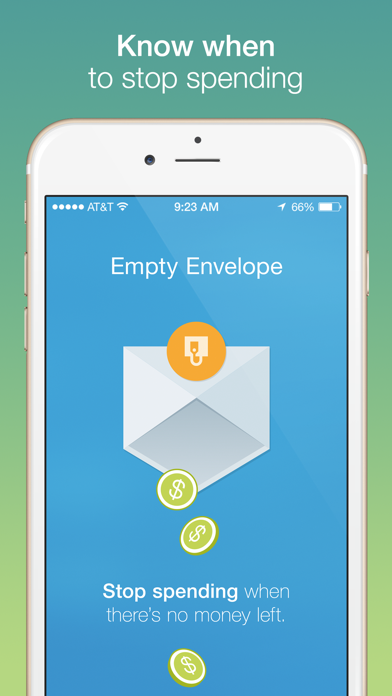 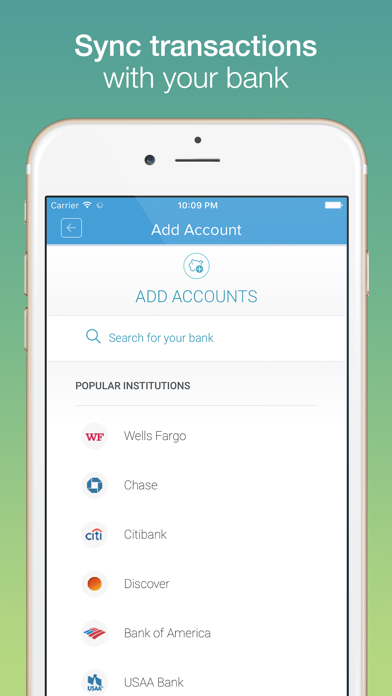 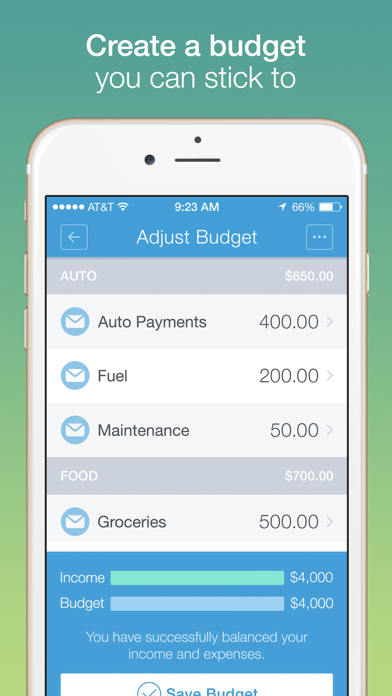 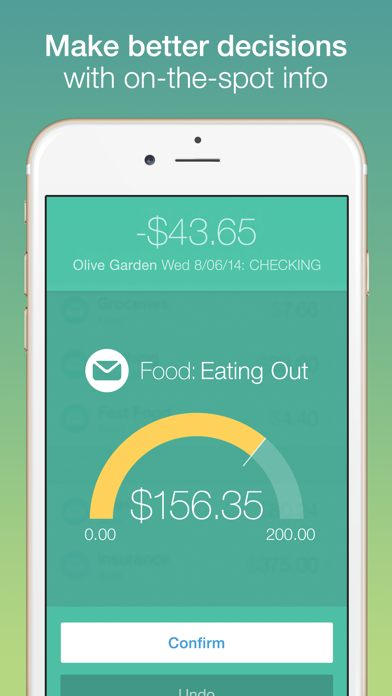 I like the simplicity of the app and how it is organized. It’s very customizable and is just the bare bones of the envelopes money system (the other similar apps are too complicated and have too many unnecessary features). However, the app rarely updates your transactions. Mine take over a week to process and it’s incredibly frustrating. Especially when you are trying to budget for the month but are over a week behind on your transactions, so your envelopes aren’t accurate. They also update in batches, so when it finally updates it will add 6-10 transactions that were days apart. So annoying. Needs improvements.
By Rach519

This app was one of my favorites for awhile and I recommended it to several people; however, the functionality and performance has decreased over the last year and I perpetually have issues connecting to one or more of my accounts. This has been especially true in the last 2-3 months, and has become increasingly frustrating. I expected a bit more, paying $6/month, but the efforts I have made to reach out for help have not been responded to in a timely fashion, and almost never provide any explanation or apology for the inconvenience. Sadly, I’m going to have to break up with mVelopes for now. Great concept, but lacking in performance and customer service.
By Em6915

Buggy and user-unfriendly, Mvelopes appears to have been made by a team looking to disenfranchise an entire population of tech-savvy, time-conscious budgeters. This is a late ‘90s app masquerading as a modern experience. I put up a month’s subscription but couldn’t stomach an hour with the app’s frustrating, mind-bogglingly anti-intuitive interface. I’m running back to YNAB with open arms.
By Hg----

My wife and I have had mvelopes for about four years now. It’s a one of a kind app that aids our digital envelope budget. For the most part the app has been good with minor hiccups during new version releases. I started having issues when iOS 14 came out. I can’t log into the app from my phone. I have emailed support and they couldn’t figure it out so they sent it to development support. I haven’t been able to use the app for over a month with no end in sight. I do not recommend this app until they fix this issue.
By mculley9

I attempted to trial the service and instead it charged me. It took me forever to figure out that I had to go online and submit a help desk ticket. Sadly, I paid the money to try it out and never even could use it because of invalid account issues when I have proof of purchase. Do not use or buy this!! Horribly customer service!!
By EquusLizzy

Been using it for longer than they have been tracking members

My husband and I started using mVelopes before we got married, probably in 2006 or 2007. At the time, mVelopes was brand new and briefly offered a lifetime membership, which I bought for something like $120. All these years later, it is still helping us manage our money. It’s one of the best investments I’ve ever made.
By ThyPeace

I’ve dealt with so much with this app over time. Now I can’t resubscribe from mobile app or website. There’s no way to Submit. What is up with these developers.
By iamjasee

Sooo want this to work!

In theory this app has EVERYTHING I’m looking for in an app. Particularly the way you can set aside money out of your envelopes to pay credit card bills later. Also the reports function is awesome for locating particular purchases. I’ve been doing an excel spreadsheet for years and this app seemed to do everything I need it to and I desperately want to simplify my budget process. I saw a lot of bad reviews since the version 5 update but figured enough time had passed for them to work out the bugs. And I’m so sad they haven’t. My most recent deal breaker is that I had 2 deposits come in that I assigned to “unallocated funds” but the balance of “unallocated” remained at zero making it impossible to do my monthly budget. A few emails to customer support didn’t resolve the issue. (Although I’m still giving them 24 hours before I call it quits). The other thing is I was unable to get my envelopes to balance with my actual accounts (yes, I was taking into account items that hadn’t posted yet). Sounds like they need to go back to the former version of the app or at least use the programmers from that time frame. This is seriously the BEST budget app I’ve seen if they can work out the bugs and make things balance. I will gladly pay a monthly fee for this if they fix the bugs. Update May 23, 2020 Update was supposed to add a feature that made it easier to balance accounts. Instead, when I open the app it won’t let me login unless I subscribe. I’m ALREADY A PAYING CUSTOMER! I tried to resync purchases but it’s an endless loop that doesn’t let me access the app. I even tried cancelling my subscription and re subscribing. I’M SO DONE! When I finally did cancel my subscription the iTunes message said I should have access until the end of my already paid month—nope! Desktop version locked me out immediately. Pull your heads out developers! You have a great product that you’re killing. February 23, 2021 Thought I’d come back and check reviews to see if the product works now. But it looks to be the same issues. Please just roll back version 5 and get 4 up and running again! Then test 5 before releasing. This company could make bank if the app worked! Seriously rooting for you to fix this! So many good features....
By JessHof

The app is messing up monthly if not weekly for us. We pay for the subscription so fix the app and make it worth us keeping
By MollyRoberson

The company ‘had’ a pretty good software. It had helped me balance and keep our budget with multiple accounts. I was their client for YEARS. However, once they changed platforms , my budget has spiraled out of control due to errors keeping my accounts syncing and a huge learning curve to try to make sense of the surprise import to the new platform. I have tried to be patient, for going on over a year or more, waiting for a permanent resolution. It’s been piece meal, a temp fix and broke again and again and long periods of waiting in between. Last open ticket, I was left with “we’re” working on it and manual import instructions! Even then the accounts wouldn’t balance. There used to be an urgency with their support that followed their mission to help people balance their finances and live a more stress free life! Wish they’d go back to that. Bottom line, if you have multiple accounts to sync, DON’T use this. Otherwise for a simple account and basic budget, it might work ... maybe.
By Tweetykat