You have always dreamed of flying - but your wings are tiny. Luckily the world is full of beautiful hills. Use the hills as jumps - slide down, flap your wings and fly! At least for a moment - until this annoying gravity brings you back down to earth. But the next hill is waiting for you already. Watch out for the night and fly as fast as you can. Otherwise flying will only be a dream once again. Tiny Wings was chosen as the iPhone Game of the Year in App Store Rewind 2011 in Europe and many other countries. Thank you Apple and a big thank you to all Tiny Wings fans! Highlights:  • simple "one button" (ok... maybe "one tap") arcade game about the dream of flying  • the world is changing every day - so it does in this game! Procedural generated graphics will make "tiny wings" look different every day you play  • Two game modes: "Day Trip" and "Flight School" • iPad only: Split screen multiplayer! • upgrade your nest by fulfilling tasks • Play as the mama bird or one of her four children • 25 hand-designed levels in the new "Flight School" mode • iCloud support (even syncs your game between the iPhone & iPad versions) 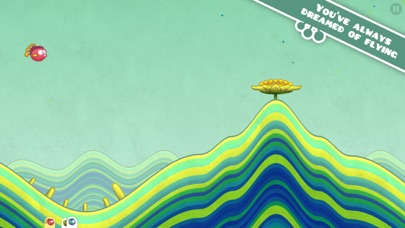 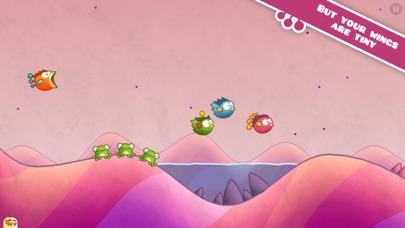 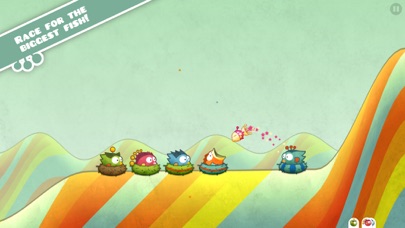 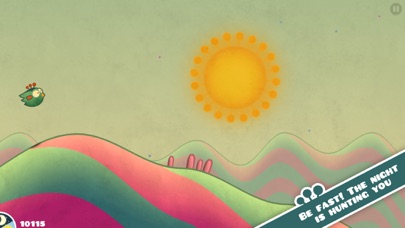 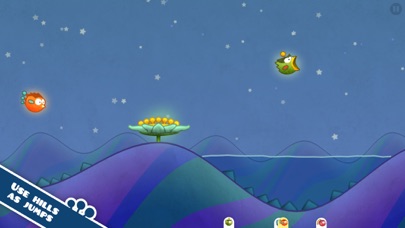 It’s so much fun and kinda cute too
By Connysteve

Downloaded this game in 2013. Got stuck on a challenge where you had to go through the 4th island in fever mode. After weeks of trying, I finally gave up, and since there was nothing else to do in the game, deleted it. Now it’s 2020 and I redownloaded the game, still stuck at the same challenge, still unable to beat it, still unable to bypass it.
By aDyslexicTurtle

I really like this game. It’s super fun, but the only thing I would change is adding more levels. Otherwise definitely worth the purchase.
By Jcjxisksockdidjd

Was Awesome, And Always Has Been.

I remember playing this game when I was younger, it was always fun to play this game..even though I did not know how to play, “I was 5-6 at the time” and I just re-downloaded the game today and it just brings out the nostalgia that I had playing the game. Like I said.. “Was Awesome, And Always Had Been.”.
By Brendan's animations

I’ve been playing this game off and on for like seven years. When I get bored, I delete it. A year and half later, I notice it’s trending again or I see it in my past purchases, and I download it and have a blast like it’s brand new. It’s really simple but it’s fun and the colors are pretty. Update! After nearly 10 years of playing this game, I have finally reached the last achievement and flown through the 4th island in fever mode. I still play because it helps take my mind off of stressful things, but I will always be interested in seeing something new added. Even if nothing new is ever added, I will probably still pick this game up every now and again anyway.
By JKGKEG

love this game so much, always have!! i used to play it when i was younger and then found it again a few months ago and i’m obsessed. the issue is, when you get past island 10, the game glitches and you can’t go further anymore. this happens to me almost every time i play and it is very frustrating because i can’t beat my high-score or distance because of this bug. i really want this to get fixed so that i can continue playing and loving this game 🥺
By henrjrlqenhrr

I never write reviews but this app was so amazing it didn’t have any adds and the music was so relaxing I love this game.There was no bugs you can also play multi player and race your friends. So great!❤️
By 🐇🌸😊🌺

I love this game so much it super fun and awesome! The only thing I would say needs to be added Is another chapter because I as a lover of this game I need a variety of options to play. A third chapter would be nice having said already finished the second for now. So really all I have to play is the first chapter. I also feel maybe the coins should get you something like you “pay” with the coins and can buy something cool for your game.Maybe a custom bird to play with or something like that. I still really like this app and think everyone else reading this review should get it!
By 🥳🐼🥳