Looking for a nice app to *Read* and *Follow* your favorite manga from your favorite websites? Manga Storm is a simple but powerful manga reader app that provides a great reading experience together with a lot of useful features. With Manga Storm, you will never want to read your manga using web browser ever again. Here are some features you will love to know. ================================== √ Add manga from your favorite websites to the app easily by entering their URLs or use the Internal Web Browser to bookmark them. √ Compatible with popular websites like MangaKakalot, Manganelo, KissManga, MangaEden, MangaFox, MangaHere, MangaHome, MangaPanda, MangaReader, MangaTown, ReadMangaToday, MangaDex and ReadComicOnline. √ Organize your manga list better with "Reading" and "Following" system. You won't find yourself losing track of unread manga ever again. √ Check your manga for new chapters automatically. √ Pre-assign appropriate reading style to each manga. Supports "Left to Right", "Right to Left" or "Top to Bottom" reading direction. √ Read all chapters in a manga continuously. Move from last page of current chapter to first page of next chapter with just a swipe. √ Save your reading progress on each chapter automatically. √ Backup your manga list easily to your e-mail. √ Download your manga to your device and read them anywhere anytime. √ Convert your downloaded manga to CBZ files and export them to read on other comic reader apps. √ Synchronize your manga list and your reading progress across all of your devices via iCloud. What you will get from upgrading to full version. - All ads are removed. - You can continue listening to your music while reading without being interrupted by video/game ads. - You can keep more than 10 downloaded chapters. - You can see all read titles in the “History” tab. - You can assign manga to "Archive" section. - Removed manga will stay in the "Removed" section for 7 days instead of 2 days. For more information, please visit http://www.workcorner.net/products/manga-storm Want to read your comics in CBR/CBZ/CBT/CB7/PDF files? Try "Manga Storm CBR" here, https://itunes.apple.com/us/app/manga-storm-cbr-ultimate-comic/id943902063?mt=8 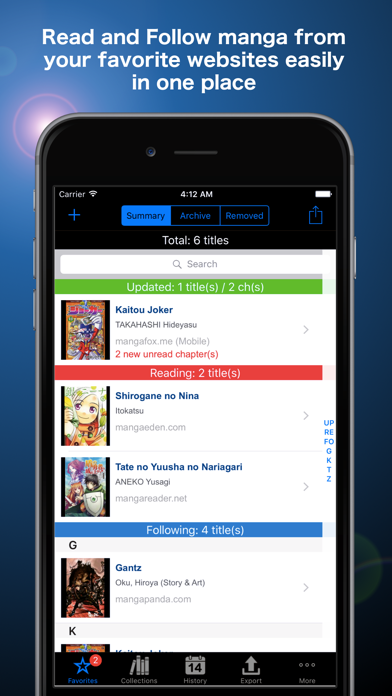 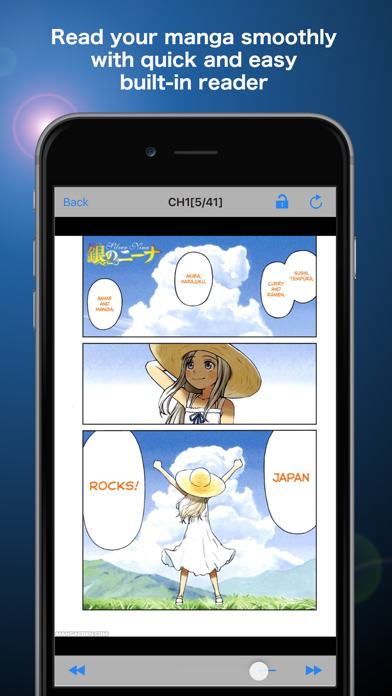 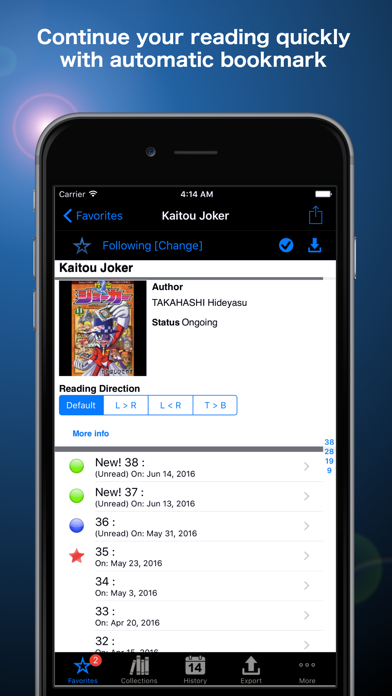 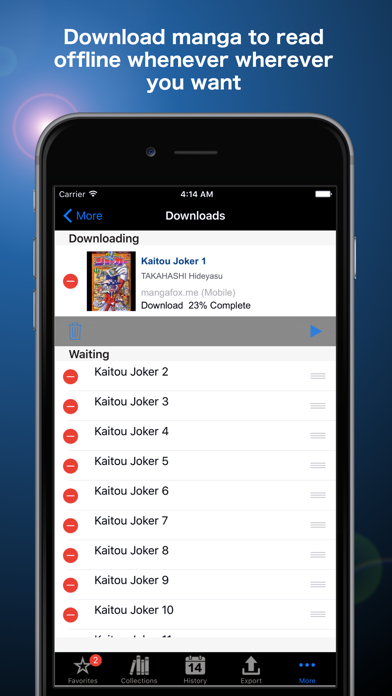 Listen I really like this app. It’s so much better than any manga reader app on the App Store. I really recommend it for any person looking for an app to use for online manga reading. I simply do wish for the app to be able to download chapters while it’s not running on screen. If chapters can be downloaded in the background while my phone is off then this app would be much better. Add a dark mode and this app would be 10/10. Other than that I recommend getting this and even buying the unlocked purchase for $4 as it does deserve it.
By _Pattyboi_

I use to use it

I use to use this app and now that i re downloaded it, I cant figure out how to search any titles or add anything😭
By Gahbee:P

Don’t bother with the free version!

Good overall, free version ads are so annoying you’re better off spending the couple dollars. Only improvement is there needs to be the ability to create folders or categories for manga. Mine has grown impossible to look through
By famoushirse

I’m only rating this one star to get the developers’ attention because this app really needs a double page mode I’ve paid for the app already and I’d really appreciate this addition. I’ll be happy to change the rating to five stars then!
By Maximumzing

Won’t let me open the app

When I try to open the app it tells me I have to purchase it, but when I go to the page of the app on the App Store there is no option to pay, only re-download. Is this a glitch or a bug ??? Please fix it if so, or let us actually buy it if it is being converted to a buy-only app
By xikenak

I’ve been using this app for a bit and I have the unlocked version, but my downloaded chapters just don’t load. I get maybe 2 pages to show but it doesn’t load more than that. Is it a glitch or something?
By manihopethishasapoint

So like why does it say we have to pay to read free manga now?
By JamesPopeyes

I’ve used this app for several years. Always enjoyed the app but as of right now I’m confused. I just downloaded the new update for it and now the app won’t even open. I click on the app, get the open screen and then it closes. When I try am click on the app again, it opens for a brief second and then closes again.
By Ravenclass

No subscriptions and easy, offline access to both manga AND comics (yes, you can read comics too!) for a ONE TIME PURCHASE. It also gets updated with bug fixes pretty frequently. Adding manga/comics is easy and reading them is easy. This is THE best app purchase I have made (I’ve made a LOT), it’s extremely cheap for the value. Please support the dev.
By Djdixhdnjakakdoekenjririfj

Got to love an app that has full screen ads, some of which have sound, that annoys you to get you to pay them. Thankfully, the app mostly works fine when you aren’t dealing with the garbage ads.
By thejerp