Weather Radio enables you to receive critical alerts via voice and push notification regarding life-threatening weather events. Your iPhone will “wake up” with alerts and also track your location to warn you wherever you go. Listen to local weather forecasts while on the move. Enjoy the power of a NOAA Weather Radio, with all the convenience and precision of a smart phone.   Features: ¥ ACCURATE ALERTS- Provides the most precise alerts compared to other similar apps on the market ¥ COMPLETE CONTROL- Choose only the type of alerts you want to receive ¥ FOLLOW ME- Alerts you when a watch/warning is issued in your area ¥ MULTIPLE LOCATIONS- Ensure friends & family are safe by saving up to 5 additional locations ¥ AUDIO- Hear beeps followed by a brief description of the alert type ¥ RADAR- Quickly reference your location to adverse weather using radar with watch and warning overlays ¥ QUICK FORECAST- Access current and forecast weather information for remote locations ¥ VOICE OVER- Works for the visually impaired ¥ VIDEO- View streaming video of severe weather coverage for up-to-the-minute information   In App Purchases: LIGHTNING ALERTS- $4.99 - Lightning alerts are sent when a lightning strike is first detected within 6 miles of your location and an all clear is sent when no lightning is detected within that range for 30 minutes. In addition to alerts, view real-time lightning strikes on the map.   About WDT: Weather Decision Technologies, Inc. is a weather content and technology partner for many major weather brands in the U.S. Weather is our business and weather safety is our passion.   Community: Learn more about Weather Radio and receive update notifications and information. twitter.com/Weather_Radio   Support: Visit our support page for FAQs and questions. http://support.wdtinc.com/mobile/Weather-Radio.html 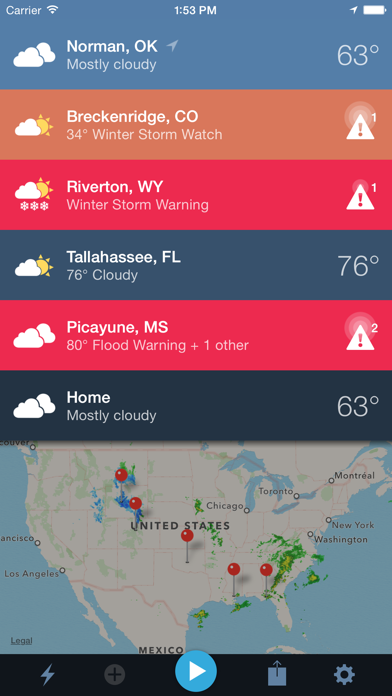 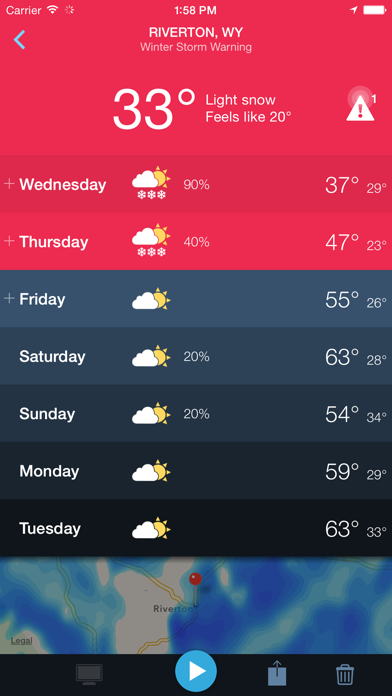 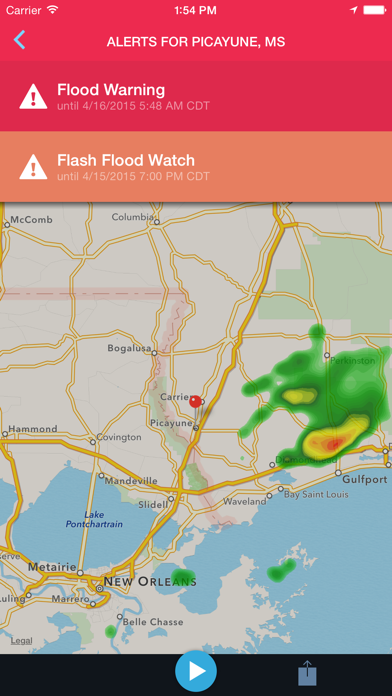 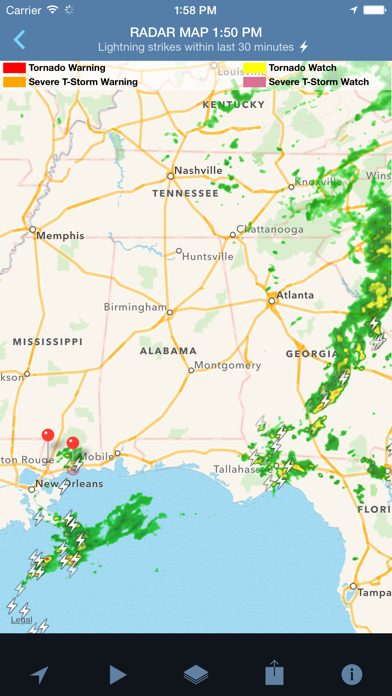 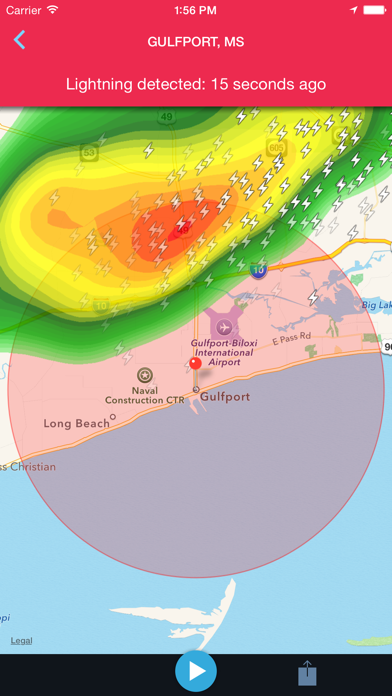 Started with CNN announcement YEARS ago

Why suddenly is this frozen in. landscape view rather than portrait. Using iOS 9.3.5 and have never had a problem until last update. Please correct this so I can return to a 5 star review. Have been using this since you first announced on CNN. I got it that day & it's used every day! UPDATE 10Jan2020 What happened to this app? Now using iOS 13.3 on iPhone 11 Max. Living in Tornado Alley, just a few miles from the Oct Dallas Tornado-this app USED to be amazing. Now I can’t zoom in close to street level. If I zoom out, outside a current screen- the UI doesn’t update to show the overlay where it should (example a huge storm-won’t show the weather (like rain) just the map as you zoom out). I think I first downloaded this app back @ 2012/13 when they were interviewed on CNN. It continued to improve & imho was the best out there. Keyword is WAS. I rely on this for tornado warnings and thunderstorms & flash flooding. Today during a tornado warning is when I found out the app is worse than last time I was in it. The alarms are reliable but the rest of the app is becoming a brick. PLEASE UPGRADE and keep it going. In meantime I’ll try NOAA or TWC.
By GdogsMum

This has now been abandoned by the developers.
By Kleinias

No longer works with new IOS updates on iPhone

Had the app on my iPhone for several years but it no longer works after new IOS updates have been installed. Freezes up and lots of other issues. Would love for it to work as it did originally and for many years.
By Wall Cloud

The app was great for a long time. In the last few months it has gone down. Often times I don’t receive data, leaving me without weather information that I need.
By necie1234

All of a sudden all I can see is the radar and current condition for my cities. I can no longer see the forecast or the hour by hour. What’s going on
By MDO teacher

The app used to give me the forecast for five days and hourly for two. Now it only gives me current weather only. Not worth the $$ anymore
By jguthdrjuhvdgyfvj

The app used to be amazing! But recently with all the iOS updates and the developer not keeping up with those updates on their own app... I believe it hasn’t been updated since iOS version 9 and we’re on 13? The app crashes a lot, the alerts rarely work anymore or even at all. Now half the time when I try to even open the app all I get is ‘can’t read the forecast, format isn’t correct’ type stuff. I hope the app gets updated to fix bugs and meet current iOS versions... guess I’ll switch back to Weather channel and NOAA... it’s bad enough I can even get better real time alerts from storm chasers on FB than this app. I want to love it again but it’s getting really hard to. If you are looking for a weather app look elsewhere.
By Sassiecassie1518

This app doesn’t work because of the format.
By btreader

Appears to not work with iOS 13

Have used this as my favorite weather app for years but after upgrade to iOS 13 it doesn’t work.
By mburylo

App was a 5 star when it launched. I relied on it for simple, to-the-point NWS alerts that kept me weather aware. Now it’s current temps and radar like any other weather app—it’s pretty, but feels like the point of the app is gone. Would love to see it return to original version.
By jfr137