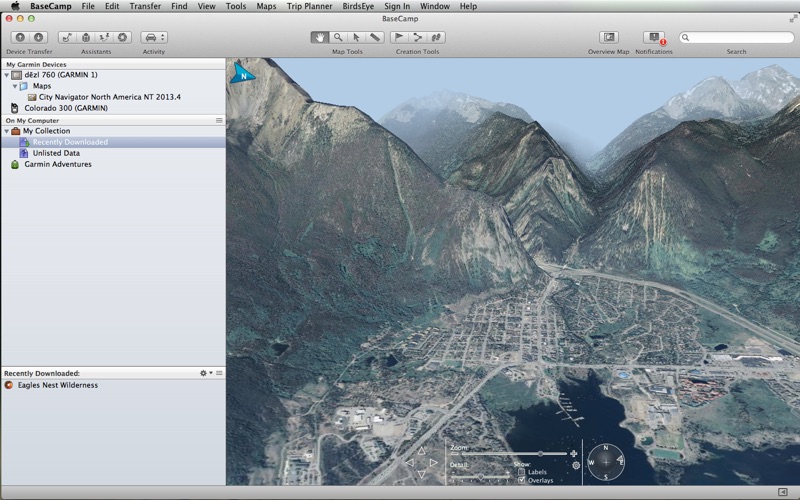 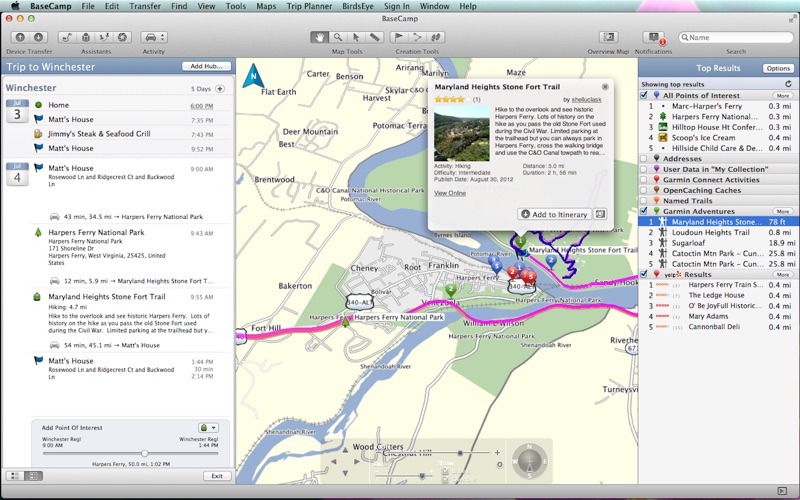 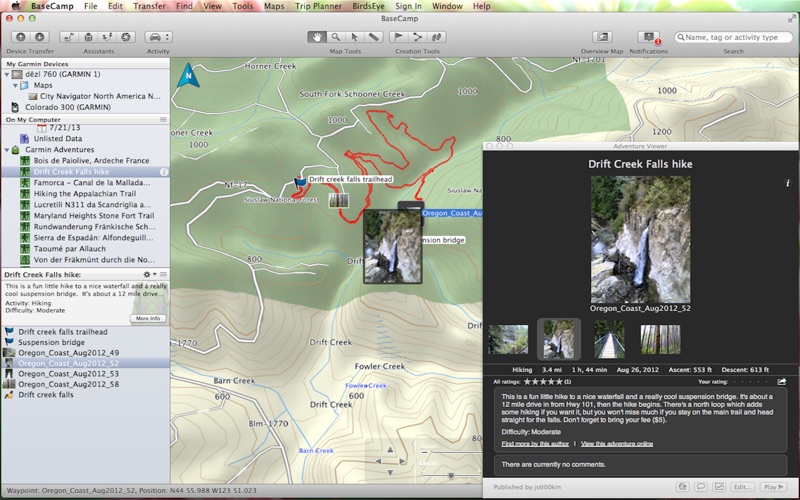 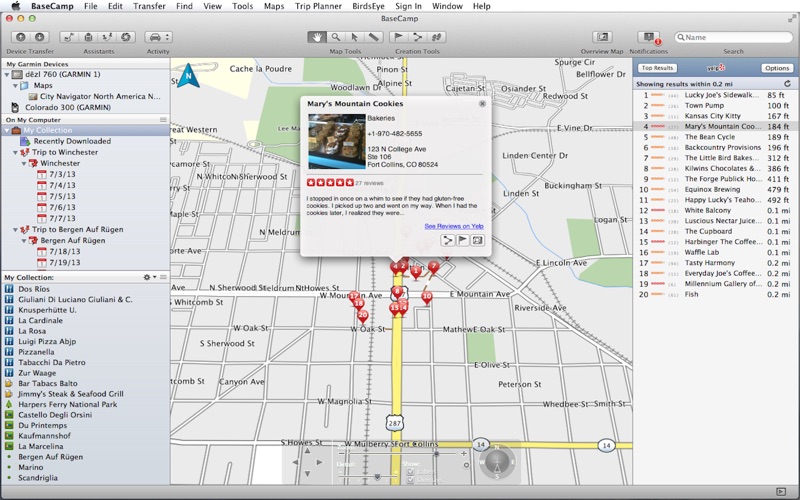 I've been using Basecamp for about 15 years. I have many dozens of journeys routed on this platform, and as many or more tracks saved. Yes its an aggravating piece of software sometimes, but its capabilities far outweigh its limitations. There are thousands of tracks saved online free to download, for everywhere you might want to go in the United States. If you use Garmin devices and your willing to put the work in to learn the software, you'll be rewarded. On a motorcycle, theres nothing better.
By Briang1234

This App is TERRIBLE

I'm running on a Mac with Big Sur... This app is terrible and has me second guessing my purchase, I'm thinking I should return the product I paid good money for. I've powered on once sitting in my room, left the unit on my bed and it's saying I've traveled 500 ft in with 51 feet of asent first off. The app is dreadfully slow, then I've typed in destinations like a lake name followed by state and it drops me randomly in Canada consistantly. I've tried to update my Garmin but the update installer isn't supported by M1 macs yet so that's a no go. After searching for places it adds them to your points of interest and you cant delete them from there. Then the cherry on top is when you click on Birds Eye View (high resolution imagery) they want you to pay a 29.99 a month subscription... I'm going to go with my gut feeling here and say that's most likely not working smooth either. I was excited for the product but everything about this app experience has built resent and now I will most likley return my Etrex 22x and get somethiing else.
By Bones_Audio

I have a 16" MacBook Pro with OS 11.2.2 and a Garmin Zumo XT. Express works fine. BaseCamp cannot see the Zumo XT. So BaseCamp is useless for transfering routes to the Zumo XT.
By rhflaw

This app is not user friendly and is very frustrating to navigate and to use. It is not intuitive and the process of creating a route is maddening and does not flow efficiently. The software is clunky, and most of the addresses I needed to plan for it couldn't identify. Garmin is a LONG way from the quality of Google or Apple mapping software. It is a piece of...software.
By ECF/MD

Don't waste your time. The version of Basecamp installed from the app store has known issues with the MacOS sandboxing and will spend about 99% of the time with the beachball and 1% of the time accepting your input. I thought there was something wrong with my new GPS, but eventually forums revealed that the only problem was the version of Basecamp I was using was installed from the appstore. I downloaded the latest from the Garmin web site and installed it the old fashioned way and it works as you would expect. Garmin should remove this version from the app store until they figure out how to play nice with MacOS as an app store app.
By Wzonk

As a longtime Garmin user and now using the 750i this app just stalls every time I touch the mouse (Mac).
By filmalaska

There has to be something better

I have never written an app review before, but I'm obliged to now. This is the worst. I can't get waypoint data off of one garmin device and onto another via this device. It takes forever to even load this program. Garmin - there are many of us who are counting on this to be able to build waypoints for our professional careers. Please do better.
By Bigtow3360

For a company that is so well known and has such a great following of people all over the world this program does not keep up with those expectations. I feel like I am working on my 286 computer I bought back in 1990. It is like I need to click on something then go make dinner for the program to update. So frustrating. What a dissapointment there Garmin.
By Outside is the place to be!

As of December 27, 2020 the App Store has Garmin BaseCamp version 4.8.9, but the vendor website has version 4.8.11 (two revisions newer) with a change history that states "Fixed compatibility issues with macOS 11 Big Sur". This is a classic example of a vendor that is out of touch with its user base.
By tunepong