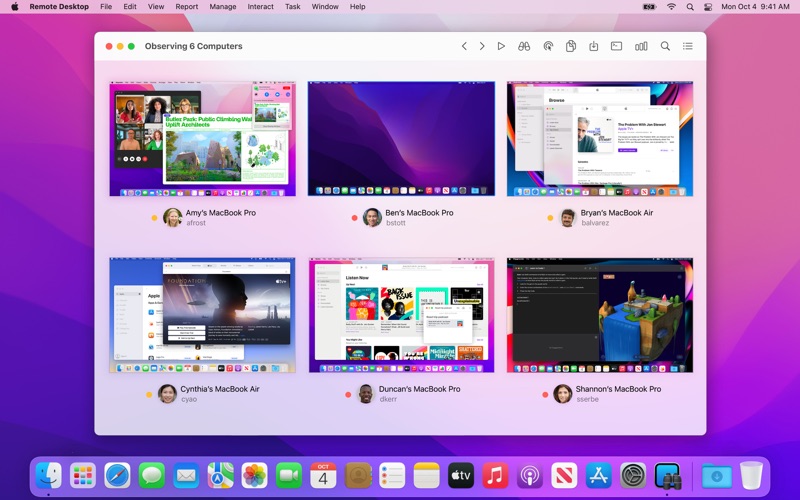 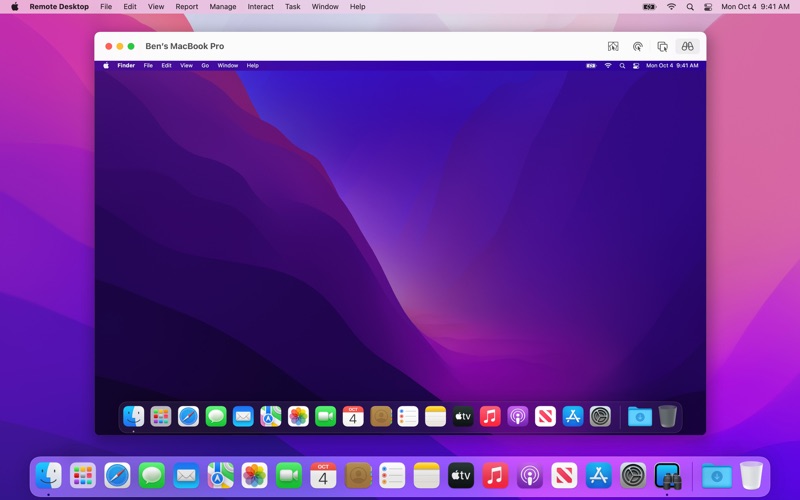 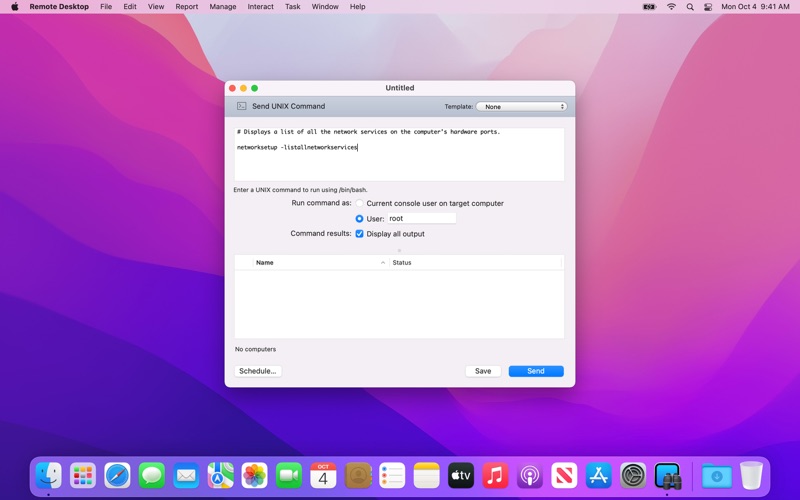 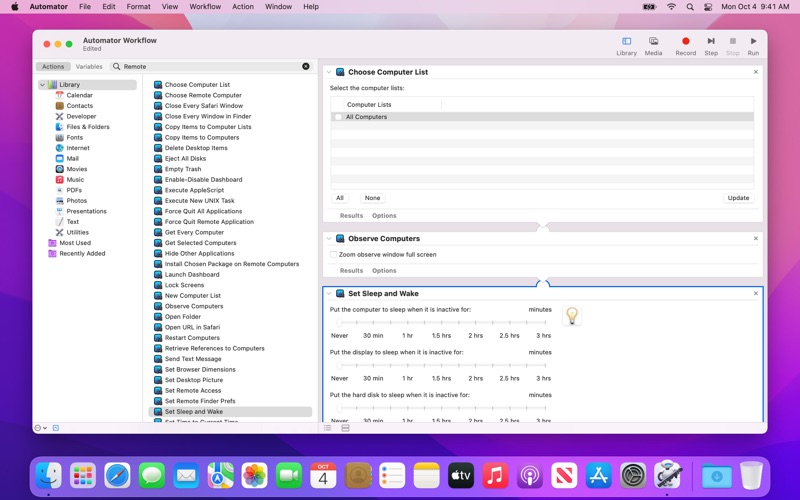 latest version would hang while starting up until I restarted. mild annoyance, but it looks like a restart is becoming more mandatory after installations than it used to be.
By skepticus

I couldn't live without it. I only hope Apple gives it an overhaul some day.
By CaptMrgnX

Fine App - But not enhanced for years

Apple could invest more in Remote Desktop. I use it to maintain and support sveral Macs via LAN and WAN connections. At the time of its introduction, it was a super app. It's still good. But there have been few feature updates and improvements over the years. The good news is that Apple has not (yet) abandoned Remote Desktop altogether as with many great Apple apps before it (eg, Aperture, MacProject, etc ... ).
By xxco

Useless on a Mac Pro with multiple screens

Opened a bug with Apple (Apple care ) about 2 years ago … they still haven’t fixed the driver issue. Mac Pros have a display driver bug that if you have more than 3 screens in any configuration ARDP can only use 2 of them. The rest are visible, but there is nothing you can do to get to them. Found that out after buying this overpriced RDP manager. So if an app opens on one of the non-reachable screens … there is nothing you can do until you can get physical access to the Mac again.
By CodeMonkeyJunkie

Apple Remote Desktop has a great set of features for remote support. It really needs a secure way to set up a tunnel over the Internet from an MDM solution.
By Eric Summers

Please Fix this Product it used to be the best thing

Almost nothing works anymore. Shell , Task , it hangs, it doesn't work. I can do all I need with just the finder and Cmd K. but it only 1 machine at a time. I used to be able to do everything with this app on hundreds of machines at once and it just worked.. PLease Fix this App it used tobe so good.
By Rentahippie

Let's call this exactly what it is - outdated, ignored software that stands as the only way those with multiple macOS systems (not for much longer, because of these issues) can leverage what used to be possible with Target Display Mode: Using a newer iMac to control another in a seemless manner at a larger workstation. This is essential for developers who are issued Macbooks at their jobs and often work from home. This app is not only overpriced, but it is also both a poor substitute for a removed feature and a glaring bit of oversight (more likely cash-grab) on the behalf of Apple. When this software works, it's horribly slow when hardwired. When it doesnt work, there is absolutely no feedback as to what the issue is. Hanging "connecting" messages are frequent - even when connected via either TB3 or CAT5 cable. The longer we pay for this kind of faux product (something offered for free on literally every single other platform), the further down the gutter the quality of Apple's products will slide.
By streetcredit12v

Very easy to use

I don't know why there are so many bad reviews. If you are managing Apple computers this just wokrs. There is almost no setup to manage computers over a local network. The highlighted reviews are both from 4 years ago, so I thought I would add one about the current version which seems to have fixed the bugs and works just fine.
By 17yukidesu17

Connecting from a iMac 27" 5K display to a remove Macbook Pro, 13" means that you are not going to be able to see the remote session full screen in your 5K retina display in the iMac... there is just no way to resize the screen to use the total available space... big overlook from the developers in my opinion!! Microsoft Remote Desktop can perform this task flawlesly... and is a free tool...
By Jorge.Arenas.Pro