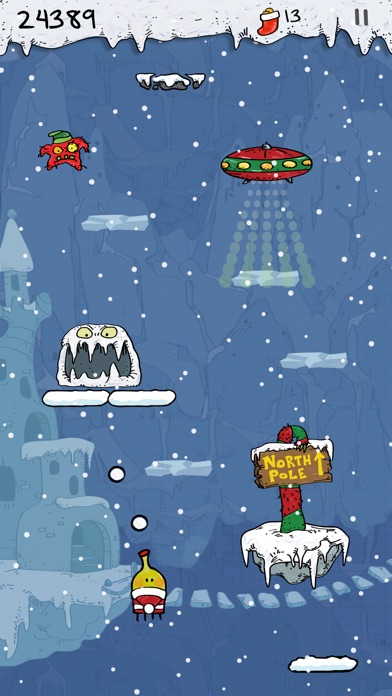 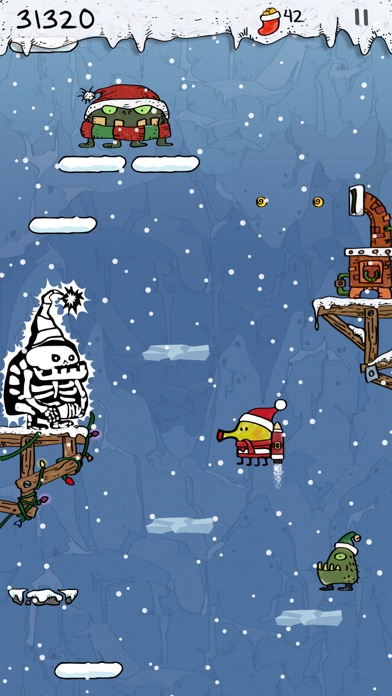 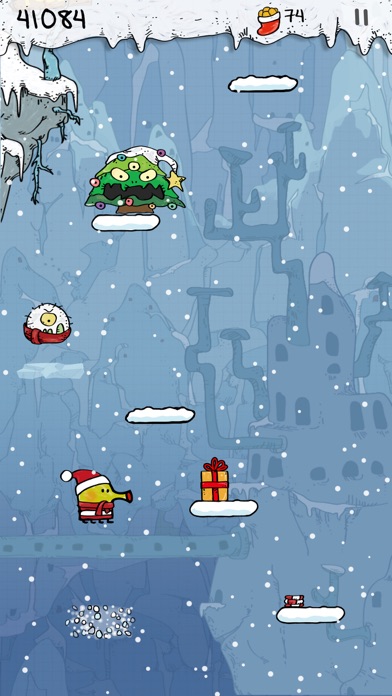 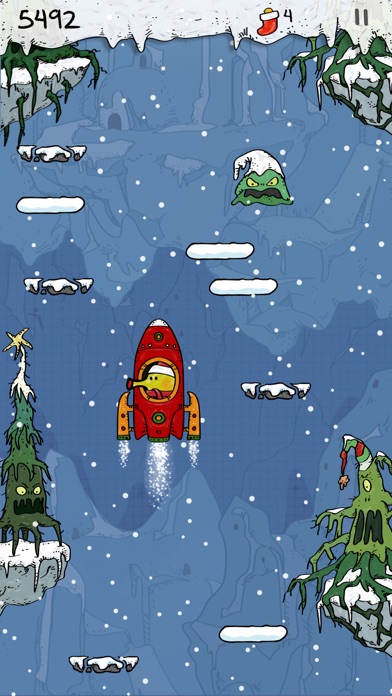 Better than the Original

The designs are more detailed. There are different monsters that you recognize as you jump higher. The gameplay is also slightly easier so I can jump longer. I prefer to play this to the original one with different maps.
By 1996e

They've done it again, they have made an awesome game just like the original!
By scarletartist

What can I say about Doodle Jump that hasn't been said before - it's a fun game!!! I like the graphics and coloring in this special Christmas version - very appealing :) So appealing that I've been playing it during the hottest part of the summer lol! I love it!
By Blue Pine

Can we have a Toy Shop area to jump in?

Right now, we’re only jumping to the North Pole, can we have another world to jump in? Based on the characters? Like, a elf workshop. A winter wonderland. And one based on the events of A Christmas Carol (going from his office, to the past era, to the present era, etc. And if the last part is passed, allow them to go to places from Duck Tales as a easer egg.)
By Rew711

Jumping high into the sky! :)
By SlapHapyPapy

This game is boss it's so awesome!
By Cfgdhhddlkfr

Good, but hard to get characters

You have to spend 1000 hours to unlock just 1 character!
By MrWonkaYT

This game is a very good game for kids and teens. If u are a adult reading this, it might now enthusiast you as the way I think of it. I believe that in this game you can collect Christmas presents for points. With these coins, you can buy these awsome, cool, funny characters. They are much better when you play or see them, I'm sure the way I say it isn't fun or interesting, but I'm doing the best I can. Anyways, these characters are more than characters, they are a show off. You can challenge your friends with one of your greatest characters and show your friend them. They will say " OH MY GOD, how did u get such a awesome character like that. It's much more fun when you play, especially when you get to move your electronic around and jump on long bricks. This game is a good game in my opinion. I'm sure u will love it too. Enjoy and I hope you liked my writing about it. And don't forget about the monsters. Hahaha! Enjoy everybody.
By Jazzycrazy68

This game is fun for 1 second

It's just a qbert looking guy bouncing across the screen like a flea on platform, problem is it is so fast pace from the get go that the game is over in seconds. You hit the presents by tapping the screen, seconds go by and game over, play again. Repeat. I suppose you could get good at this but seems like it'd get old fast even if u did get good at it.
By numale

I love this one more than the original version. The graphics is distracting you and definitely it's harder than the original one. I wonder why some users are complaining about the price, It doesn't make sense at all. It's just a dollar. This game is not same as the older version and it should be separate from that. You will enjoy this game.
By Chartab

Be My Valentine - Free