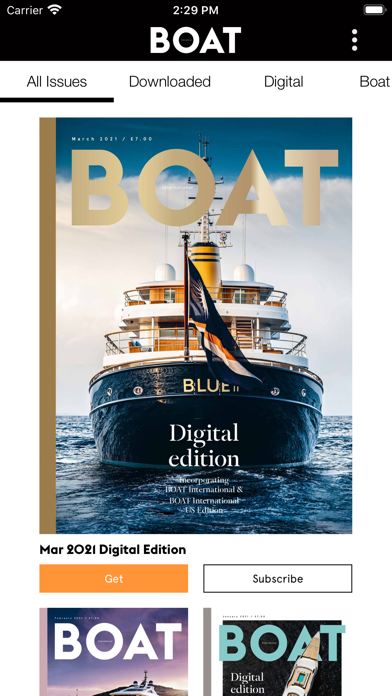 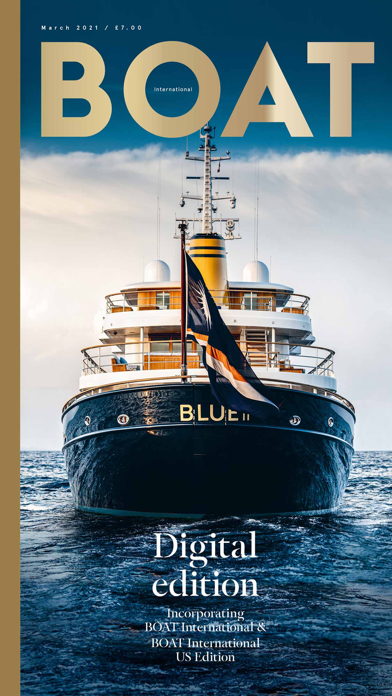 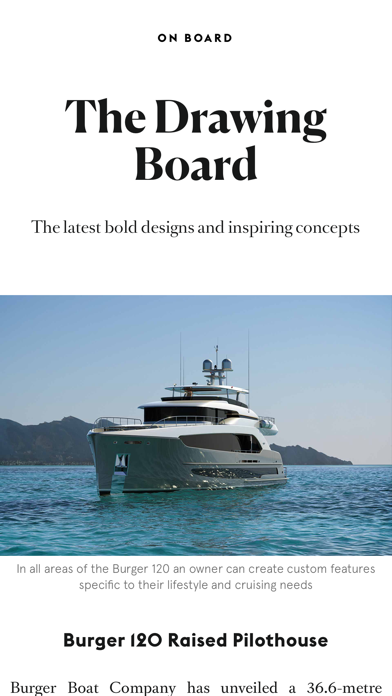 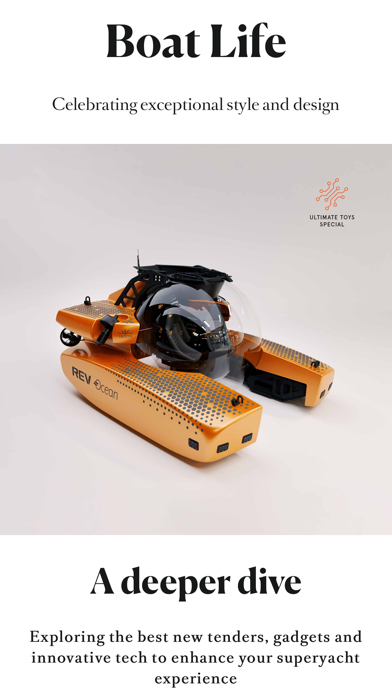 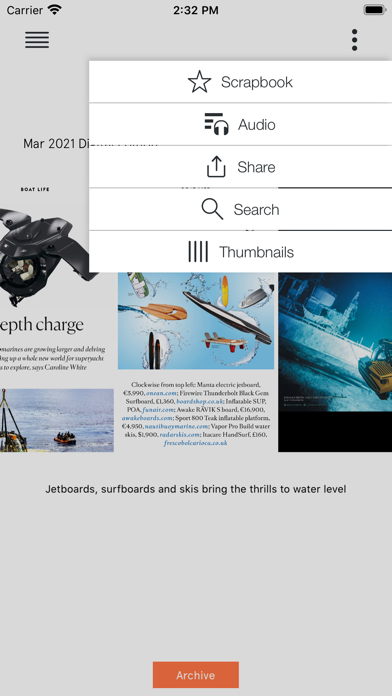 A Beacon on the Super Yachts market.

One of my biggest challenges as a yacht broker is to count on polished, efficient and attractive media to promote the yachts I'm selling and BOAT is, no doubts, one of the best. Both sellers and buyers appreciate the way pictures and information are presented, mixed with the right amount of yachting lifestyle and luxury goods. BOAT is a well rounded, elegant and reliable tool. Congrats!
By Fconstantino

I have been a subscriber for several years.Recently it showed I had to pay for every issue I have already paid for. The support email for the app no longer works nor does contacting the magazine directly. Money paid for nothing!
By chromeswan

The app was working fine until the latest iOS 10.3.3 update where a message pops up and states that "no issues have been setup" then the app crashes. The content and magazine are great the app is not.
By luiss

I've yet to be able to even view one copy of this - takes F O R E V E R t o load a copy, then crashes, then deletes what you have just spent 3 hours downloading. P. O. S!
By championcommander

An above average magazine App.

I have multiple magazine subscriptions across the varied app's available (Newsstand, Zinio, stand-alones, etc.) and find Boat International to be plagued with some issues. While not National Geographic, there is plenty of interactive content to make each issue an upgraded digital version of the print magazine. The Zoom feature is better than most, and combined with the ability to see the featured photos as a gallery make detailed observations of the vessels a snap. Each issue is large (think Wired) so expect a chunk of download time. The problems began, for me, with "Updating the Shelf". Seemingly an endless process, I have resorted to doing a full iPad turn off/on to simply read the magazine in a reasonable time. I don't know if it's related to the NISI video played at start-up, but it's annoying at best. Clearly the defect is the application, not the content of the magazine. I'm surprised frankly, that a publication intended to appeal to the most discriminating of readership would allow its digital "face" to be so poorly received. Here's to hoping an update will right this ship.
By Munokhoi

I downloaded 6 of them (over 7GB data) to read at my flight. I read one at the beginning of the flight . Then after my lunch, when i reopened the app all of my downloaded magazines were gone! Very dissapointed and yet this is not the forst time this has happened to me. Just dont waste your money guys, go buy another app.
By Emir Ozmen

This app simply crashes consistently ( I have the iPad 1 ). Honestly the only thing that works is the flashy video ad at the start which I have now seen 50 times trying to read an issue. You would think with this cover price they could actually invest in a functional magazine. I cannot even get past the first page of the magazine without it crashing 100% of the time. Do not purchase.
By --Nigel

Art is rather poorly rendered. Downloading is very slow and took so many attempts that I lost count. Issues at $6.99 seem wayyy too expensive to me.
By Doedoe57

Do not update to this version

After updating, any previously purchased magazines were erased! Cannot find a way to recover them again without paying again. It is frustrating and infuriating. Hope the publisher fixes this before I feel the need to escalate my complaint.
By Cemart