CityMaps2Go is the ultimate offline map for travelers, mountain biking, and hiking enthusiasts who want to be prepared wherever they go. Join the millions of users worldwide who trust CityMaps2Go! What others say about CityMaps2Go: "Essential app for travelers", Time Magazine "One of the best offline maps apps", WSJ "Maps without racking up roaming costs", Macworld And here's why millions of travelers and outdoor enthusiasts love CityMaps2Go: ▶ OPTIMIZED FOR OUTDOOR: CityMaps2Go includes detailed maps of remote areas and national parks. CityMaps2Go offers terrain maps with footpaths and contour lines online as well as offline. ▶ IN-DEPTH CONTENT: Unlike other offline map apps, CityMaps2Go features photos as well as tips and comprehensive, detailed info for millions of places. ▶ WORLDWIDE COVERAGE: CityMaps2Go covers the whole world. More than 150 countries, 60000 destinations, and 50 million places!! ▶ WORKS OFFLINE: CityMaps2Go works online and offline. Saving you from connectivity problems in national parks and remote areas and data roaming charges in foreign countries. ▶ PLAN TRIPS & TOURS: Plan tours with lists. Remember and save all the places you would like to visit. Create lists and have your travel ideas ready when you need them. ▶ DETAILED MAPS: Explore your saves on a detailed worldwide map. Navigate streets, footpaths, and bikeways wherever you are. ▶ SHARE WITH FRIENDS: Share your travel plans with your friends. Planning your trips or hike with others made easy with CityMaps2Go. ▶ SYNC BETWEEN ALL YOUR DEVICES: Create an user account and login from any of your devices. __________________________________________________ A note on battery life: We've spent years developing and improving the location technology that powers CityMaps2Go, making it extremely power efficient. But, as with all apps of this type, please note that continued use of GPS running in the background can significantly decrease battery life. We'd love to hear what it is you like about CityMaps2Go and how we can improve it for you. Drop us an email at support@ulmon.com . Enjoy your travels and exciting outdoor tours … and don't forget to send us a postcard. 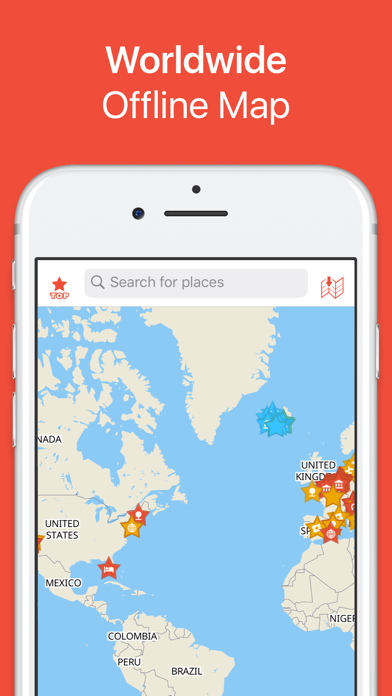 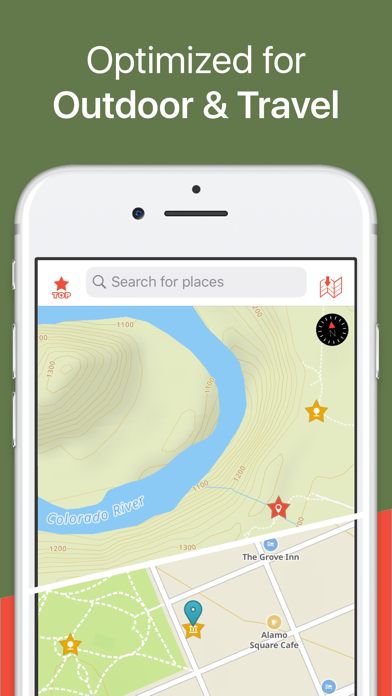 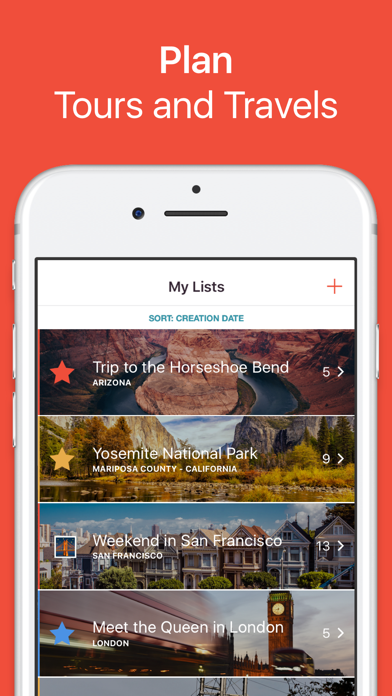 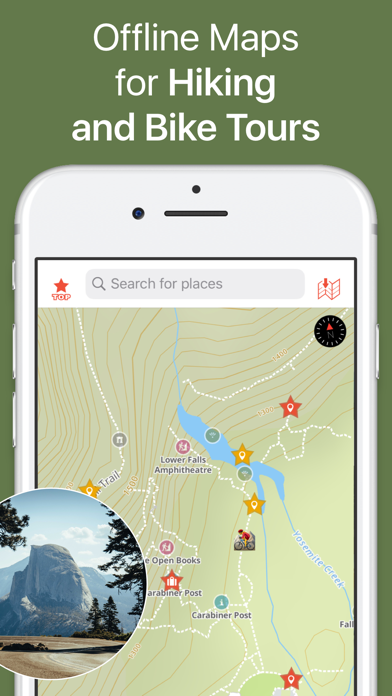 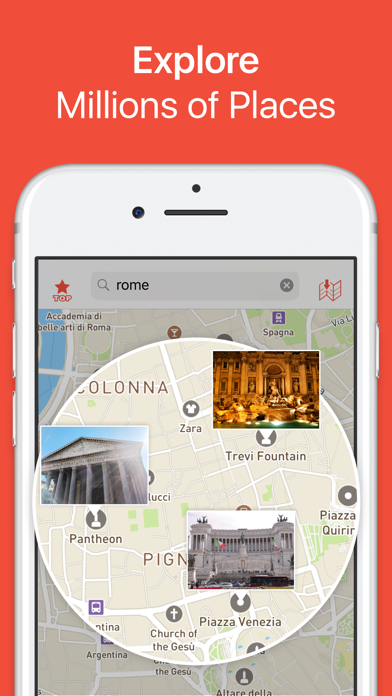 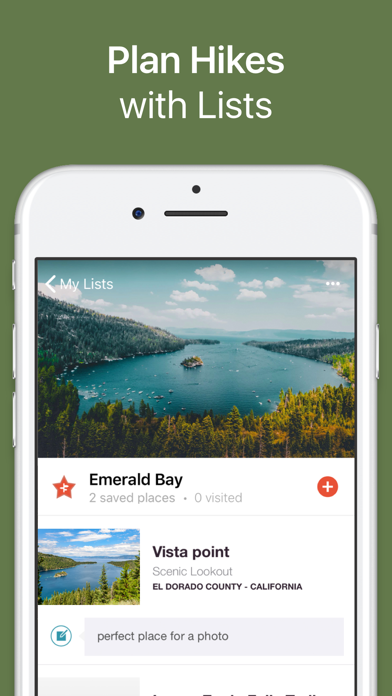 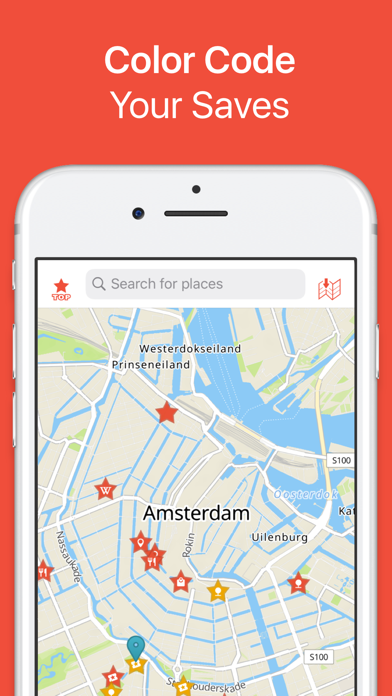 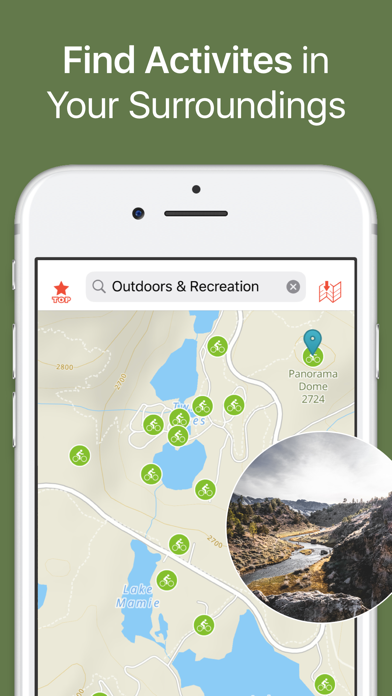 Stopped Working and Lack of Support.

This app used to work great when I got it years ago. It has not worked now for almost a year when offline. I have deleted and reinstalled the app but no luck at all. After downloading map it only works if your online which defeats the purpose of the app. The FAQ on the website does not address any troubleshooting issues. The support form on the website for assistance does not load and several emails have gone answered. It’s like the company is no longer in business but the website is still up and the will still sell you an app that no longer works. Before you buy it test there support if you can even find it on their website. Horrible, STAY AWAY.
By Ozzie419

does NOT work offline

paid for Pro version and maps are blank offline. Have to connect to wifi first and keep phone on for maps to show. Switch phone off then back on and maps disappear. defeats the entire premise. Oddly, the older free downloads work perfectly. My advice? Go back to selling these maps for free. Ps: npbody from company responds to fix the issue
By aex567

Update 1 mo later: Ulmon’s web site support form hasn’t functioned for at least a month. I’ve emailed support, and contacted them via Facebook, with no response. These problems may be connected to recent security issues Ulmon reported to users. New users should beware investing in this abandoned app. Original review: CityMaps2Go was once one of my most-used apps, and I happily paid for the premium version. A recent update required re-downloading all maps. After doing so, I’ve repeatedly found the once-reliable offline map use feature, which I relied on, to be totally unreliable. Even when I have already downloaded the map for my current area, the app will show a blank map when I’m offline. It seems to need to “call home” at arbitrary and unpredictable times in order to work, crippling it for offline use. If Ulmon reads this: Please restore the earlier simple and completely reliable offline performance. Without that, this app is essentially useless to me, and I regret paying for the premium version.
By TLMuse

While walking around Paris my map randomly quit working. I had airplane mode on the entire time and it was working fine for about a half hour while I walked. Then it quit. I just about got totally lost but luckily found a Starbucks and got internet and it came back up. Do not go out with only this as your map!
By Sea Club girl

No streets or features shown on map. Utterly useless. Shows blank screen. Too buggy to be useful.
By Flyrcg

I forgot my password and there is no way to retrieve it.
By Joan05061

I have lost all my maps and information numerous times. It has had nothing to do with updates. I was off line and the map went blank. It never used to do that until June 2020. Looking for a usable alternative.
By smitty3869

I agreed to the upgraded version, which said all my saves would be retained. Everything is gone. Years of traveling gone. Don’t trust this app with your memories.
By Airline guy

Data was compromised on this site. Don’t use.
By APA7109

App is fine but I wanted to change password due to a data breach early in the year. The support site wouldn’t accept my password. Tried creating new password. My account was locked. The instruction was to contact my account admin. ??? I bought an app, I have no account admin. No way to contact them. It was their data breach that caused this problem.
By Tad Stones