--- July 18, 2014 Gamepad support has been added. --- Initially released in Japan in 1993, Secret of Mana took the world by storm with its innovative real-time battle system and gorgeously rendered world. It continues to stand out among other action RPGs for its seamless gameplay that anyone from beginner to veteran can enjoy. One of the most memorable elements of the Mana series is the Ring Command menu system. With the single press of a button, a ring-shaped menu appears on the screen, where players can use items, change weapons, and do a variety of other actions without needing to switch screens. This Ring Command menu system for which the Mana series is so well known was first introduced in Secret of Mana and has since appeared in most games in the series. Play as Randi and his two companions, Primm and Popoi, as they adventure all around the world. At the center of our epic story is the mystical power of Mana. Battle the empire in its quest for control of Mana. Befriend the eight elementals who wield the forces of nature itself. Numerous encounters await at every turn. Additional Information (reference only): ESRB Rating: E10+ with Mild Fantasy Violence and Mild Suggestive Themes ------------ 1993年8月6日,《聖劍傳說2》在超級任天堂上發售,以當時的新概念系統“動作戰鬥”博得了相當的人氣。這是一款將指令戰鬥的戰略性融入到即時、無縫戰鬥中的角色扮演遊戲,無論新手還是老玩家都能從中體驗到充分的爽快感。 “指令環”是《聖劍》系列的特色系統之一。按鍵後畫面上會出現環形的選單,不需要切換畫面就可以使用道具、更換武器,是一種非常方便的系統。這一系統在《聖劍傳說2》裏首次登場,之後為整個系列所傳承。 玩家將操作主人公Randi,以及他的夥伴Primm和Popoi行動,隨著劇情的展開而前往世界各地冒險。本作劇情的關鍵,是肉眼無法看見的強大力量“瑪娜”。與覬覦瑪娜之力的帝國軍隊作戰、邂逅掌管自然之力的精靈們……在他們冒險的旅途中,將會有諸多有趣的故事在前方等待著。 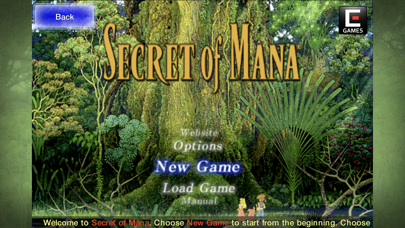 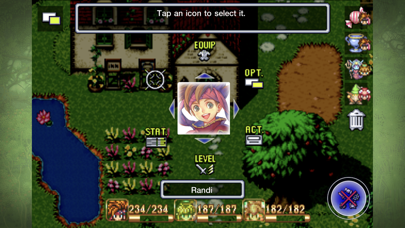 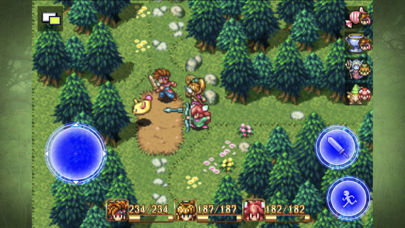 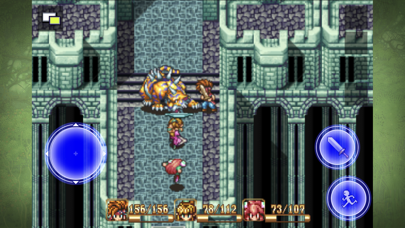 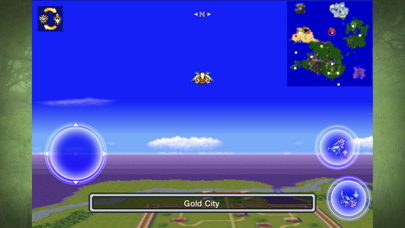 But with new update, sound no longer working

Just updated my IOS on iPhone and the sound stopped working. This game can’t be played without sound and I’m smack in the middle. Please fix ASAP!
By Balshanification

I loved this game on the SNES. I played and finished it back in 1993. This version has a major issue. The frame rate has been choppy for years even with more powerful phones. It feels like it is capped at 15 or 20 frames per second. Very choppy scrolling. Why not 60 fps like other games? This ruins it for me. I have the original and all ports of this game. This version is by far the worst way to play it.
By Uvuser

They finally fixed the game in March 2020!!! Love this game so much. Glad it’s back.
By cutegeek80

After updating it started lagging from the start menu and when I tried to reinstall, all of my saves were deleted. Regardless I can't even play the game because it freezes every 2 seconds. I was just beginning to enjoy it too :( Edit: problem was having Hulu open but that really shouldn't prevent the entire game from functioning properly...guess I'm starting over now that it's all working again. Fun game otherwise! Graphics looks pretty good I love the story and music. I'm new to this game so I hope to finish it!
By MonkMasterMind

perfect port! still wish the game had more guided visuals or text help. its hard to navigate in this game
By Xantron191

Ever since the iOS has been updated to 13 this game is ~1/8 the size and only appears in the bottom left screen. Devs have known for months now but haven’t done a thing to fix this problem. Update One: Its been a couple months since my initial negative review. The problem still persists, though it started at THE LAUNCH OF iOS 13, and they had the gall to run a sale of this of game even though the game doesn’t work with iOS 13. Apple hasn’t pulled it from the store nor has SE, obviously. Horrible business practices, from both sides, in my opinion. I can basically feel the giant middle finger pressed against my face from both companies. Anyway, to wrap up. Save your money for a different game or until they fix this. Update Two: The fix for iOS 13 is here and well, the game works completely fine near as I can tell. I haven’t run into any bugs so far. It’s a wonderful game when working and I’d recommend picking it up if you’re a fan of it or have never played. The reason I won’t go higher in my rating is for other issues.
By spectrumshade

So very glad you fixed the problem!
By da dudebro

Make no mistake, Secret of Mana is back from 4 years of development limbo. Surprisingly, It's the same as it ever was in 2D, but look, Ma, no bugs! I do have a quick suggestion for the team: stick the controls in the extra space you now have on the X and later so that it makes an intuitive game pad without mucking up the play field. Still, SoM stands as one of the best RPGs under $15 and comes highly recommended as a GOAT within the genre, even if the 3D port was kinda sickening for some. What's that? Haven't played? Well, what in blazes are you stumbling around for? Get you some today!
By swordzman0611