New York Daily News New York's #1 newspaper delivered in amazing digital quality, featuring top news and photo galleries updating 24/7. Read the paper in classic print format, or long-hold on any article to access the text version. Tap or pinch to zoom for easy reading. – Try a 1 month subscription and get 1 week FREE. – Receive 1 month free with your 6-month subscription, available for $13.99. – Receive 1 week free with your 1-month subscription, available for $2.99. – Payment will be charged to iTunes Account at confirmation of purchase Daily News award-winning writers, columnists and opinion formers bring you news from the world's greatest city and from the world beyond. Read the very best live coverage of national and local news, New York exclusives, politics and the latest in gossip and entertainment. No one covers the Yankees, Mets, Giants, and Jets like Daily News. Download the editions for offline reading. Swipe quickly and easily between newspaper pages and top news articles. Share stories with friends through email. – Account will be charged for renewal within 24-hours prior to the end of the current period, and identify the cost of the renewal – Subscription automatically renews unless auto-renew is turned off at least 24-hours before the end of the current period – Subscriptions may be managed by the user and auto-renewal may be turned off by going to the user's Account Settings after purchase – Any unused portion of a free trial period, if offered, will be forfeited when the user purchases a subscription to that publication, where applicable. Privacy Policy - http://www.tronc.com/privacy-policy/ Terms of Service - http://www.tronc.com/central-terms-of-service/ 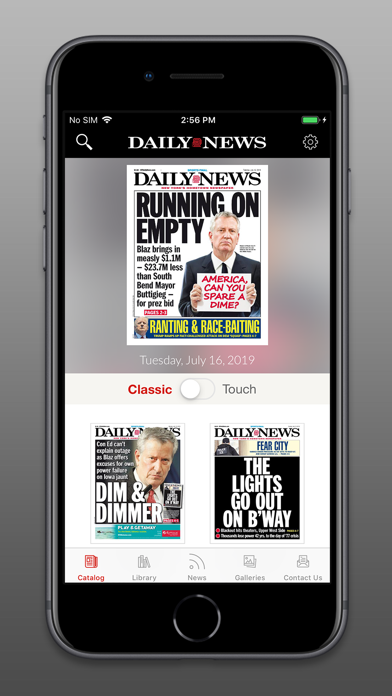 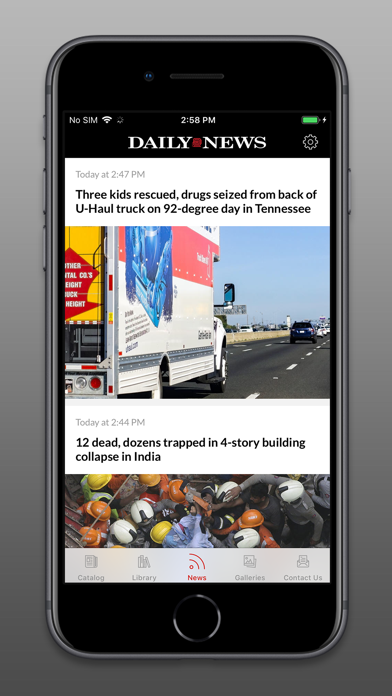 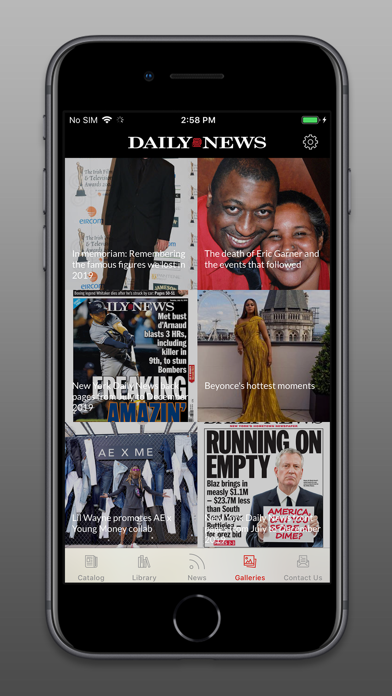 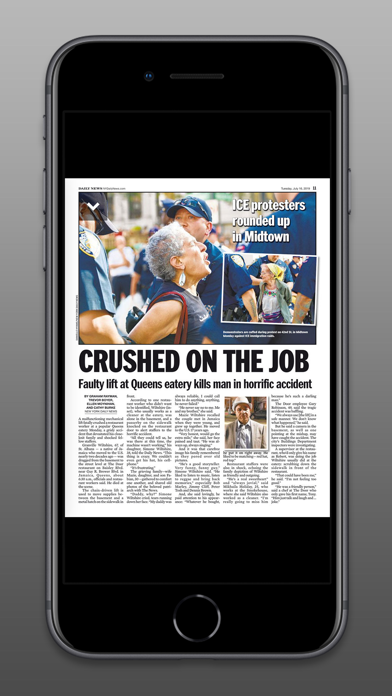 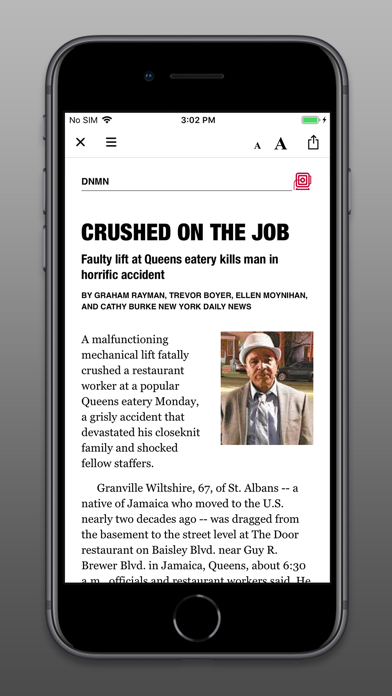 DO NOT GET!! Pages are blank and missing. It seems like when the adults are away the children will play. They have a bunch of morons working there. As soon as my subscription is up I will be reading the NY POST!
By Steven 52

Very often on the digital replica of the paper up to 25% of the pages are blank. Contacting customer service is waste of time. They do not respond. Don’t throw away your money on this app. It’s worthless.
By Bill54345654

Daily News is not news

The Daily News is “over the top” with a leftist agenda. They just OMIT any news that’s important. Border, Afghanistan, inflation, Biden’s incompetency, Hunter, crime and punishment.After November, the Daily News will go bankrupt. Spilok
By spilok

The 4/29 digital edition of the NY Daily News was missing about half of the paper. The cover page was blank and from pages 3 on there was no actual news just rows of unclaimed funds. Trying to get an answer or to alert someone (either at the Daily News) or this app has been impossible
By NSM1017

Except for shootings, stabbings, pushing, nothing’s current. Sports is a joke. Sports is spotty: box scores from HOME games are not always available. Seems like you buy the “stats-du-jour” and fill a page.
By PonzaJohn

A real honest review by a REAL NYC’er

This rag (named for my hometown paper) is nothing like that. First, a brief; back-history; NYC had for - at least my lifetime - 2 newspapers, The Daily News, and the New York Post. When the Aussie bought it, the second paper morphed into a celebrity-rag. The Daily News (I’m talking print editions) - though it did try to somewhat appeal to the readers of that trash, they still reported actual news. Now, we’re in the digital age. I’d never give M-rd-ch a penny, but I still need my paper. I’ve been paying for a subscription to this - NOT because it’s better (terrible, actually), but simply because it’s a force of habit. In the past decade of my subscription, the corporation which owns the Daily News has been in it’s own news, the biggest being was it was bought and the writers…’ streamlined’, i.e, they pooled writers of one of the papers they’ve owned to work for their other papers. They’ve also hired a lot of paper who have little if any experience in writing - period, because all the real writers were let go, retired, or couldn’t work for the chump-change offered. So they got a bunch of amateurs, who must’ve read a variation of the old, ‘can you draw this?’ As on matchbooks, which said, ‘if u can rite….’,, and they were hired. The amateurish drivel’s ridiculous. The amount of spelling gaffes wouldn’t be so bad, if there weren’t as many FACTUAL gaffes. I know…’ so, why do you still subscribe if it’s as ghastly as you say?’ Again, I need something to Jeri me in touch that’s - a as far as i know - authentic (meaning written in and by NYC’ers), that’s still got a ‘heart’ (an original source) of being a newspaper (if anyone has alternatives, believe me, I’d be thrilled to look into it). If this is the better of the two ‘hometown papers’ (as may real NYC’ers remember them being referred to as), and I’m saying this is miles above where the NY P-st is - and this thing is OFFAL. Unless your a masochistic NYC’er, stay AWAY from it.
By UNOwenNYC

Used to love the business section. Very unhappy you do not do that anymore.
By fmevbado

I read several newspapers daily including the NY Daily News and I am always frustrated by the e absence of certain newsworthy reports that are not covered by the NY Daily News that appear to be politically motivated.
By Baba Doey

Constant mash up of pages, public notices replacing news pages. Pages often blank. Don’t get Sunday magazine but when asked why, they have no idea how to fix. Told them I have iPad edition, they don’t know what I’m talking about. Since they now publish from Chicago there evening deadline is not compatible with time zone, lots missing in sports page. And editing seems to be done by third graders. Numerous grammatical errors. When subscription is over so am I. After 15 years I’ve had enough.
By 77mantleguy7

My wife and I look forward to reading the Daily News. The horoscopes keep us entertained.
By Oh@Ratz