The Classic iPhone Hit is Now Available on Your Mac! In Flight Control HD, you’re an air traffic controller at an increasingly busy airport. Just point and drag aircraft to their landing zones with your mouse or trackpad, but don’t let them collide. It’s simple, but not easy! You’ll need nerves of steel and smart strategy to keep the chaos under control. Flight Control HD has been especially redesigned for the Mac, with beautiful high resolution graphics, subtle snap-to landing zones suitable for mouse and trackpad play, and collision warnings adapted for a larger screen. ✈ NEW ✈ Play Safari Airfield, an all-new map with unique gameplay, available only on the Mac App Store! ✓ Insanely addictive – easy to start, but impossible to stop ✓ Enjoy 9 maps of varying difficulty to suit players of all levels, including 4 large scale HD maps ✓ Unlock a range of achievements ✓ Compete on online leaderboards ✓ Fast-forward mode for advanced players ✓ Multiple player profiles, so the whole family can play ✓ Quirky retro style graphics, inspired by the golden era of aviation ✓ Infinite replayability as you chase ever higher scores! So welcome aboard - please sit back, fasten your seatbelt and enjoy the mayhem on the big screen. Treat yourself and buy Flight Control HD now, or surprise a friend and “Gift This App”! _____________________________________ ⓘ For the latest inside info from Firemint: ► Join us on http://facebook.com/flightcontrol ► Follow us at http://twitter.com/firemint ► Visit our site at http://firemint.com 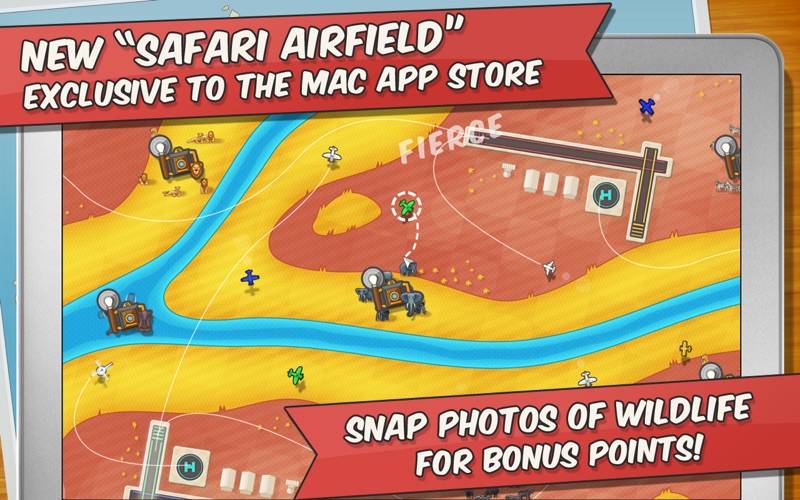 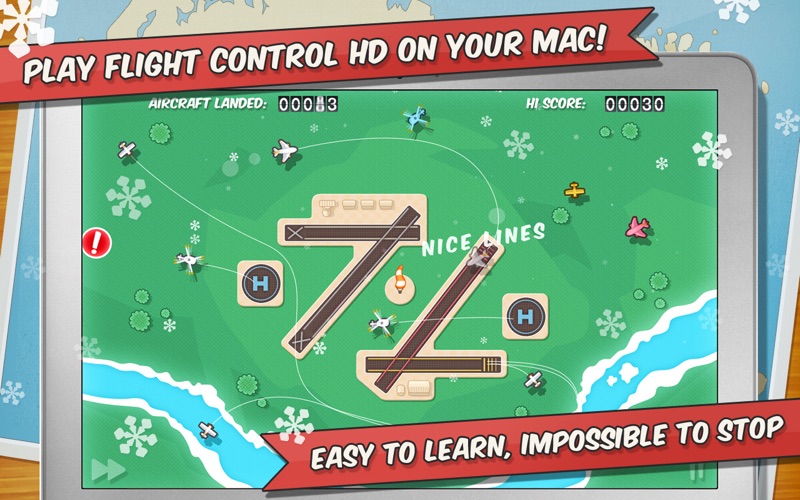 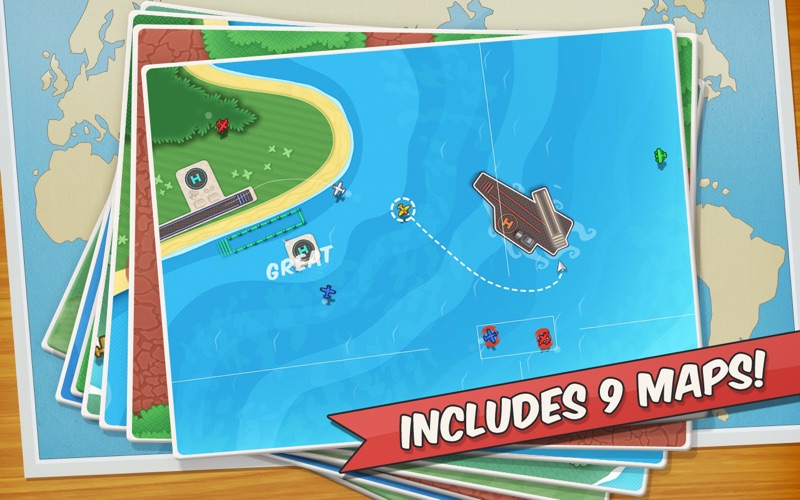 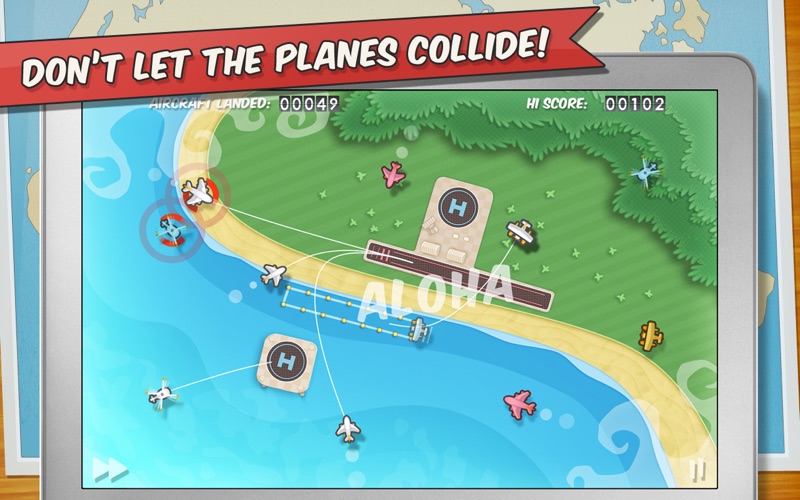 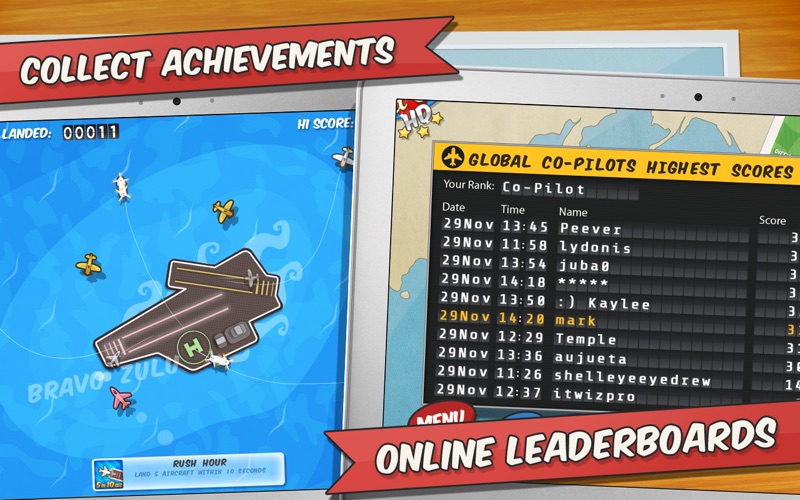 Does not work on macOS Catalina

This showed as "Compatible with this Mac" but game won't launch with a message that this app is not supoprted on this Mac. If that is so, the store should not show it as "Compatibility: works on this Mac." Asked for a refund, 3 days later still waiting.
By jgold6

Not a great game-or really a game at all. I would love a refund if I could get one.
By clwhite12

Addictive Game - Worth the price!

The game is highly addictive and fun to play. It is value for money. However I would love to see an online multiplayer mode over Game Center. If there could be an iPhone/iPad vs Mac gameplay available, it would be great.
By mvb90

Would be nice to play on my wifi with other players i.e., iphone, iPad, or another MacBook. Otherwise, I love it.
By Lovemyelement

Not really a great game

I purchased the Flightcontrol HD game after playing both the iPad and iPhone versions. The mac version is restricted to one map until you have played x amount of times unit you can progress to the next one. I purchased the application with the expectation of using it in its entirety and not by some pre-set, hidden progression. How does one ask for a refund?
By Fan in LC

played it a few times vut got really bored
By clairechapin

I have this game on my Droid and I can't get enough of it. Now that I have it on my Mac you can't get me of this thing.
By Ausitn2017

quite interesting! but the iPad version is beter.
By JNLeee

Lots of enjoyment - for hours!
By Barry from Washington State