Puffin Web Browser is wicked fast. Once users experience the thrilling speed of Puffin, regular Mobile Internet feels like torture. Puffin Browser Pro is the premium version of the Puffin family. It is not ad-sponsored. Wicked Fast: Puffin speeds up mobile browsing by shifting the workload from the resource-limited devices to the cloud servers, and resource-demanding webpages can run super-fast on your phones or tablets. Cloud Protection: All traffic from Puffin app to Puffin server are encrypted, a protection from nearby hackers. It’s safe to use public non-secure WiFi through Puffin, but not safe at all for most browsers. The Latest Flash: We keep improving our cloud servers, and provide the latest Flash support over the cloud. Save Your Bandwidth: Puffin uses proprietary compression algorithm to transmit web data to your device, and it can save up to 90% of your bandwidth on regular web browsing. (Please be noted that streaming Flash content or videos requires more bandwidth than the normal usage.) Features: * Incredible Loading Speed * Adobe Flash Support over Cloud * The Whole New Tabs Browsing * Download to Cloud (Up to 1G per file) * Theater Mode * Adjustable Flash quality * Virtual Trackpad (Mouse Simulator) * Virtual Gamepad * Color Theme for Toolbar and Slidebar * Fastest JavaScript Engine * Full Web Experience （Desktop view and mobile view） * Incognito tab for private browsing * Synchronize Chrome bookmarks automatically. ==== Limitations ==== * The data centers of Puffin Web Browser are in the US and the cloud servers can only access public web sites from US geolocations. * For users outside the US, local content, especially videos of local interest, may not be accessible from the US due to geo-restrictions in your home country. * Due to the Internet censorship, Puffin Browser service is blocked in China and Saudi Arabia. For more information, please check our FAQ: http://www.puffinbrowser.com/faq.html ==== Suggestion ==== For all users, we suggest trying the free version before buying the full version. This can help you make sure that Puffin Web Browser works well and fulfill your needs. ==== Privacy Policy And EULA ==== http://www.puffinbrowser.com/privacy/ 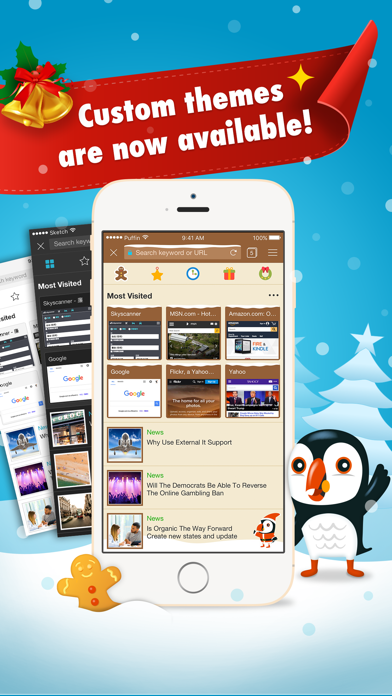 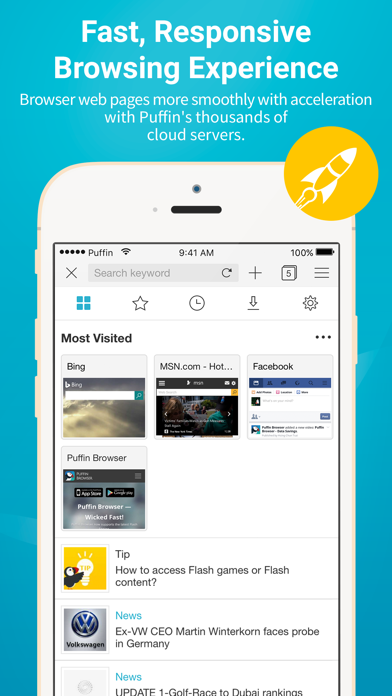 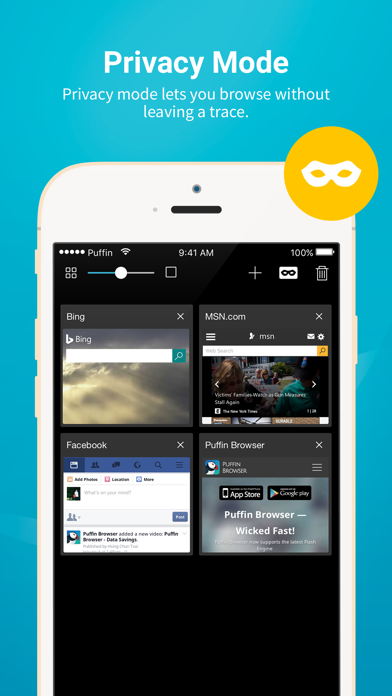 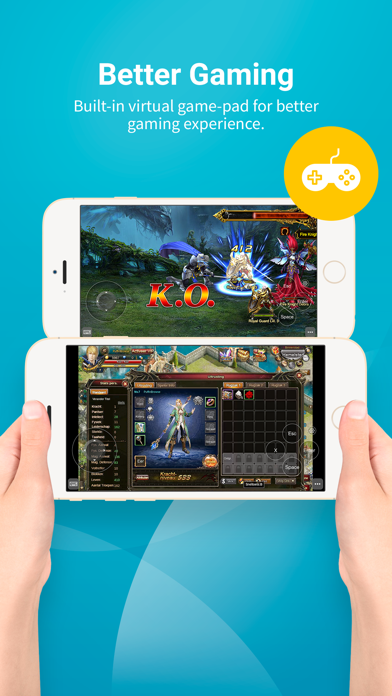 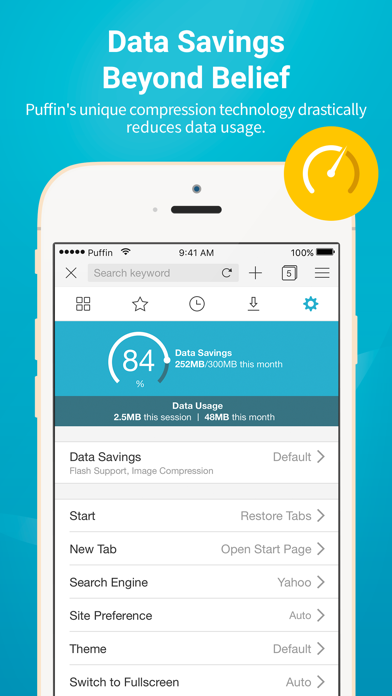 why isn’t anything working?!?!

im confused it’s not letting me play any pc games?!
By Jas🦕

Convince Apple to allow CloudMosa to update the app!

It’s not CloudMosa’s fault for its third party content!
By MechaAshura20

You spend the money then get told they’re being discontinued. What an unethical and ridiculous practice. Might as well take a five dollar bill and throw it away- let me save you sone money! What a jerky thing to do.
By AvidRider

upset with this app

I’m upset with this app, the free version before let me play computer games through mobile. But now I cannot play the computer games on here.
By starkitty29

I used Puffin in the past and enjoyed it, so it made sense as a second option to avoid tab overload in Safari. The functionality is still good, as far as I can tell, but the limited screen space—presumably on account of being fit to older hardware models—is moderately irritating. This may or may not be an issue for others, depending on usage/need, but it's noticeable after having adjusted to the X and later (or larger) for a few years. I should have paid closer to attention to the 3yr update wait, but chose to purchase as the still-recommended/formerly available free version is no longer available.
By seaofpapercups

I have used Puffin Browser for awhile now, first being the free one so I could play “Animal Jam - Classic”. But unfortunately free Puffin ended up closing down, so I decided too get this one, unfortunately for me, “Animal Jam” stopped working. I was bummed because we can’t get a new computer at this time, but I still managed to use Puffin. Puffin is definitely my favorite browser app, and I’ve had it work a lot better/faster then other browsers. So I tend to use it for recipes/videos. But it still feels like something was taken away from me, so I have to give it a 4-star review. However, I would like to know whether or not Animal Jam decided to completely stop it on mobile devices or not.
By Angryajladybird

It never even loaded me into the website I put in. It was loading for over 2 HOURS! This is not something I recommend at all! It wastes money
By Newjersey310

I tried to use flash on here and it partially worked...letting everything else say error and what not undefined I wasn’t able to use it for what I wanted too.
By Oppertune

I want my money back.

It wouldn’t let me on the website I was looking for. If you have any fixes I don’t need them I just want my money back. I spent $5 on this app for it not to work?! Take this app down or I’ll sue!
By Chloe kid