Race Monitor is now free to download and includes access to race results, and live timing for select races! Race Monitor gives racers and spectators alike, the ability to view live timing from hundreds of races and tracks around the world over the internet, or you can view live timing directly from a MyLaps, Westhold, or MotoSponder timing system via the RMonitor protocol. With Race Monitor's live timing, you can view racer lap times as they occur, group racers by category (if multiple classes are racing at the same time), and sort by race position or qualifying position. Want access to live timing for all the races? Simply sign up for a live timing subscription to view live timing from hundreds of races around the world. (A subscription is required to access live timing for most races.) ** Connections directly to an RMonitor server provided by a track may require that you be connected to the track's wireless network ** An in-app upgrade to Race Monitor Plus is available which will unlock additional features including a Heads Up Display for racers (includes historical lap times), and Racer Alerts to let you know when a racer you're following goes on track. - A Live Timing subscription is required to view the live timing of most races. - Live Timing Subscriptions are available in either a monthly recurring subscription for $0.99 USD, or a recurring annual subscription for $4.99 USD. Prices may vary by country. - Your subscription is purchased using your iTunes account and can be used on additional iPhones/iPads/iPod Touches that you own. - Payments will be charged to your account at confirmation of purchase. - Your subscription will auto-renew unless auto-renewal is canceled at least 24 hours before the end of the current period. You may turn off auto-renewal at any time from your iTunes Account Settings. - Subscriptions cannot be cancelled during the active subscription period. Privacy Policy: http://www.race-monitor.com/Home/PrivacyPolicy Terms of Service: http://www.race-monitor.com/Home/AppTermsOfService 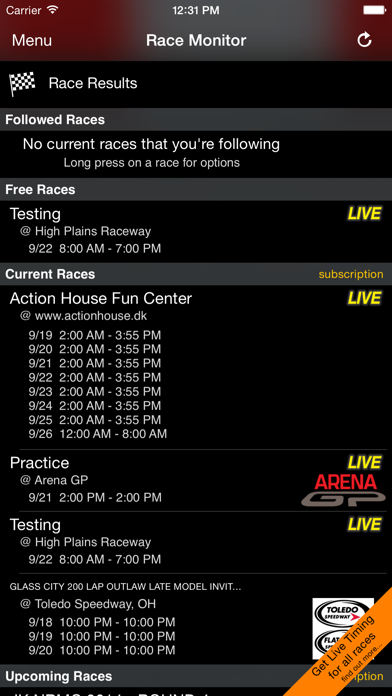 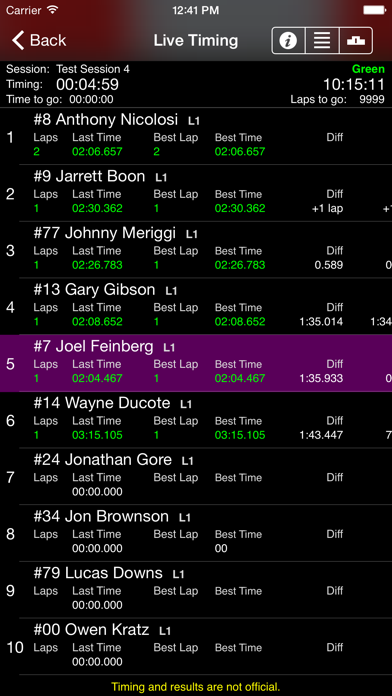 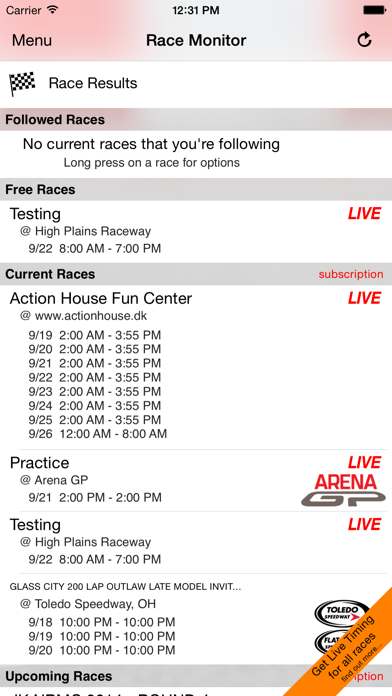 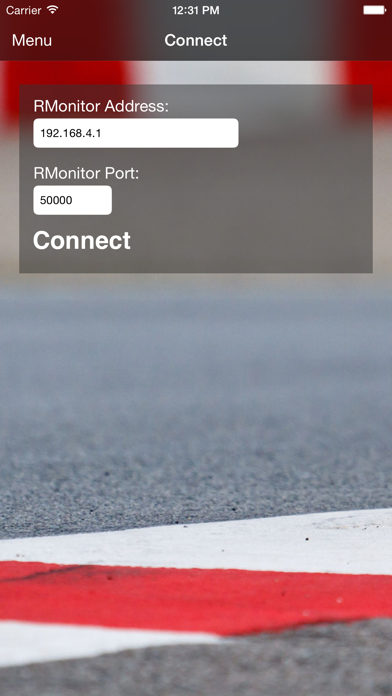 Used be a good app when no other was available. Seems now you can’t find results easily, no schedule shows up. The other popular app seems to be a much better choice. I have been paying for quite some time and I will be cancelling my account because it gets frustrating trying to figure out what group is racing etc.
By Slowson

Wish I could rate it lower

App hardly ever works even after buying a subscription still no difference.
By Jug head jr

RM had been a great app the last few years I’ve used it. Today at Hallett the data was erratic at best. Laps not being counted, unable to view an entire session, if I had 10 laps, it only showed 2???? Very frustrating. As far as I know I pay for RM, it hadn’t free in the past? Hope these bugs are fixed quickly now that we are going racing finally👍
By Lbg1233

On first sight it looks solid, then i had to upgrade to see live timing. Ok no problem im happy to support developers for their work if its for something useful. After the upgrade i could only see one laptime. So i had to upgrade for 3.99 to see individual times. Ok a bit steep but i guess i have no choice. It worked for a bit but then if i closed the app all the previous LapTimes were gone! (Or when it crashed) It also didn’t record any laptimes while the app was closed. All in all its pretty useless. There is also no way to see laptimes after a event is over. The whole interface was a bit frustrating, if you want to go back from individual laptime to overall team laptimes it spits you out in the main menu where you have to find your event every single time. At a 12hr race last weekend every single driver including me who used this app was extremely unhappy with it. We were 5 drivers and downloaded it on 3 different phones and all had the same issues. RaceHero it so much superior in comparison, every single laptime is recorded and in a database and its very intuitive to navigate.
By Alienfriend.no.1

App works great, larger font on lap times would be nice. Sent an email to support with no response. Be nice if they’d at least reply.
By CSims5

How can I cancel my subscription? I got a new phone and won’t restore.
By Yahooguy123

Not compatible with iOS 13.2

App crashes as soon as I try to open it.
By M Shackmaster

Used to work fine. Now I can’t get it to work on IOS13. Tried all the normal stuff but no dice, just launches then immediately crashes. Please fix!!
By nrosseno

This app is amazing

My Family races every week 3 times a week but also tends to travel they all races at different tracks my dad runs 410, midgets ,silver crown cars , 360 and my cousin races same time with my dad races but at different tracks and as well with three other cousins so this app is a amazing here’s a special tip if you want to save a race just hold down the track that you were watching and then it will save it for the whole night or if you want Hold down which track you want to watch and then it will save it for every night they’re racing racing instead of scrolling back-and-forth for which track you want to watch
By 25 sb

Pretty useless - neither of the tracks that we traveled to this season are included in the app.
By kkhfkc