Connect to The Tacoma News Tribune newspaper’s app wherever you are. Receive the latest local and breaking news from Tacoma, Puyallup, Lakewood, and the South Sound of Washington. The Tacoma News Tribune report on the local topics you care about, including local weather, traffic, crime, sports and national news. Features of the app include: • Breaking news alerts and real-time updates. • The local news and sports topics you care about from around the South Sound. • View stunning photos and galleries of news coverage and events. • The News Tribune opinions, editorials and columns you love. • Ability to share stories and galleries on Facebook, Twitter or by email. • EXTRAS: Your subscription to The News Tribune app comes with complimentary web access to the Tacoma News Tribune site, as well as access to the eEdition. Subscribe to the app now and get your first month for $1.99. Monthly and annual subscriptions are available for $15.99 per month or $159.99 per year and include unlimited digital access to The News Tribune app, eEdition and the Tacoma News Tribune website. Your subscription will automatically renew each month or year 24-hours before the end of the current period, and your credit card will be charged through your iTunes account at confirmation of purchase unless auto-renew is turned off at least 24-hours before the end of the current period. You can turn off auto-renew at any time from your iTunes account settings. Read our Privacy policy here: https://www.thenewstribune.com/customer-service/privacy-policy/text-only/ Read our Terms of Service here: https://www.thenewstribune.com/customer-service/terms-of-service/text-only/ For California Residents: To learn more about managing your sharing preferences and Do Not Sell My Info rights visit https://www.thenewstribune.com/customer-service/privacy-policy/text-only/#notice_california 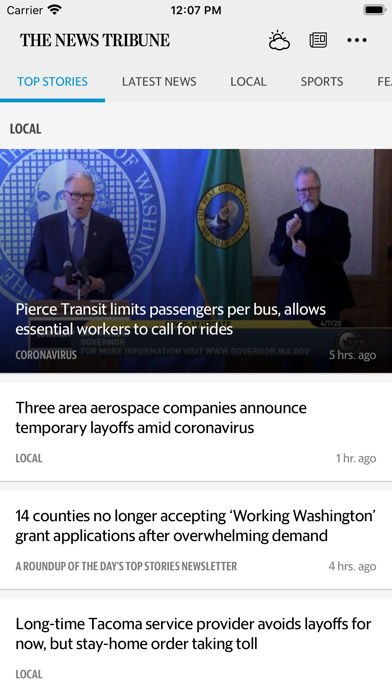 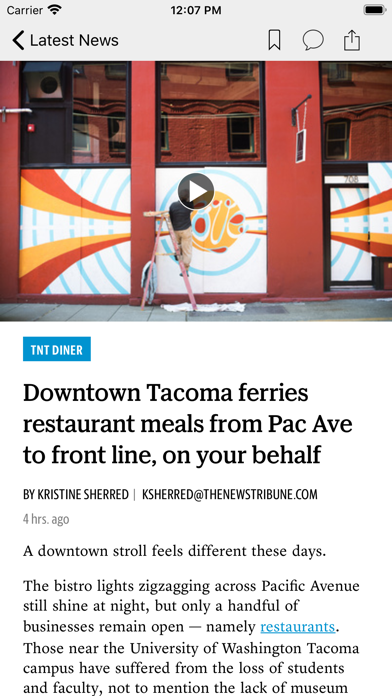 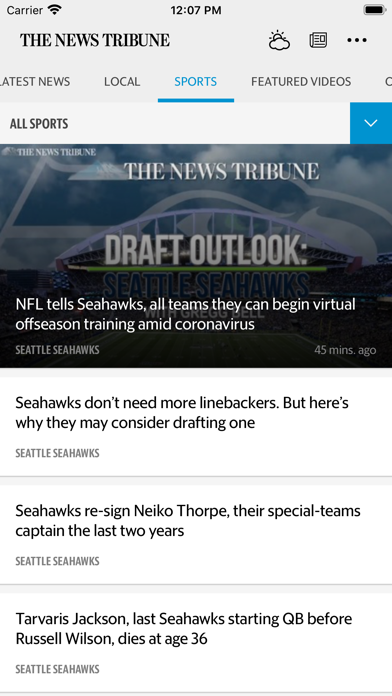 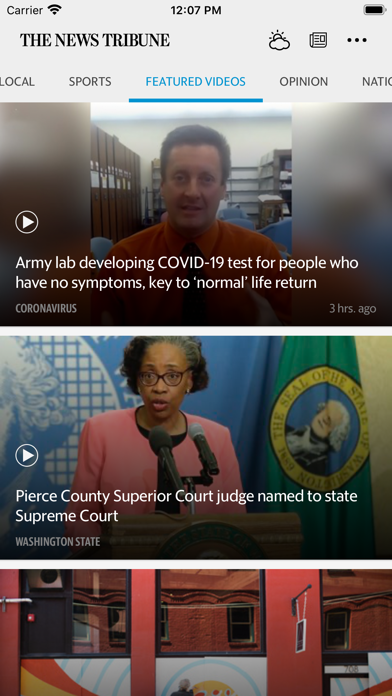 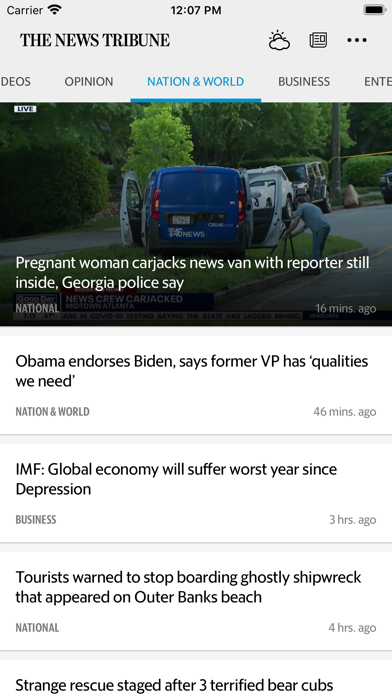 This app logs me out of my account all the time. Then when I log in, it logs me back out. I’m trying to support this newspaper!!!
By annewantsnews

Looks nice, but lacks search functionality, and hyperlinks to other articles within the app point one out of the app.
By Benito T

No notifications any more

Great local news. I’m a print subscriber, and while it’s nice to get the paper in hand, the news is usually a couple of days old by that point, so it’s good to have the TNT app to read local news as it happens. It’s a shame though that they no longer push any notifications on the app. To get breaking local news I have to rely on the Seattle Times app, which does notifications.
By Havocado Guacamole

Can’t get on the site

I cannot sign onto the account. This is happened over and over and over again for the last few years. I try reloading the app from the App Store and sometimes it works and sometimes it does not. At best it’s a local newspaper and that’s the reason why I want to access it. Most of the news and sports is at least one day old and sometimes two days old. I am sitting here once again trying to sign on my iPad. It’s an impossible interface to work with.
By wjt12345

Poor app. No option to read stories offline.
By Bruiser052

You are most often reporting news a day late. I see no reason for this since you are providing an online paper. Since you are on facebook, why not allow the community to discuss the articles that you display?
By decar2

Ran in background over 24 hours

Deleted this app. iOS battery settings showed it had been running in the background for over a day. I had not accessed it in a few days. Not cool.
By Littlepoison-WA

This version will not stay down loaded for reading later when WiFi May not be available. Also far too many steps to download for comfortable reading on an iPad. Extremely frustrating!
By Lontime subscriber

Doesn’t interact with other online media

I spent $130 on the app for a year’s subscription, only to find that I don’t have any other access beyond the app. My paper doesn’t even have a record of my subscription! So where did my money go?
By MTacoma

Before this ‘new’ app, the TNT was published digitally via an Olive Software app. It worked almost flawlessly for years. Now, I cannot get the downloaded digital version to stay put as a web page. It regularly crashes and forces me to reload. Maybe with McClatchy losing ownership of the TNT and other papers someone will listen and provide a more stable reading app that is more indicative of 21st Century technology.
By JohnBike