Pool with power-ups! Crack your way through 30 levels of the most crazy fun pool you've ever played. Power Pool features incredible table physics combined with a huge variety of power balls like mega cues, exploders, gobblers, pinball bumpers, shatterers, and more. Take your best shots and play the powerups wisely to rack up an incredible score and top the gamecenter leader boards. * Easy to pick up and play * Power-ups help you pull off crazy shots and build huge combos * 2 distinct game modes, normal and frenzy * Game Center enabled with achievements 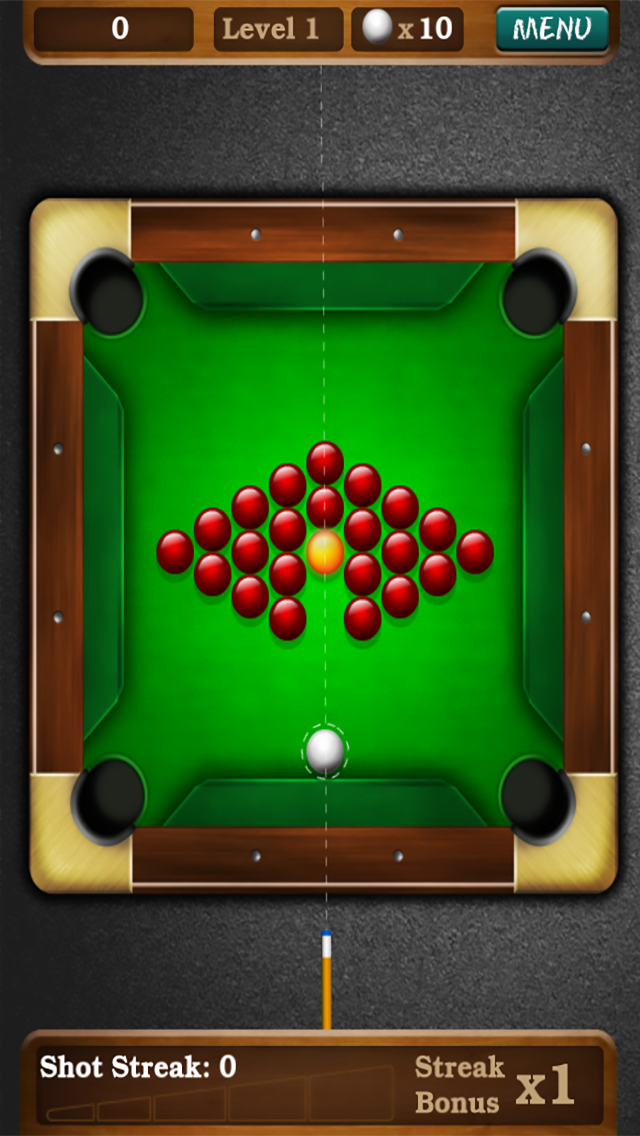 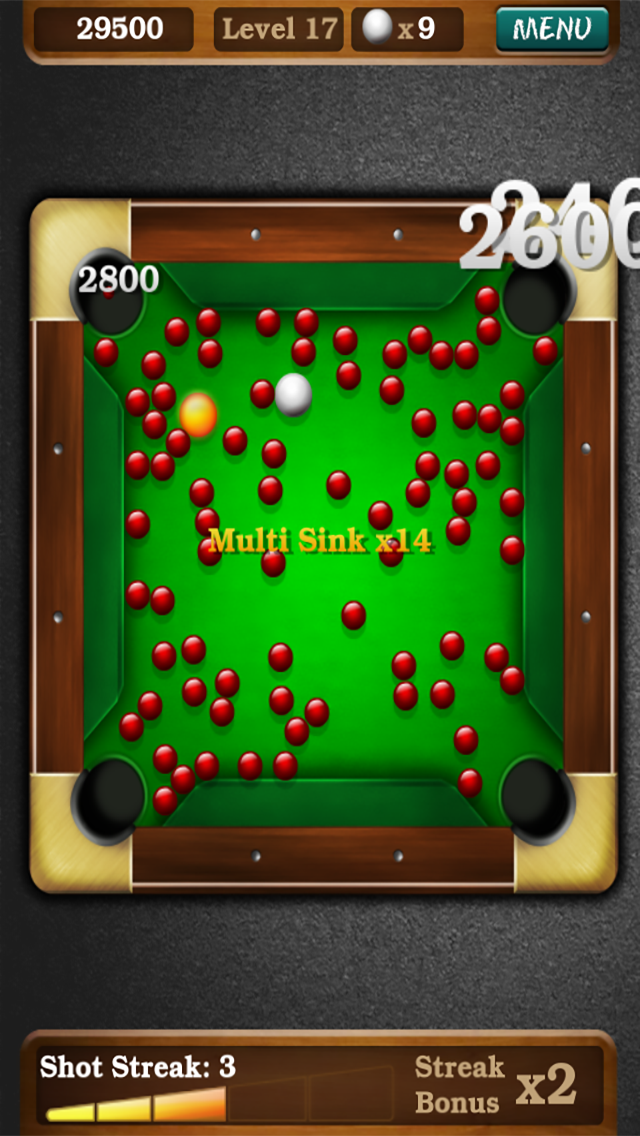 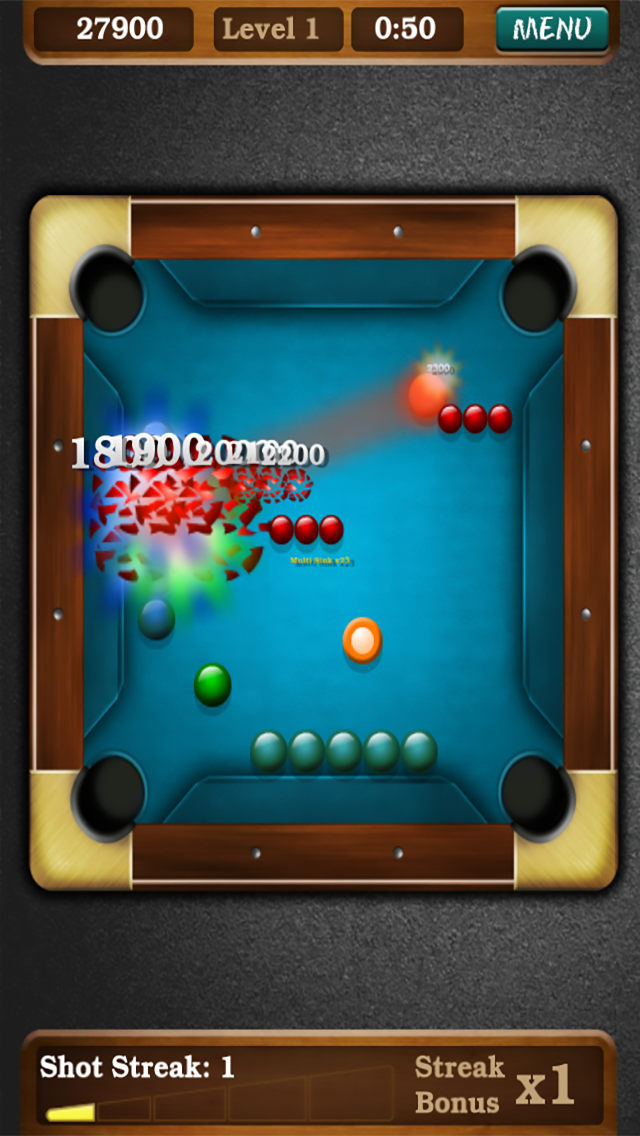 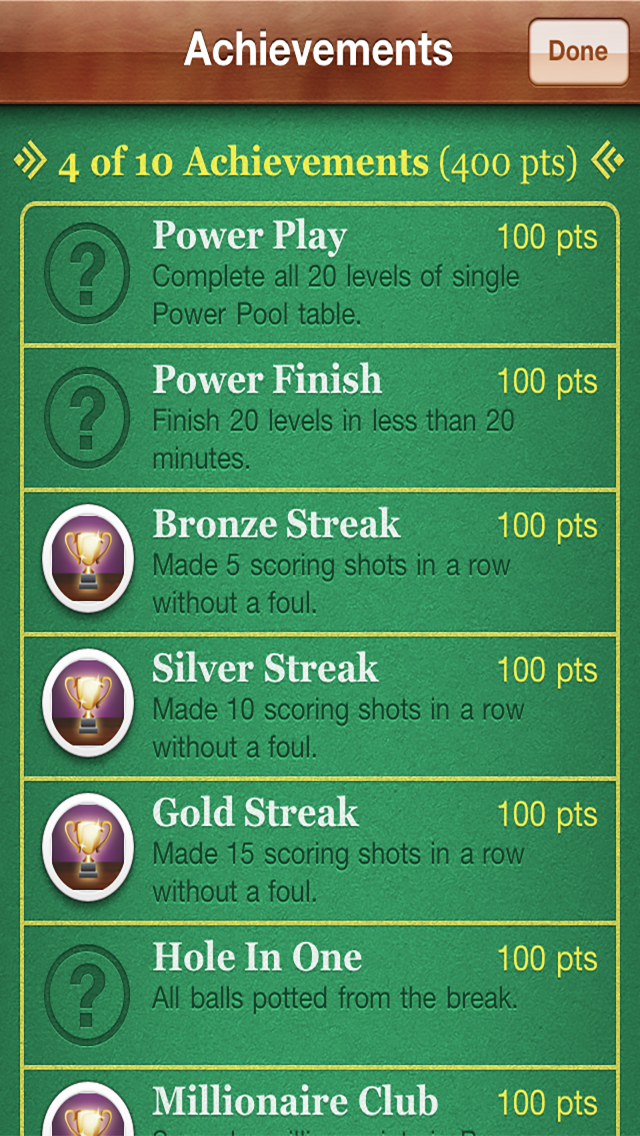 Doesn't Work
By Jordan From The 6

I bought this app for $1 granted it's not a lot but I have waited two weeks for it to be fixed so I can even play it and yet nothin is done. I have exchanged a few emails with the app support and basically was told that the team is busy working on newer titles to worry with this problem and will get to it when it dies down....I am still waiting hoping to get to play this game so my $1 wasn't a total waste just didn't want anyone else to make this mistake................................ Still waiting its been 5 months now...so happy I wasted my money and time...
By Warrior rch

Does not work with iOS 8. It just crashes.
By Homieson

Im addicted to this game. But i dont like it how lately i would play and my score is at 300,000 and then all of a sudden it'll stop my game and say, "Post this to game center?" I didnt even lose the game, i had 4 tries left. Other than that issue i love the game! Please fix to get it to be a 5 star rating again!! Thanks! :)
By ___BECK___

It is a nice little game, cheap and entertaining.
By Fluffinster

Love the fact that power pool is now on iPhone, no complaints so far, but then ninja kiwi has never failed to disappoint!!
By Mrblack0439

Very much like the online version. Simple drag and release to shoot. Noticed the sound doesn't come back if you get a call during play, but that is a minor bug.
By Childe Roland

great game alot of fun and addicting. everyone should deffinately try this game out
By DJWorldXclusive