Just tap into the NFL App for free live local and primetime games, exciting highlights, and replays of every game with NFL Game Pass (subscription required). iPhone and iPad Features: • NFL Network 24/7 with authentication • Up-to-the-minute scoring, in-game highlights and drive charts • Free live local and primetime games • Live Playoffs and Super Bowl LIV • NFL Combine and Draft Coverage • Articles and video highlights featuring the latest stories and breaking news from all around the NFL • Access to NFL Game Pass and NFL RedZone from NFL Network with authentication NFL Game Pass is a subscription product with features that vary based on location**. Learn more at www.NFL.com/Gamepass Learn more about the NFL's digital offerings: nfl.com/apps, twitter.com/nfl, and facebook.com/nfl The NFL app allows use of AirPlay and Chromecast when viewing all video-on-demand and select live content. However, the NFL app does not permit outputs from phones of live games, NFL RedZone from NFL Network or NFL Network to external displays via HDMI, Chromecast, AirPlay, Miracast or other similar streaming functionality due to rights restrictions. The Services may feature Nielsen proprietary measurement software, which will allow users to contribute to market research, such as Nielsen TV Ratings. Nielsen believes that you should have a choice about whether to contribute to our research and insights. To opt out of Nielsen measurement go into your iOS settings. Settings > Privacy > Advertising > Limit Ad Tracking. Please visit: http://www.nielsen.com/digitalprivacy to learn more about the Nielsen digital measurement products and your choices in regard to them. *Data usage applies for app download and use. **Certain restrictions apply. Privacy Policy: http://www.nfl.com/help/privacy Terms and Conditions: http://www.nfl.com/help/terms 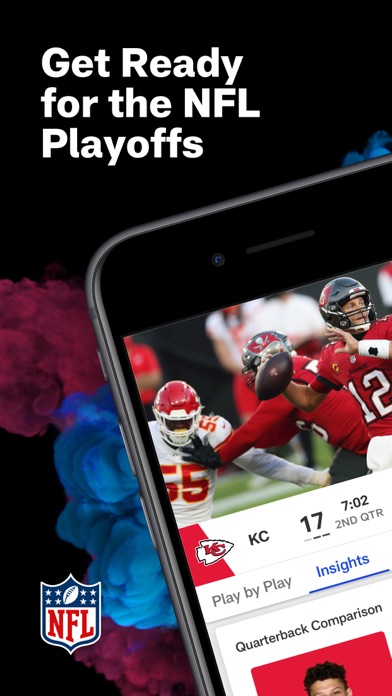 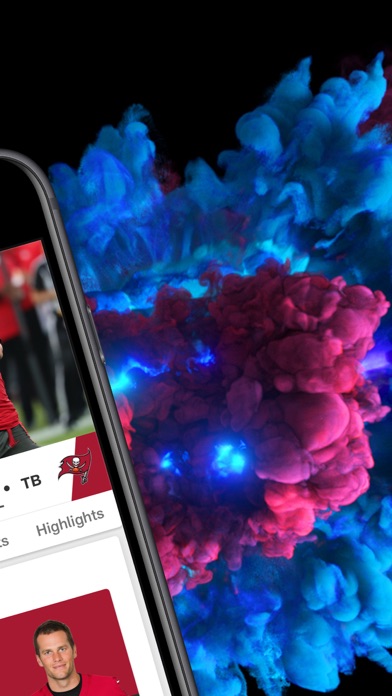 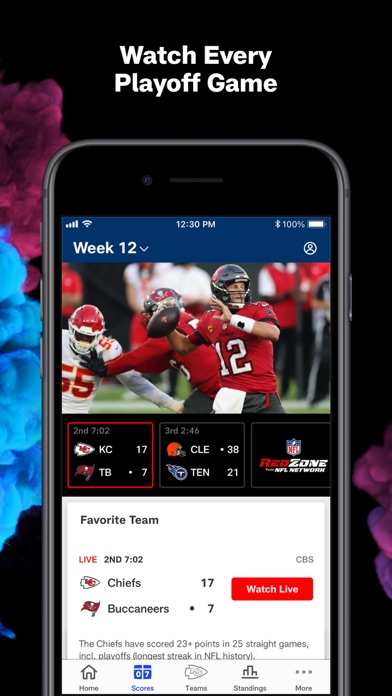 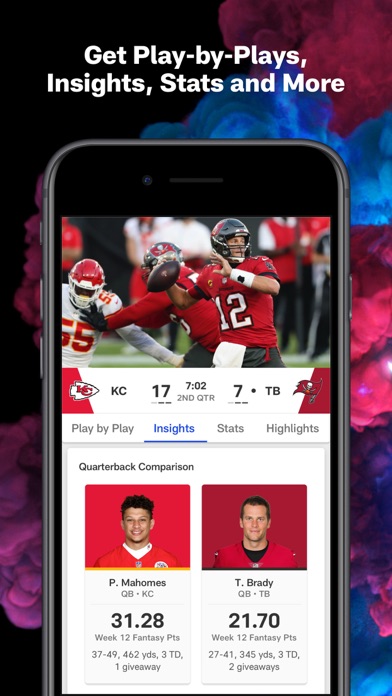 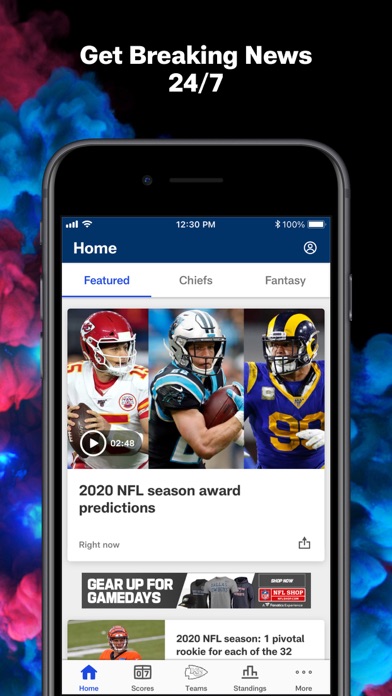 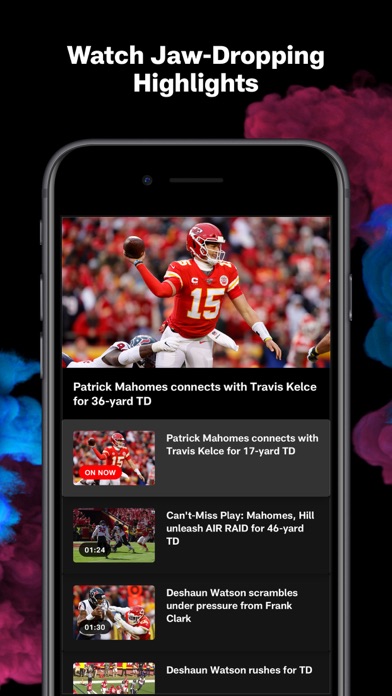 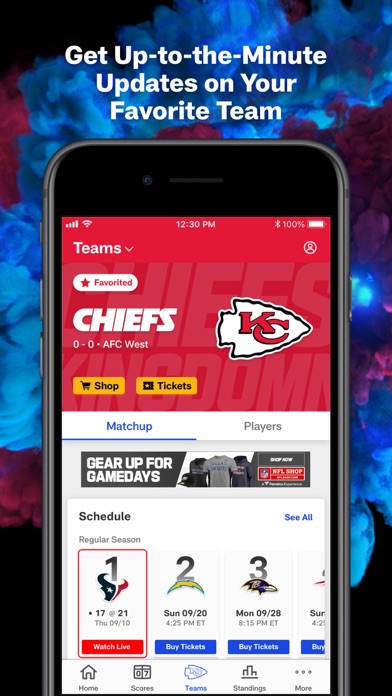 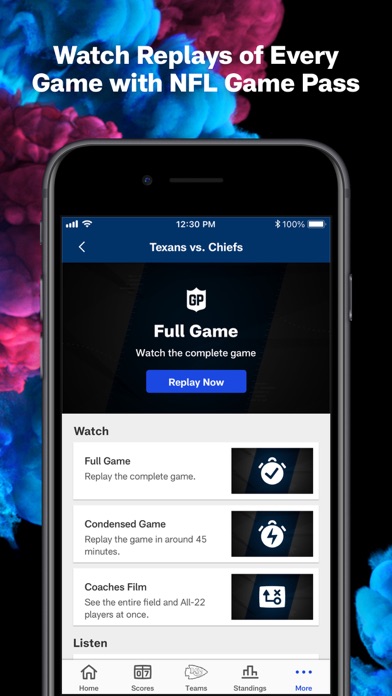 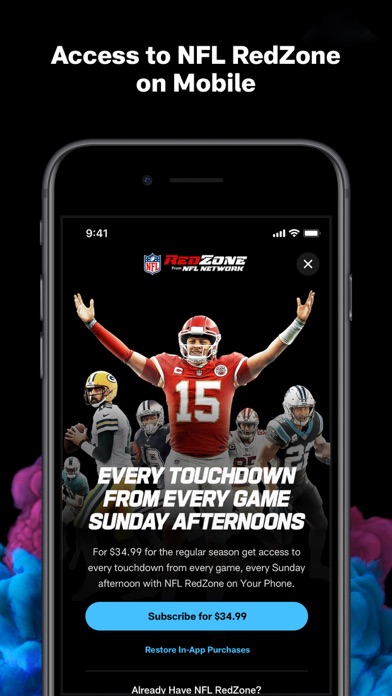 Shows my GamePass Subscription but won’t let me use it

When I go to use gamepass it prompts me to log in or subscribe. I am already Subscribed and I am already logged in. When I go to my account it shows that I do I’m fact have a game pass subscription but when I hit access I get the same pop up. When I try to hit restore in app purchases it either does nothing or reloads the same pop up prompting me to buy something I have already purchased.
By kevdmoynihan

Updated to “fix” the bugs, now app crashes every single time I open.

So I updated about 3 days ago, but now I can’t enter the app. It just says “somethings wrong, would you like to try again?” When I update to remove bugs, I expect the app to work, bruv.
By cpeart

Worked perfectly UNTIL.... with the draft coming up the app has totally crapped out. All I get now when attempt to open it is “Tap to Retry” after many “TAPS” nothing happens and now that :30 seconds of my life I’ll never get back! Fix ASAP!!
By Scooby_72

Newest Update has my NFL app not working

Newest update was 5 days ago and my app is not working. It’s says Tap to retry but just says it over an diver again. Hope they fix it before the draft.
By Down to Earth, not of it

App Will Not Open

Normally, I have zero issues with the NFL app. After the most recent update, the app will not open at all. I’m running iOS 14.4.2 The phone has been rebooted multiple times... no joy. Please fix!! Thank you.
By Grib5150

Tap to retry that’s all it does
By knotfan95

I can’t even open my app anymore! 🤬
By gatorfan528

I love getting notifications about articles! I just wish I could read them. Ever since the last update, about a week ago, I haven’t been able to access the app. All I get is a black screen that says “tap to retry”. I’m using an iPhone XR
By PaintballSEAL96