Google Authenticator works with 2-Step Verification for your Google Account to provide an additional layer of security when signing in. With 2-Step Verification, signing into your account will require both your password and a verification code you can generate with this app. Once configured, you can get verification codes without the need for a network or cellular connection. Features include: - Automatic setup via QR code - Support for multiple accounts - Support for time-based and counter-based code generation To use Google Authenticator, you need to enable 2-Step Verification on your Google Account. Visit http://www.google.com/2step to get started. 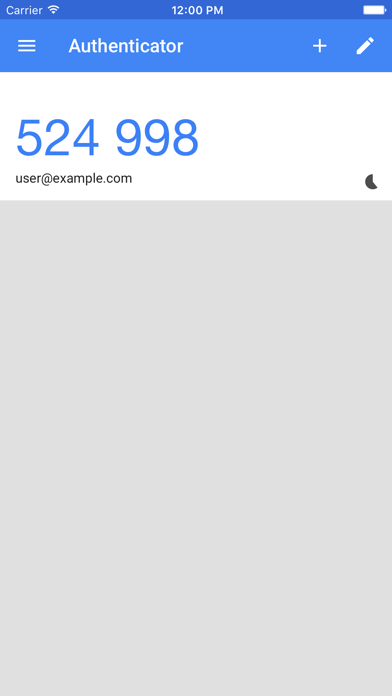 Can’t edit anything
By Everything9

No dark mode on iOS yet and the new transfer feature did NOT work and had to re-add all of the codes. Had 20 or more OTC (One Time Codes) Was moving from Android to iOS. Otherwise the app has worked fine. Come on Google
By SamKerr.EXE

Hasn’t worked for me in months. I’ve attempted every fix suggested and still get a “code wrong” message whenever I attempt to authenticate via code. This thing is broken.
By Uneeda245go

Please add the possibility to export into other devices.
By Logicbloke

Half of the apps I use Google auth with will no longer authenticate. I get an invalid token error no matter how many times I try. Copy and paste or entering the code manually will not work. No updates in over a year. Find something else. This app is almost dead.
By Redboy Jones

Nothing short of terrible

This is by far the worst Authenticator app. It never works and is just plain frustrating. Avoid at all costs
By D2K DuFFy

Locked out of ubi account cause of this hot GARBAGE. Doesnt even work
By Black Ops 2 and Modern Warfare