Stuck on a difficult homework problem? Studying for a test or getting prepped for a final exam? Get real help, real fast with the Chegg Study® app. The homework help used by millions of students let’s you: • Conquer your homework Tap into our massive library of millions of fully explained step-by-step Textbook Solutions. We cover subjects as diverse as math, business, physics, engineering, chemistry & more. Get homework help for over 80 subjects, & hundreds of courses. Chegg Study has you covered for your toughest classes and assignments. • Get expert help 24/7 Snap a quick picture of any homework question, and submit it to our Chegg experts to get help. You’ll get a detailed answer back in as little as 30 minutes*. • Find the answers you need now The right answer, right away. Search our library of over 26 million fully solved homework questions. We’ll show you step-by-step how to solve them. • Learn with guided video explanations New! View video walkthroughs for thousands of problems. Watch video explanations for some of the most popular problems on Chegg Study** From Business, Accounting, Chemistry, and Calculus, the Chegg Study app will help you learn how to solve tough homework questions. Why Chegg Study is the best way to study See what our students say when they leave 5-star reviews: This is one of the best apps I’ve ever used for homework… it gives you direct answers this is awesome!!!! Best aid ever. I really like having this as a way to check the process of my work. If I go about it incorrectly or make a mistake, Chegg is here to guide me in the right direction. Best app for learning The fine print: * Expert’s response time varies by question and subjects. Our average response time is 46 mins. ** Available for select problems Chegg Study subscriptions will be charged to your credit card through your iTunes account. Subscription automatically renews unless auto-renew is turned off at least 24-hours before the end of the current period. Account will be charged for renewal within 24-hours prior to the end of the current period, and identify the cost of the renewal. Subscriptions may be managed by the user and auto-renewal may be turned off by going to the user’s Account Settings after purchase. For bug reports or general feedback, email us to cheggstudy.appsupport@chegg.com or tweet @Chegg #iosapp Privacy Policy - http://www.chegg.com/privacypolicy/ Terms of Use - http://www.chegg.com/termsofuse/ 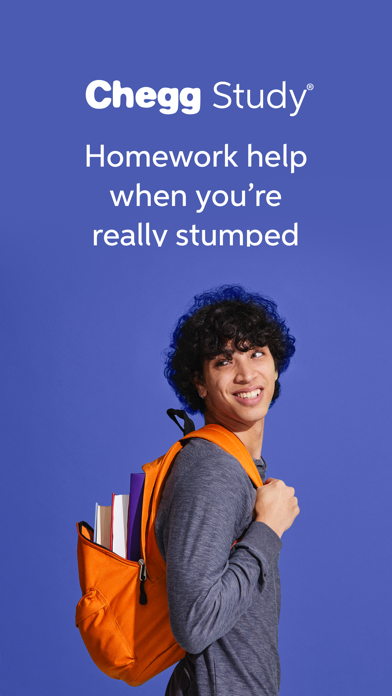 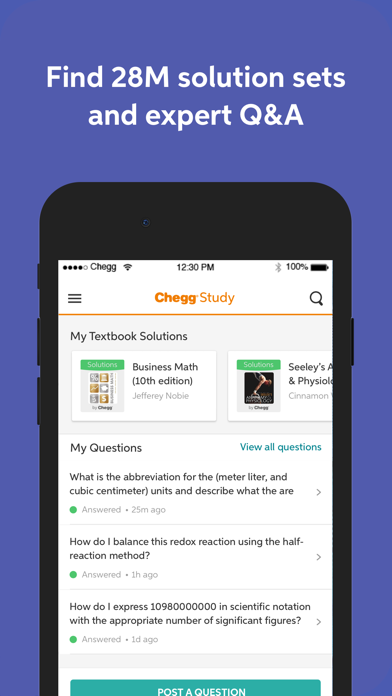 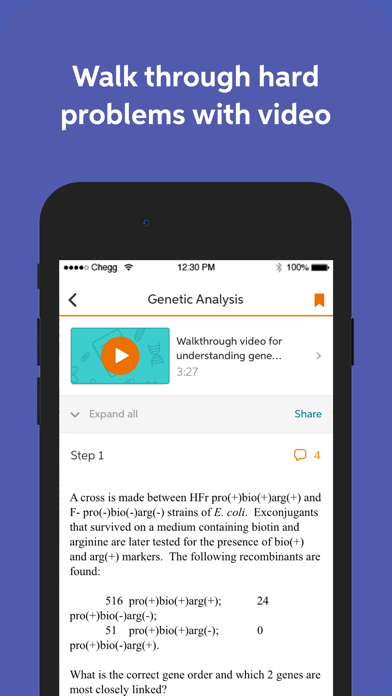 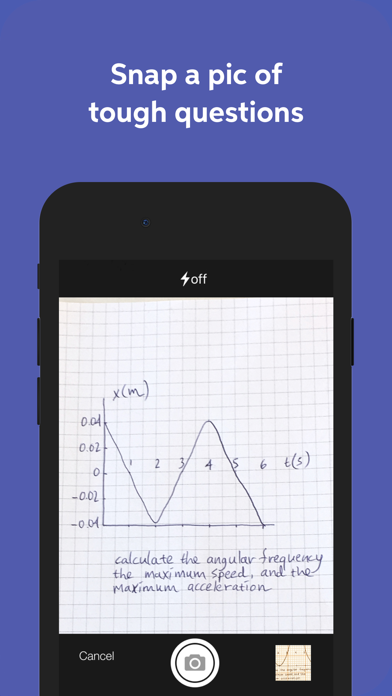 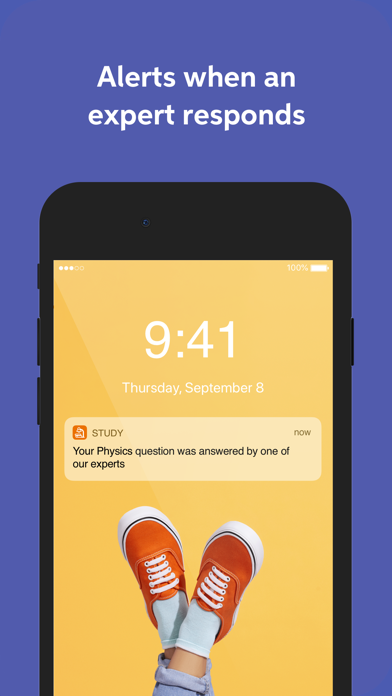 A month ago I cancelled my Chegg Study subscription being that I finished all of my classes I had needed chegg for. In my bank app today I see that they charged me again although I know for a fact I canceled it. Chegg has been great over the years, but in times like this it is inconvenient to be charged $16 for a product I do not need to use.
By tiradomo1998

Can't buy more questions. On the app or on the website. And questions don't renew when they are supposed to
By 629anonymous629

Amazing app with amazing helpers ! Definitely worth the investment

Amazing app with amazing helpers! Definitely worth the investment. All tutors really quickly with detailed steps (:
By ms_isabel_

During this very difficult times, when I’m working full time and try to homeschool two kids at night and during weekends, this horrible company deactivated my account with no justification. They did it on Friday night accusing me of sharing my account. I pay my fees automatically and have only used their books (not even their tutors). They have no evidence for such claims and they added too much stress. I still get rude notes from them as if they were doing me a favor. It took them 48 hours (which I have paid for) to give me access to the books; I called them minutes after I was notified and someone claimed they were going to fix my issue faster than 48 hours. When I called the next day, they were closed. I did nothing wrong, they kept my money and they still accuse me. This is why I need to write this review because what they did to the app appears to be flawed and certainly does not value the customer.
By HomeschoolingdiringCovid19

Does not recognize multiple devices...

You will get your account suspended for using multiple devices on the same account. Avoid chegg
By Erlandry3

So not only does this cost 10$ a month and is not included with chegg study. It was unable to solve and low level cal2 integral. Chegg is by far the most garbage waste of money.
By utepengineer

Chegg is stating that on my THIRD violation that they have spotted a url on work that I submitted. The url was not visible in the screenshot of my work and still somehow I have gotten another violation. Every-time I post a question it gets violated!! I can’t risk my account being suspended over this, especially after I just paid the 20$ monthly fee 2 days ago.
By 3rd violation

As a college student I rely a lot on Chegg since math is not my strongest subject and need step by step solutions frequently. I have different resources to use Chegg on such as my desktop, laptop, iPad, to my phone but it’s get really annoying when you get constantly locked out for having “unusual activity.” So please fix this it’s getting pretty freaking annoying for someone that’s paying $15 a month as a broke college student.
By Jenrivvers

I have used chegg for 2 years and it’s a great service. But because of other people their system is SUPER SENSITIVE about multiple devices even if it’s only your phone. There is no way to tie your phone to your account so you have to log out of you phone before using your laptop/pc. This was told to me by a representative when I had to call about my account being suspended. I deleted the app shortly after because it’s pointless to keep if I have to constantly log in only to be told my account is suspended. I’m better off using only my laptop.
By HonestIyReviewing