Now there's a simple, elegant and customizable way to get essential Chicago Tribune news, sports, business and entertainment coverage on your iPhone or iPad. FEATURES: • Stay informed with Chicago's best source of news, sports, business and entertainment • Sign up for push notifications to get the latest news from our newsroom as soon as stories break • Enjoy exclusive videos and photo galleries • Save must-read stories, photos and videos for when you have the time to enjoy them • Turn your device sideways for an entirely different visual view of the news (iPad only) • Get the latest breaking news from our newsroom in your notifications • Share stories easily with Twitter, Facebook, or email • Offline reading: Download and read content offline SUBSCRIPTION DETAILS: • Download the app to enjoy a sampling of free stories each month. For full access, try a free month of Unlimited Digital Access to the app, the Chicago Tribune website, and our eNewspaper; then it's only $7.99 a month. Make sure to create a registration while in the app so you'll be able to log in to the website and eNewspaper when you visit them in web browsers. • Any unused portion of a free trial period, if offered, will be forfeited when the user purchases a subscription to that publication, where applicable. • Your subscription automatically renews each month unless auto-renew is turned off within your Account Settings at least 24-hours before the end of the current period. • Your iTunes account will be charged $7.99 for renewal within 24-hours prior to the end of the current period. • No cancellation of the current subscription is allowed during active subscription period. • Subscriptions may be managed by the user by going to the user's Account Settings after purchase. • You can read our Privacy Policy here: http://www.tribpub.com/privacy-policy/ • You can read our Terms of Service here: http://www.tribpub.com/central-terms-of-service/ • Questions about your subscription, including adding or removing Web access to the Chicago Tribune website from your app access, can be directed to Customer Service: 610-440-3679. CRASHES / PROBLEMS? We've been working hard to fix any and all crashes in the app. If you're still experiencing crashes or freezes after installing this update, please contact us at consumerservices@chicagotribune.com. A quick email to our support team helps our developers identify and resolve crashes faster. 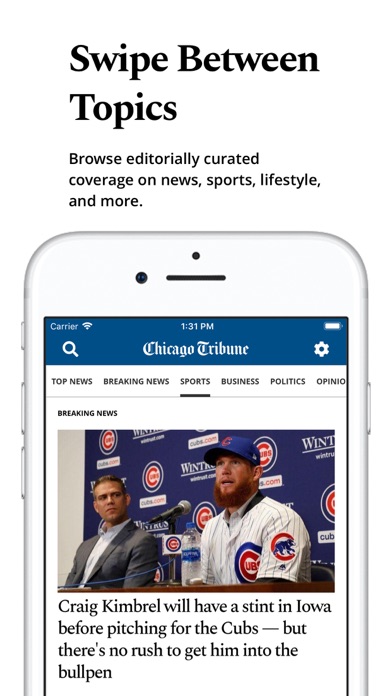 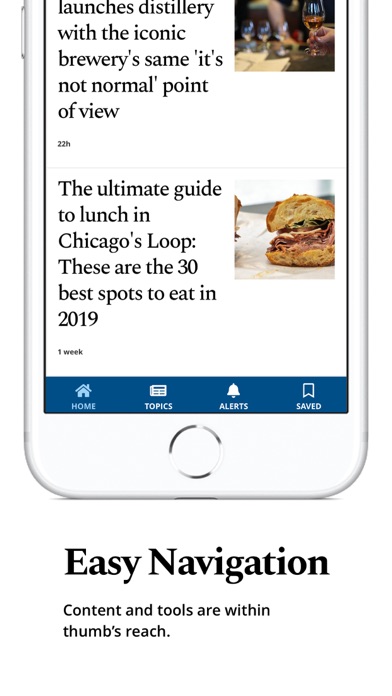 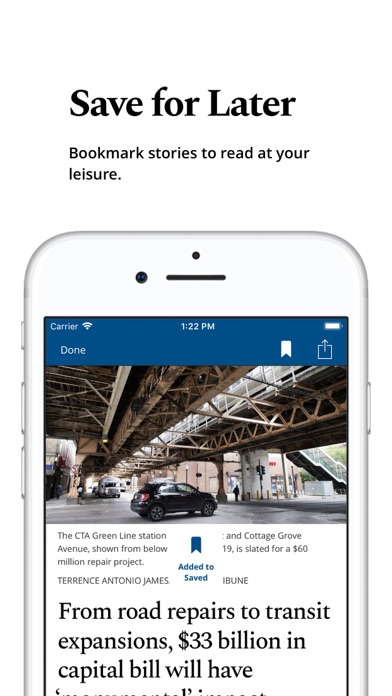 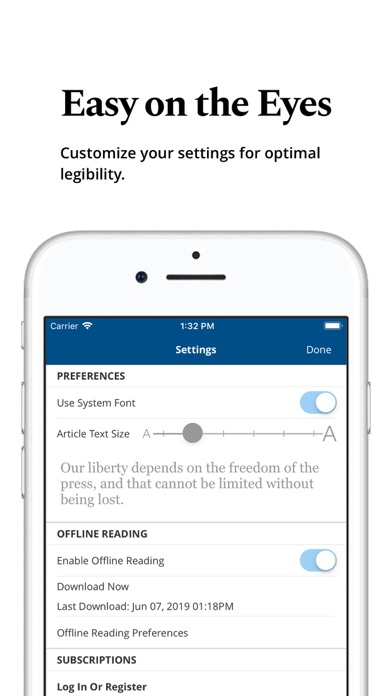 With a recent update, it drains my phone’s battery if it’s left in the background. Checking the battery stats confirms it’s using up a huge percentage of the battery, even when I’ve only actively used it for a few minutes. That on top of the horrible organization of the app, which others have described. I guess they know there’s no alternative for comprehensive local news. If there were, I’d drop this app and subscription immediately.
By String quartet pro

I have been paying for the app but the service is horribly inconsistent.
By review4691

Content organization requires pages to review. Search for a columnist yields a title but no date attribution. Pictures are oversized and too many.
By Big John XX

App runs flawlessly, but there is one key thing that I do not enjoy. Most applications sync to “night mode” where the display is black and the text is white at night. I often read in bed and even with my brightness all the way down I feel my eyes deteriorating while reading.
By 2lllffthgsfg

The Tribune caved and after 23 years as the Chicago Tribune’s conservative standard-bearer, John Kass was stripped of his coveted spot on Page 2 and his status as the newspaper’s “lead columnist.” when the Tribune Guild Executive Board condemned Kass for an “odious, anti-Semitic conspiracy theory that billionaire George Soros is a puppet master controlling America’s big cities” that “does not deserve a mainstream voice.”. Kass inherited this spot in 1997 from Mike Royko. The fact that Soros’s religion was never mentioned in the article and has no bearing on the subject at hand. I never knew it and it means nothing. The lame excuse “the Tribune doesn’t do a very good job of explaining the difference between news coverage and opinion writing.” Now lumping all opinion writing in one place and have added explanatory language to editorials by the Editorial Board. We’ve developed a standard for headlines to call out what are opinion columns. How ignorant to assume a reader needs an explanation to differentiate opinions from reporting. I will not accept this treatment and with it I cancelled my subscription. On to the Wall Street Journal,!
By DGdude1953

Paid via Apple and limited articles

I subscribe via Apple and it says I have a limit on the articles I can read. Frustrating and the app develop, Chicago tribune, didn’t return my email inquiry . I have to cancel.
By Chibryan

McMahon-you are a coward. The moving of Kass’ column to a place in the paper where it is an obvious reaction to his writings on Soros and Madigan suggests you are under their influence rather than unafraid of exposing their acts. Soros is a socialist and his motives are so far left leaning, his success would destroy the country we know, turning it into what was East Germany. Madigan has enriched himself at the expense of the people of the State of Illinois to the extent of nearly destroying the once great state. The state has a few death throes remaining but there is little hope left. A whisper of that hope is Kass and you’ve buried his column where fewer will read it and his voice will be stymied.
By Observant Hoosier next door

I want to read the paper online, just as I would in print. This online edition is completely dissatisfying. The Daily Herald online is a copy of the paper, page by page. For an example of my frustration with your online edition, I wanted to see today’s (8/3) Ask Amy column. When I searched for Ask Amy, the first article that comes up is from July 21! Too much work to read the entire paper. I will cancel after my one month trial. I have moved to Arizona and wanted to continue reading the Trib, but the online version is awful. Patricia B. Albu albumom @live.com
By DGgirl72