DC Entertainment is one of the largest English-language publishers of comics in the world, featuring a wide variety of characters and genres. Renowned for the World's Greatest Super Heroes - Superman, Batman, Wonder Woman, Green Lantern, The Flash and many many more - DC has thrilled readers with fantastic tales from the DC UNIVERSE in dozens of languages around the world for decades. Publishing thousands of comic books, graphic novels and magazines each year, DC also presents different flavors of graphic storytelling through its diverse imprints. With the official DC COMICS App, you can download and enjoy great comic books from our current weekly offerings plus our vast, legendary classics library. Powered by ComiXology, this app enables you to take advantage of the unique Guided View reading experience or enjoy the pristine, classic full page view. What's more, you'll be able to conveniently manage and read your entire collection anytime, whether you're at your desk computer, laptop or on the move using your iPhone, iPod Touch or iPad. Experience the amazing world of DC wherever you are! 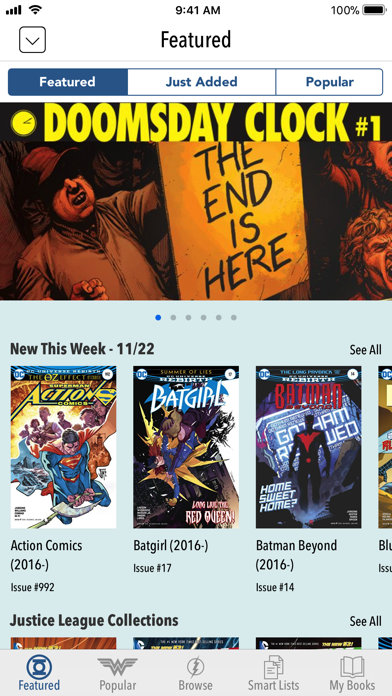 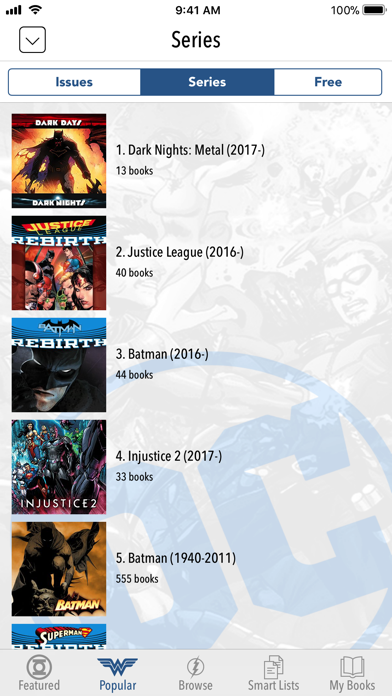 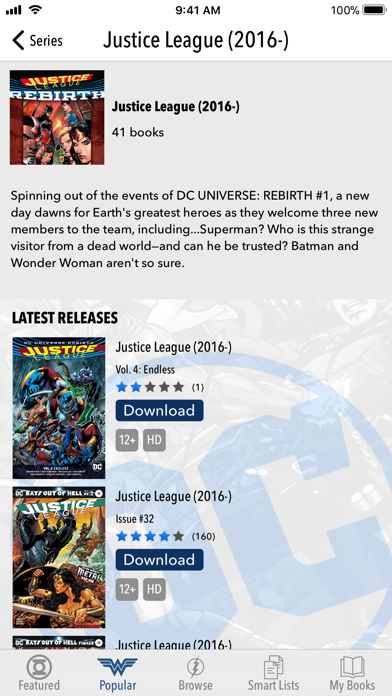 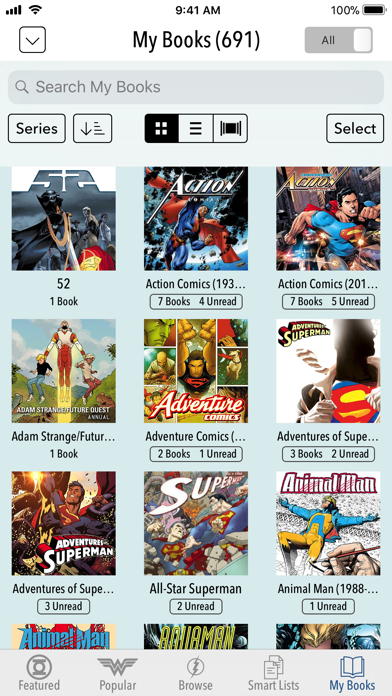 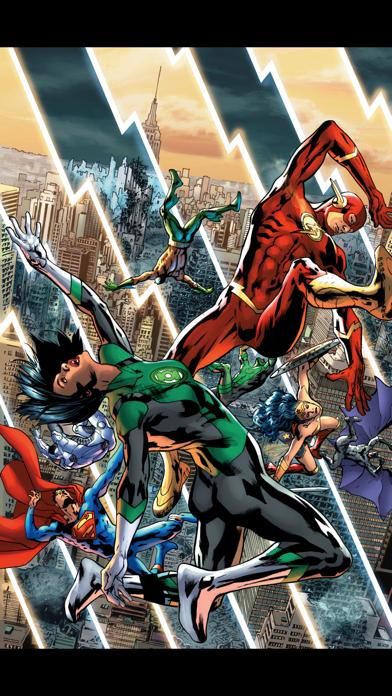 It’s a really cool app but the one thing is everything is about $7. If you want to play for the comics get the app bud if your trying to get the comics for free it’s definitely not here
By Glittercorn28

This is a fine app. It does what it says it does, and the organization of the library is great. There isn’t anything wrong with the app, and if you want to read a comic or two from DC, go ahead and get it. The issue is that there’s a much cheaper and better alternative in the DC Universe app. It’s a subscription fee so you should only get it if you plan on reading quite a bit, but it’s much cheaper than buying a bunch of individual comics that end up stacking up in costs. It also has a lot of other features.
By Beaniebeji8

Please make a dark mode available. The interface is too bright.
By NickName*Taken

Why on infinite Earths DC has decided to have an app that requires you to purchase all the content individually is beyond me. Marvel Universe has a subscription service like every other reputable company that seeks to make $ AND satisfy the consumer at the same time. Imagine how poorly services like Netflix and Hulu would do if you had to buy every show or movie you wanted to view? Get with the program DC. I’m beginning to think that there’s a correlation between how poorly the DCEU is received by younger generations and the fact that your comics are not easily accessible!
By tj4bs

...and that’s not a jab at DC. IDWs comics app is hard to understand and has no separate listing for freebie comics, which would be a dealbreaker as DC and Marvel have been offering loads of feee comics as of late. All the buttons are the same, so if you are comfortable with either and like me you like more than just DC books, then you’ll be able to navigate with ease. My only complaint is that the Superman sale has disappeared for me, even though I know it’s still going on. Apple doesn’t allow me to attach photos, but basically what I mean is that my app still shows the MEMORIAL DAY SALE. The Superman sale did show up right on the home screen (as it should) for a little bit at the start, but is now gone. Please fix this issue DC.
By $impsons100

When did you read detective comics or none as dc comics?i started reading them in the 1999 magazine called wizard comics. But as growing up American tv was 400yrs and India tv was 5000yrs.
By MCS117Zack

The Marvel Comics app always puts free comics up to read on their app. This app is just overpriced comics that I could get from amazon for a reasonable price. If “DC is so much better than Marvel” then why does this app not have as many features as the Marvel Comics app?!
By speedyarr

Please update this app for iOS 13.2. It keeps crashing when I try to open it
By iPod guy 101

No use for this

Why does it only allow amazon sign in? I downloaded this app to claim a few comics digital codes and when I downloaded the app, it forces me to sign in with an amazon account.. No thanks I don’t use that and prefer using my personal email instead, until then, let me know so I can re download it
By BLacK-HaRTz

I participated in the DC Batman Run in LA. CA on September 21st 2019. It was very disappointing when the runners had been advised in the draw for the run was that at the end of the run the Batman emblem would be reflected on the side of City Hall, but they didn’t do it! My point for this review is another disappointment! I receive a code to read a FREE comic so I entered my code DCBD19-MDSTM Now only to be told that I HAD to pay for the comic and I HAVE to USE THE DC APP TO READ IT BUT IT REMOVES MY CHOICE IT FOESNT TAKE ME TO THE COMIC!!!!! What gives??????
By Lynks414