Existing GAY TIMES Magazine digital subscribers (available through PocketMags) can enjoy the digital edition of each issue in this dedicated app. ------------- GAY TIMES Magazine is the first word on queer culture. For decades we’ve been at the forefront of the fight towards LGBTQ+ liberation, spotlighting queer talent, reporting on LGBTQ+ issues, and putting the community and its allies at the centre of our content. Our queer-first storytelling aims to bring us closer together, empathise with our queer siblings from diverse experiences, and challenge bigotry and discrimination in all its forms. Through interviews and features with people from the world of music, fashion, film, TV, the arts, and community-led campaigns, our exploration of queer culture and the power it posesses to instigate real change continues to chronicle the long-fought journey towards true liberation. ------------- This is a free app download with paid content within. The current issue, back issues and future issues can be purchased within the app. Subscriptions are also available within the application. When a recurring subscription is purchased the latest issue will become available to download immediately. Available subscriptions are: 12 months: £29.99 / US$30.99 (12 issues) -The subscription will renew automatically unless cancelled more than 24 hours before the end of the current period. You will be charged for renewal within 24 hours of the end of the current period, for the same duration and at the current subscription rate for the product. -You may turn off the auto-renewal of subscriptions through your Account Settings, however you are not able to cancel the current subscription during its active period. -Payment will charged to your iTunes account at confirmation of purchase and any unused portion of a free trial period, if offered, will be forfeited when a subscription to that publication is purchased Bundles of single issues can be also be bought within the application. To use purchased credits, simply click on the issue price and select ‘use credit’. This allows you to purchase back issues at reduced prices. Users can register for/ login to a pocketmags account in-app. This will protect their issues in the case of a lost device and allow browsing of purchases on multiple platforms. Existing pocketmags users can retrieve their purchases by logging into their account. We recommend loading the app for the first time in a wi-fi area so that all issue data is retrieved. If your app will not load past the splash page after a first install or an update please delete and reinstall the app from the App Store Help and frequently asked questions be accessed in-app and on pocketmags. If you have any problems at all please do not hesitate to contact us: help@pocketmags.com Visit www.gaytimes.co.uk for the latest culture, news and community stories. -------------------- You can find our privacy policy here: http://www.pocketmags.com/privacy.aspx You can find our terms and conditions here: http://www.pocketmags.com/terms.aspx 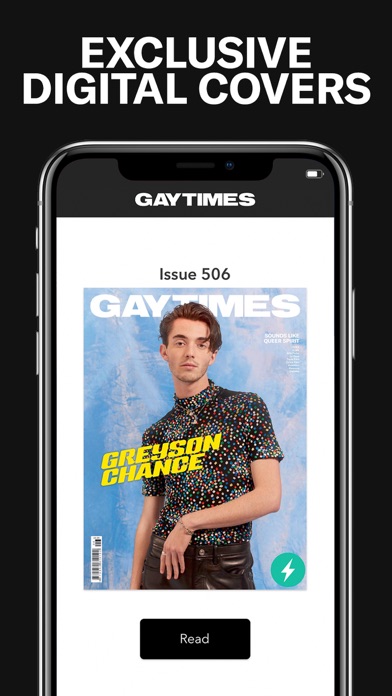 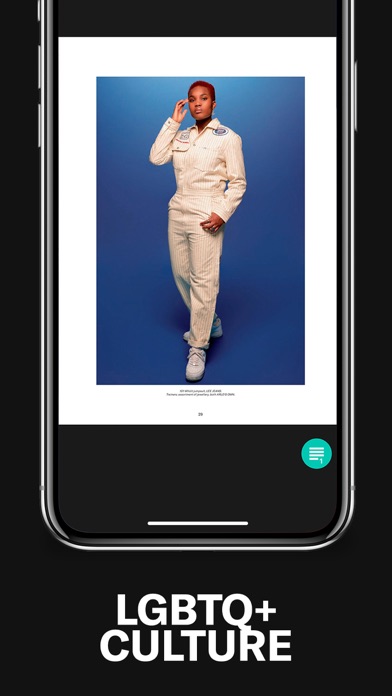 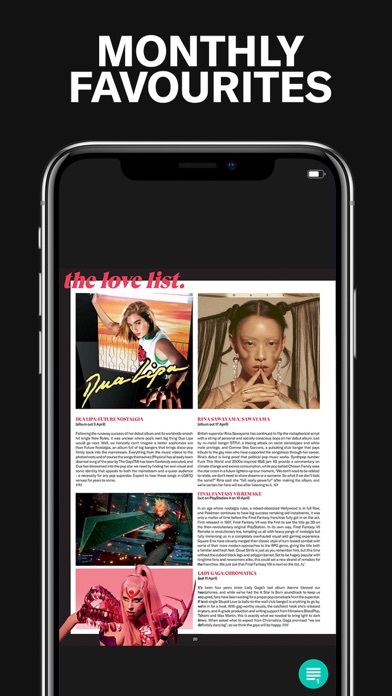 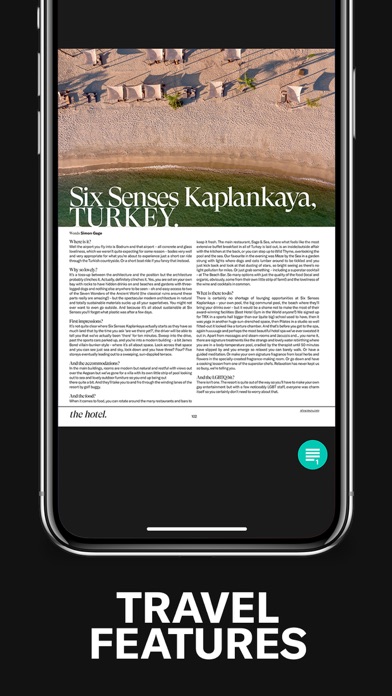 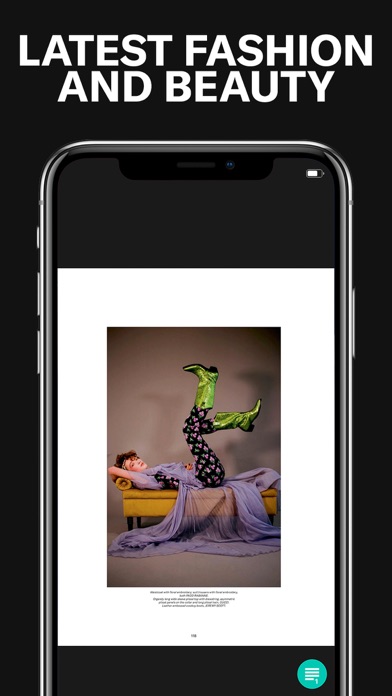 App works smoothly, one of the few digital magazines with no problems. The magazine itself has lots of interesting features and information, both serious and fun. Brit gay mags seem to be so much better than the American ones.
By operamh

Purchased a subscription on my iPhone a few weeks ago and the app doesn't recognize my subscription. I am unable to download any issues and I've sent two help requests over the last week with no response.
By JMoto73

I can't find the app on my phone, I don't see it anywhere to delete. I need to find a way to delete
By Jeydvc

Really good
By The Josh boas

This is how u spell "disgusting"...now spell "tolerance"....
By ThaMuthaShip!

I rediscovered GT on here, and what a refreshing experience to a really fresh and vibrant magazine that covers the silly, serious and salacious life of gay men, all with a wink of the eye and and wonderful sarcasm when needed. Since then loss of the Advocate in he US, this this sort of publication has been sorely absent in my life. On the other hand, my New York Times all digital subscription, that costs as much per month as does my GT. Sub on here, is constantly forgetting I am paying through the nose for rapidly devolving news service and trying to get me to buy a new sub every time I turn on my iPad or change to my cell or one of my desktops. And the App just keeps charging away with duplicate Subscriptions for a sub that is supposed to cover all my digital devices but also seems to have advanced Alzheimer's disease.
By BigDavidO

Please take off my purchased list. (Not rating it with the star either)
By Lilfrick

DO NOT TRUST APPLE!!!

Approximately the beginning of 2013, I had downloaded DNA & Gay Times magazine app that work in conjunction with Apple's newsstand app. After downloading these apps I purchased a 12 month subscription of DNA, several individual issue of DNA, and a 6 month subscription to Gay Times. The app operated marginally at best. These apps would crash and lose the data of my magazine subscription in which I would have to constantly redownload this data. My DNA subscription was automatically renewed for another 12 months in January of 2014. Sometime between March and April of 2014 I had noticed these two apps had crashed again. I deleted these two apps from my iPad and redownloaded them back on my iPad, which normally corrects issues with apps that have crashed. (This is also a solution Apple recommends to fix issue with apps that have crashed.). However after replace these apps back on my iPad, they would continue to fail and would not restore my collection of magazines that I have purchased. I contacted the Apple's iTunes Store to discuss the issue I was having. After discussing my issue with Robert a iTunes supervisor, I expressed to him that if Apple nor it's developer of these apps is going to maintain the integrity of these apps I wanted a full refund of the monies I had paid them. After a lengthy discussion with Robert, he did not address trying to resolve issues with these apps and only offered a refund of the most current subscription. I feel in this case with the lack of maintaining these apps Apple has failed to offer me what I have purchased which are digital magazine. Apple's refusal to refund me for all digital media I have purchased on my Apple iPad via these two apps is considered stealing data from me. I think it is disappointing that a Company like Apple would steal from the consumers that help build it to the multimillion dollar company it day!
By TechnoJimmy