“…there's no easier way to remove unwanted items from your images...” — The Guardian “It's in my Top 5 "must have" photo apps.” — Michał Koralewski, Photographer of the Year 2015, IPPAwards “TouchRetouch is a terrific ‘remover’.” — Life In LoFi TouchRetouch is an app that offers you all the tools you need to efficiently remove unwanted content from your iPhone photos. What magic can you do with TouchRetouch? • Remove telephone wires and posts, power lines • Remove surface breaks and scratches — both straight and curved • Remove photobombers • Remove pimples and skin blemishes • Remove human-made objects like stop lights, street signs, trash cans • Remove whatever you feel is spoiling your photos ONE-TOUCH FIXES Make unwanted objects vanish right before your eyes by just marking them. With Blemish Remover, you can touch any minor blemish once to remove it forever. SINGLE-FLICK LINE REMOVAL — INNOVATIVE FEATURE Mark only a section of a line to remove it whole; no need to be precise — the app will find the line. If you need to erase only a part of a line, use Segment Remover. Set Line Thickness to Thin, Medium, or Thick for better performance. EASY-TO-USE RETOUCHING Eliminate distractions from photos with the Object Removal tool — select either Brush or Lasso, mark the content to be removed, and then tap the Go button. Remove defects or duplicate objects by using the Clone Stamp tool. Adjust Stamp Size, Hardness, and Opacity as desired. Use Eraser to wipe out what has just been cloned. Set Eraser Size, Hardness, and Opacity as needed. EASY-TO-FOLLOW TUTORIALS Watch the in-app video tutorials for guidelines on how to use the app. Read some tips and advice on how to get more out of the tools the app offers. Download TouchRetouch now and have a bit of magic in your pocket. TouchRetouch is brought to you by ADVA Soft — a developer of Handy Photo and AntiCrop. We are doing our utmost to create apps that would positively affect your photo-editing experience. Visit ADVA Soft website at www.adva-soft.com to learn more about the company and the apps it develops. For any assistance with TouchRetouch, contact ADVA Soft Support at touchretouch@adva-soft.com. We welcome all your inquiries, comments, or suggestions about the app. Love TouchRetouch? Would you like to become our beta tester and help us beta-test the app? Let us know by sending your feedback at touchretouch@adva-soft.com. 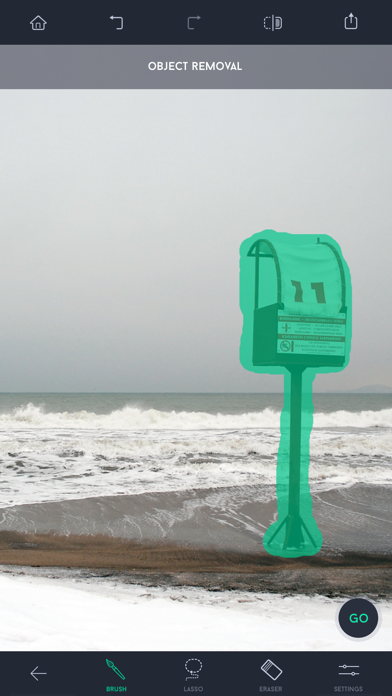 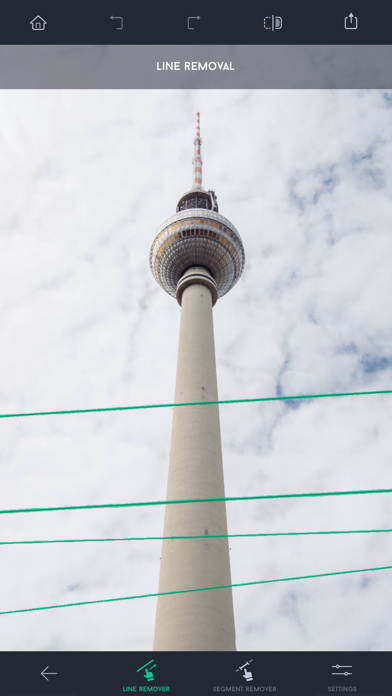 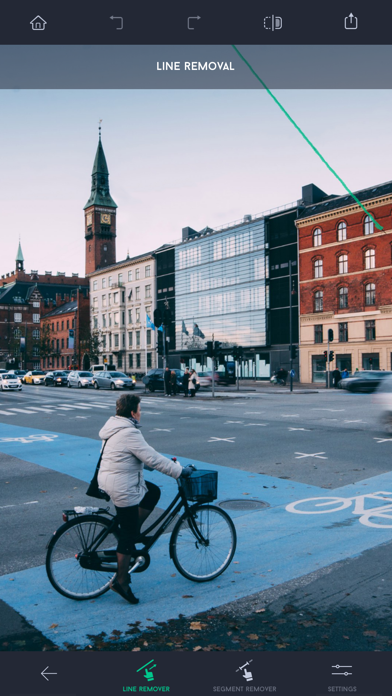 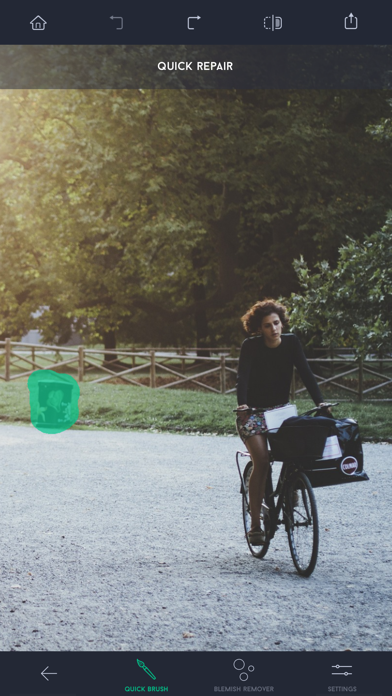 I’ve been using this app for years now and it remains one of the major tools in my photo editing. It does a better job or removing blemishes, power lines, scratches, and objects from photos than any of the competing apps including those by Adobe and Google. Worth the price a few times over.
By shortstop

I am an experienced amateur photographer, and usually use Lightroom for all my post processing. This was recommended to me by a fellow photographer, so I thought I'd give it a try. It really is impressive. With very little effort I can eliminate unwanted objects with a simple swipe. Power lines that have previously been a chore to remove, can now effectively be eliminated with a single operation ... just mark the offending line and it disappears. In most cases, but not all, there are no artifacts left that I can see. The finished work can be saved as a copy, which is very important to me. This is a really good product, and a bargain for its cheap price. I highly recommend it. BTW, the current version is 100% stable on my iPad Pro 2020.
By Stoshlee

Update 01/06/21: I’ve tried reaching out via the contact form that was provided. Can you please contact me? Thanks. I thought this app was worth a try, and it was only a couple of dollars. I’m disappointed. I tried complex and simple photos that needed objects removed and both were too difficult for this app. I was hoping for decent results, not like it was my first time using Photoshop. Buyer beware.
By whitwitk

Since App update, I no longer have the option to “modify original” instead I have to save as “copy” which puts the photo out of order if shooting and depending on when I edit, at the end of the photo stream Also often when editing or trying to erase or remove an object it will fill with that object, say my dogs fur, when it should be grass....and even remove the object I’m trying to preserve.
By Peeved in Oregon

An additional feature that would make it even better would be to make teeth white.
By Gpmaic

It does what it says it does, although it isn’t effective 100%, can’t edit big objects without the tool duplicating the image of the after image as so, best to just edit teeny tiny marks or objects. Weird. I remember Snapchat having something similar to this two years ago but they removed it, it was free and a little better than this app...
By reviewwwwwwyyy

don’t waste your money it does not work
By asgjg

Some people might be hesitant about buying this but it is worth it. I have so much fun with it and it helps me get rid of junk in pictures. 10/10 ⭐️⭐️⭐️⭐️⭐️5 stars!!
By Jachickenugget

I’ve always wanted an app like this to edit my pics when there things in the way. I could be wrong but as far as I know no other editing app can do the things this one can do. It’s so worth the money to buy this. Love being able to get the little or big things that may make or break a great pic. To be able to totally eliminate lines and/or objects on an already great picture is awesome. There is several very awesome things this app can do for a pic. The main complaint I have is the instructions could be just a little bit bette. I still think it’s somewhat confusing as to how some of the functions actually work. But mainly I’m not able to see what the options are. They are a tad to small. Definitely not a deal breaker but just wanted to put that in my review. Otherwise it’s a very useful, cool app and totally recommend it.
By Carebear Happy