Get the trustworthy news you need everywhere you go with the Los Angeles Times app. Receive instant access to our award-winning journalism, breaking news, politics, the best in food, entertainment, events and more for Southern California and the world. Updated with a new design, the L.A. Times app gives you the option of browsing our digital content or paging through the eNewspaper. Our content includes in-depth coverage of Los Angeles, California and the West; exclusive narrative storytelling such as “Column One”; revitalized reporting on the latest in food and dining; a unique take on politics and the 2020 campaign; comprehensive coverage of the arts, pop culture and the entertainment industry; on and off-season reporting on L.A.’s home teams and major sports events. New tools include “My Library,” to save your own reading list, and a video section to access the latest short documentaries and other videos. Download the iOS app to experience our new digital publishing platform. APP FEATURES: • Top News: Scan a curated feed of the most important news as it happens • Push notifications: Get the latest news from our newsroom as soon as stories break • eNewspaper experience: Download today’s issue for offline reading and browse archives of past issues • Video section: Enjoy exclusive video • My Library: View saved stories and view your recent activity • Share content easily with Twitter, Facebook, or email SUBSCRIPTION DETAILS: • If you’re a current digital subscriber, sign in with your email address and password to get unlimited access to the app’s content. • Non-subscribers, download the app a select number of stories stories each month. For full access, try a free month of Unlimited Digital Access to the app, the L.A. Times website, and our eNewspaper; then it's only $15.99 a month. Make sure to create a registration while in the app so you'll be able to log in to the website and eNewspaper when you visit them in web browsers. • Your subscription automatically renews each month unless auto-renew is turned off within your Account Settings at least 24-hours before the end of the current period. • Your iTunes account will be charged $15.99 for renewal within 24-hours prior to the end of the current period. • No cancellation of the current subscription is allowed during active subscription period. • Subscriptions may be managed by the user by going to the user's Account Settings after purchase • Any unused portion of a free trial period, if offered, will be forfeited when the user purchases a subscription to that publication, where applicable • You can read our Privacy Policy here: https://www.latimes.com/privacy-policy • You can read our Terms of Service here: https://www.latimes.com/terms-of-service • CA Notice of Collection - https://www.latimes.com/privacy-policy#california-notice-of-collection • Do Not Sell My Info - https://membership.latimes.com/privacy-settings • Questions about your subscription, including adding or removing access to the L.A. Times website from your app access, can be directed to Customer Service: 213-347-5300. TECHNICAL HELP AND ASSISTANCE: If you ever have questions about how the app works, want to provide helpful feedback, or experience crashes or freezes after installing an update, please contact us at mobile@latimes.com. A quick email to our support team helps our developers identify and resolve issues faster. We work hard to make sure you have the best experience using our app. 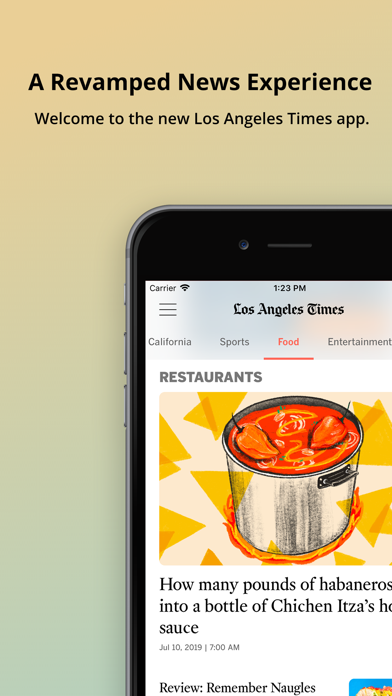 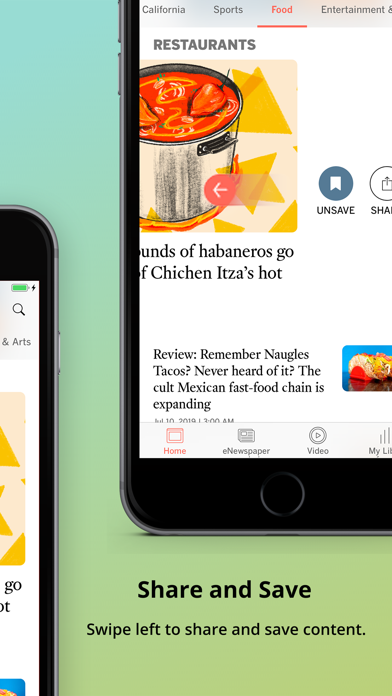 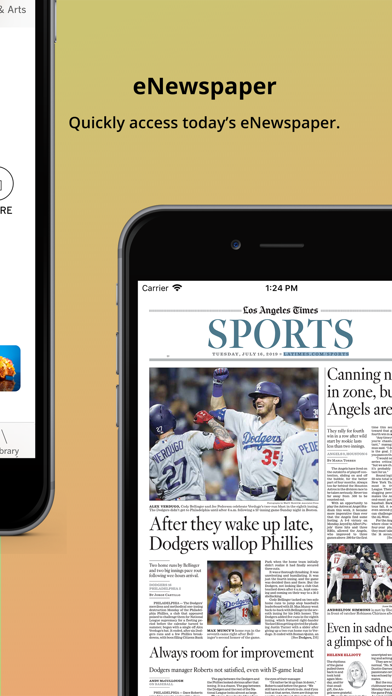 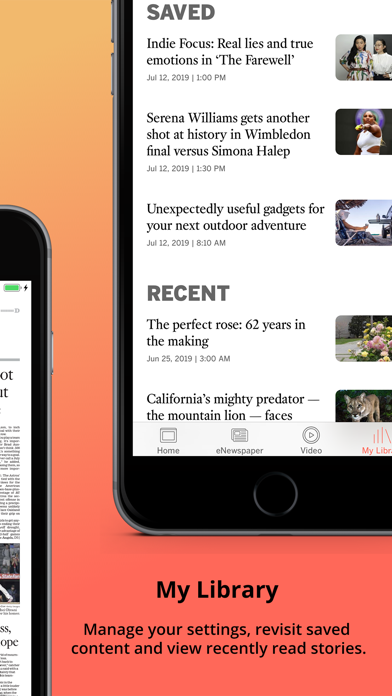 Recently it crashes when I scroll. Never happened before. Hope they fix it.
By CALefty

I had a $7.99 unlimited digital subscription for years. Then it quit working. After a long time on the phone, (Oct. 14, today) with various Apple team experts, I finally was given a specialist who analysed the problem and got me “unsubscribed” from a non-existing subscription I was purchasing at $7.99 per month. I did not resubscribe at $15.99 per month.
By ancientmodern dialectic

The L.A. Times has still not developed an iPad app. This is a (still mediocre) iPhone app made big. If, like me, you read your news on a landscape-oriented tablet, the presentation is absurd. The app was updated one week ago, so I downloaded it anew, but it’s the same. I read four newspapers all on my iPad — LAT, NYT, WaPo and WSJ — and this app is by far the worst one. I use a shortcut to the web site instead; not ideal but functional for the front-page stuff. But this app is so bad that I delete it from all my devices just so I don’t open it by mistake.
By The Slow Motion Tourist

Okay but could be improved

The good news is that the app is quick and reliable. But, would be even better if saved articles could be synchronized and accessed across platforms.
By NYCPrynne

I’ve been using ”ABC7 Los Angeles” app for over 3 years , and I gotta say that app sucked. It always buffers and most of the time doesn’t even stop loading, and never works. I was still using it thinking that was the only local news app(silly me), until I deleted it and came about to “LA Times”. I’m very happy with it. It has a great UI and very simple to use, and most importantly it doesn’t buffer or loads for more than 3 seconds. Good job guys! It’s a very futuristic app, and I love it!
By MyratBekdurdyyev

subscription vanished after a couple weeks

Disappointing experience with this app and the LA Times. I try to support print journalism, and have paid subscriptions to several of the other big papers (NYT, WP, WSJ), and a handful of smaller news organizations. In Nov 2020 the LA Times offered me a Unlimited Digital Access - $98.00/year subscription, which I purchased and used with the iOS app. The iOS app worked for a while, and then in January the iOS app started reporting "You've reached your monthy free article limit". After verifying I was signed in, on 1/31 contacted emailed LA Times customer service. They initially confirmed my subscription and had me uninstall the app, and then wanted screenshots of the error. After several back-and-forths they reported they couldn't find my any trace of my subscription, and asked for copies of my bank statement showing the purchase, which I provided the same day (2/3). I followed up the next day (2/4) asking for an estimate on when this would be fixed. On 2/11 I still hadn't received any acknowledgement that they had received my bank statement, so I emailed them again for a status update and an estimate on resolving this. On 2/12 they replied stating "We have forwarded this matter to the sales team for further assistance regarding your subscription". On 2/18 (after 19 days and 5 emails to them), I still didn't have a working subscription, or an estimate for resolving the the problem, so I asked for a refund. No reply. On 2/22 I followed up again, they replied on 2/24 they replied only that they had sent an "urgent escalation" to sales team. On 3/3 I followed up again: no reply. But on 3/5 I receive a scam-like email from CyberSource Customer Support informing me that Tribune Publishing Company in Chicago was refunding my $98, but with my billing address, city and zip all incorrect. On 3/6 I received a very terse email from LA Times customer service: their finance department had located my Nov 2020 payment for $98, and that I would receive a refund in 7-10 business days. No explanation of the problem, no apology for the delay, no offer of credit, and most importantly, I ended up with no working LA Times subscription. Experiences like this make it difficult for readers to do the right thing and support professional journalism.
By samorris359

The app is squirrely

you want to make it so difficult for me to access? Fine, cancel this subscription.
By cdlifesogood

Starting today, the ipad app won’t recognize our paid account. My husband called customer service and they only reset the password. Still cannot read on this ipad.
By BJ Bean