Based on Sporty’s popular handheld E6B Electronic Flight Computer, the E6B app has been designed from the ground up to make the most of iOS on the iPhone, iPad and Apple Watch. The software is based on the tried and true formulas and algorithms developed over the years by Sporty’s team of over 50 pilots. Its pilot-friendly design makes quick work of any navigational, conversion or fuel problem and it also performs conventional arithmetic calculations. The advanced timer/clock feature simultaneously tracks Zulu, Local and Home time zones. The timer counts either up or down, and will display an alert when reaching zero. 22 AVIATION FUNCTIONS -Pressure & Density Altitude -Planned True Airspeed -Heading and Groundspeed -Leg Time -Fuel Required -Crosswind, Headwind and Tailwind -Cloud Base -Actual True Airspeed -Wind Speed and Direction -Groundspeed -Planned Mach Number -Required True Airspeed -Required Calibrated Airspeed -Distance Flown -Endurance -Fuel per Hour -Actual Mach Number -Percent Mean Aerodynamic Chord (MAC) -Required Rate of Climb -Specific Range -Top of Descent -Required Rate of Descent 18 AVIATION CONVERSIONS -Celsius :: Fahrenheit -Nautical Miles :: Statute Miles -Nautical Miles :: Kilometers -Feet :: Meters -Pounds :: Kilograms -Avgas Gallons :: Pounds -Jet A Gallons :: Pounds -Gallons :: Liters -Hours/Minutes/Seconds :: Hours CALCULATOR -Perform basic math without having to exit the application CLOCK/TIMER -Simultaneous tracking of Zulu, Home and Local time zones -Advanced timer counts up or down and operates independently so you can perform other calculations while the timer is running -Upon reaching zero in the countdown mode, a message will display no matter what app is active – a useful feature for missed approaches, switching fuel tanks, etc. Includes E6B app for Apple Watch 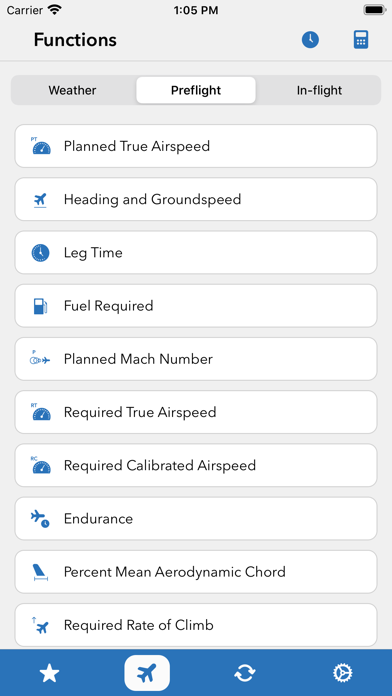 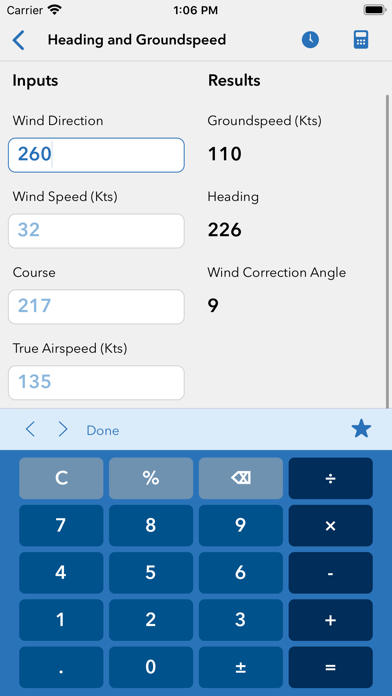 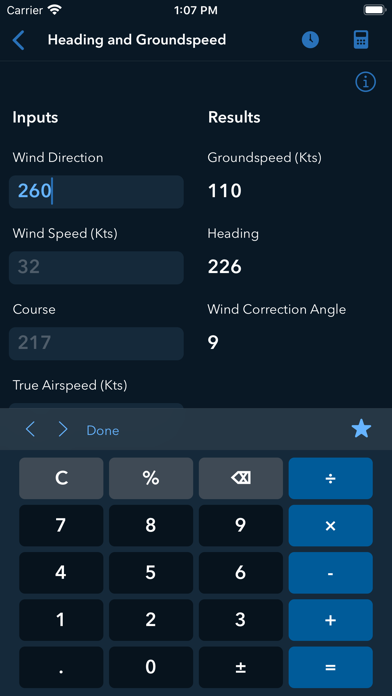 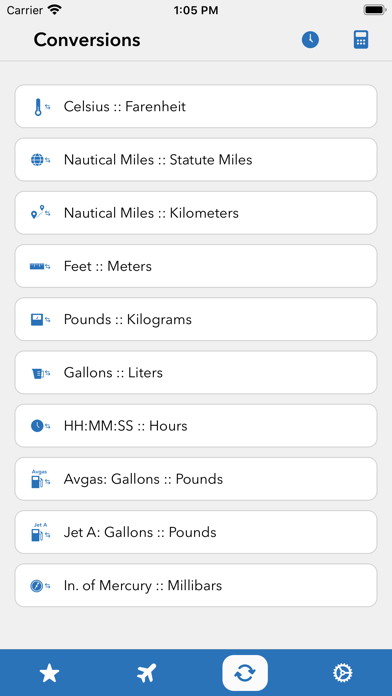 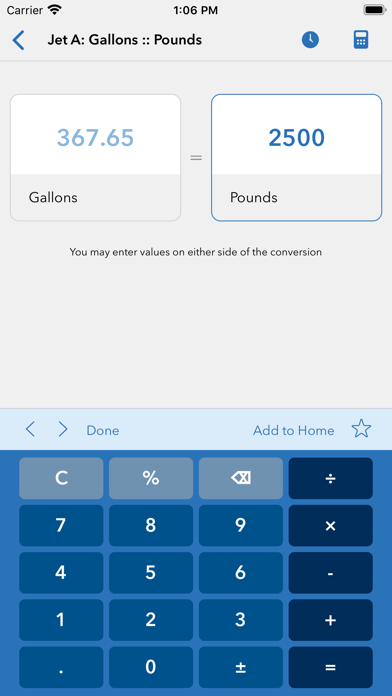 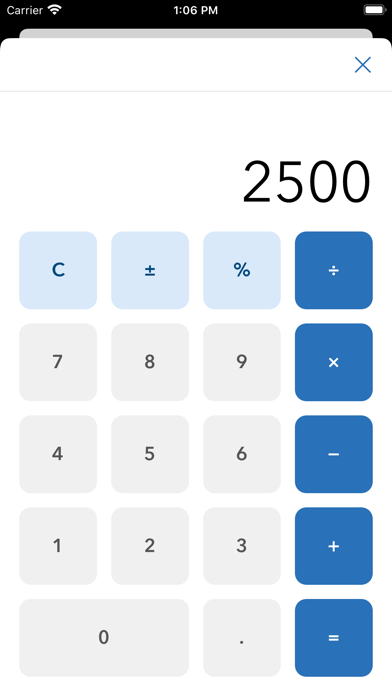 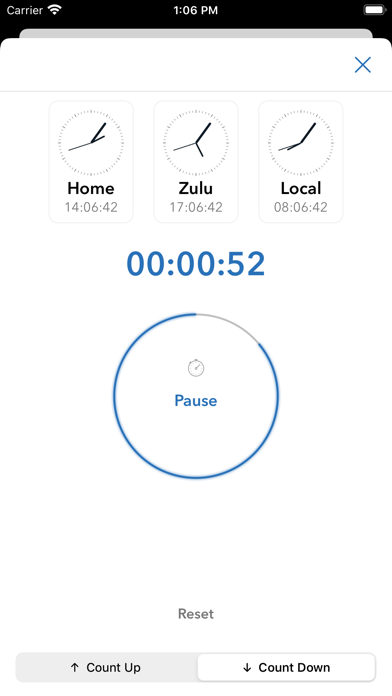 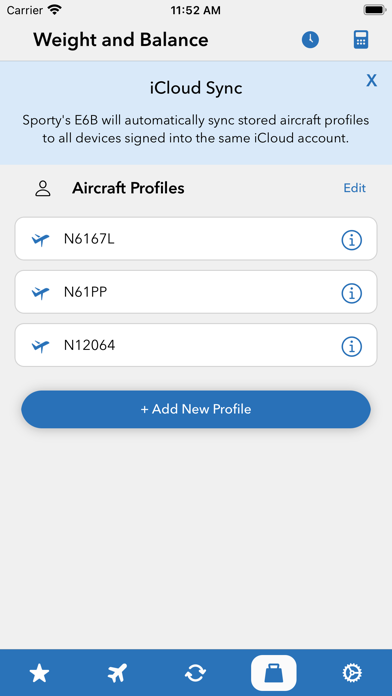 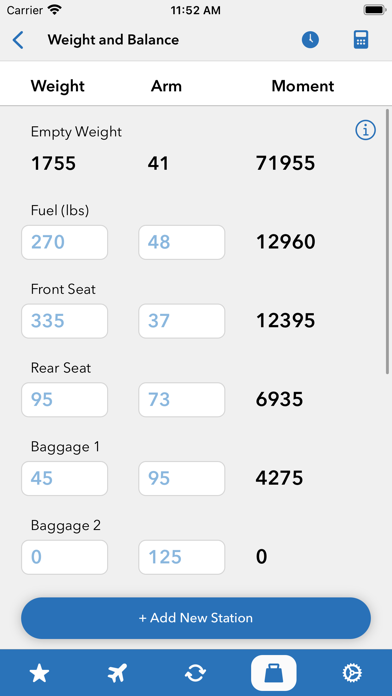 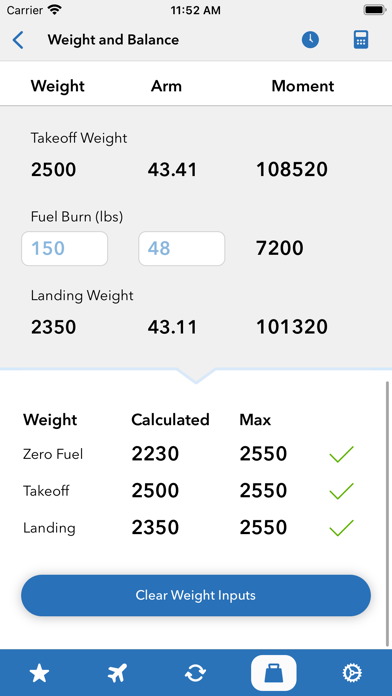 It’s everything I need
By broke RM

I actually prefer the old version before the update. There were some features on the old version, like the weight and balance, that are no longer available on this version. Those other features were very helpful.
By DarkKnight0618

App could be tweaked by adding a magnetic variation input field, for calculating heading and GS. Where I operate from, it’s 16 degrees. I need to manually subtract that for every calculation to get compass heading.
By MattN3021E

Weights and balances different on my phone vs pad. Cannot do on iPhone. Missing Ability to input informs the iPad . To some extent I like the older version. There was no carry over from the previous version.
By Ken PT

It’s handy to have.

It works nicely as a study tool for me. 👍🏼👍🏼
By Adonis Mendoza

All the features you need and a modern, clean interface. I like the ability to favorite calculations so you can quickly do the 3 or 4 you always do.
By CessnaPilot987

Update made it worse

When I purchased this app, it functioned well and included a nice, easy to use weight and balance tool. A while back, I updated the app, then opened it to see what was new. Not only did they take away the weight and balance tool, which was one of my selling points for buying the app, they changed the pressure altitude tool to not accept certain numbers. For example, if the altimeter setting for a given airport is 30.02, you would either have to round down to 30.00 or round up to 30.1 because it will not allow you to type a zero after the decimal and type another number afterward, rendering this function useless for certain pressures that do occur.
By Pilot Man 49

Used to have w&b now it doesn’t. What a waste of $10
By qweyhdhgdtj

The app for some reason lacks weight and balance as the actual Sporty’s electronic E6B does. I was hoping it would have that feature and could even store a specific plane’s specs for easy calculations. This is truly disappointing. Also, the Apple Watch app needs severe updating.
By DouglasJayK