New York Subway uses the official MTA subway map and includes a helpful transit route planner. With over 10 million downloads worldwide this NYC subway map is free to download and will help you navigate around New York using the subway system. Features: • Official MTA map of the New York Subway. • Including all 5 NYC boroughs - Manhattan, Brooklyn, Queens, Bronx and Staten Island. • Easy-to-use transit route planner to get you from A to B on the subway. • Works offline for help even without an internet connection. • Service Status from MTA shows live information about delays with alerts sent straight to your phone. • Countdown Clocks for each subway station to check when the next train is due. • Search for any subway station on the map or find the nearest station to your location from anywhere in New York. • Plan routes to Points of Interest including Empire State Building, New York Botanical Garden and Times Square. • Favorite your routes for quick access when on the move. • If you're visiting New York City for the first time, there's a handy guide in the app filled with helpful travel tips and information. • E & E Alerts show any out of service elevators and escalators as well as an estimate for when they will return to service. • Live Twitter updates from the official NYCT Subway account with helpful transit information. Mapway make transit apps for cities all around the world with over 48 million downloads. If you’re visiting Washington DC, Boston or London make sure you check out our other apps available to download for free in the App Store. Plan. Route. Relax. *Whilst we endeavor that service status notifications are delivered in a timely manner we can’t guarantee this 100% of the time. There may be occasions when this isn’t available due to technical reasons outside of our control. Please note: Continued use of GPS running in the background can dramatically decrease battery life. Join Mapway Apps on Facebook or follow us on Twitter @MapwayApps. We would love to hear from you! New York Subway VIP available as an in-app subscription: $3.99 monthly or $9.99 annually, or as a one-off purchase of $23.99. Cancel at any time, for any reason. Payment will be charged to your iTunes Account at confirmation of purchase. Subscription automatically renews unless auto-renew is turned off at least 24-hours before the end of the current period. Your account will be charged for renewal within 24-hours prior to the end of the current period, at the cost of your chosen price tier. Subscriptions can be managed and auto-renewal may be turned off by going to Account Settings in your iTunes Account. Any unused portion of a free trial period, if offered, will be forfeited when a subscription to that publication is purchased, where applicable. Read our terms in full at mapway.com/terms 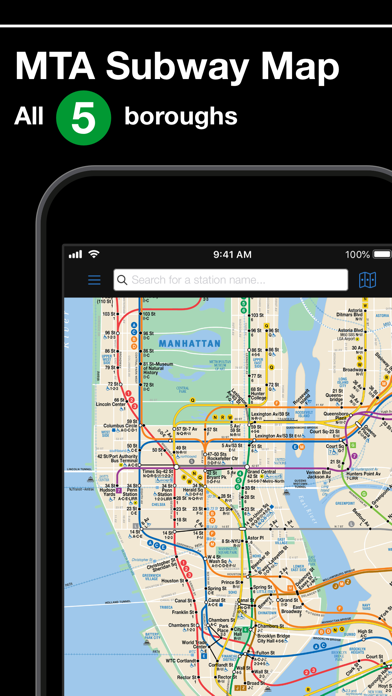 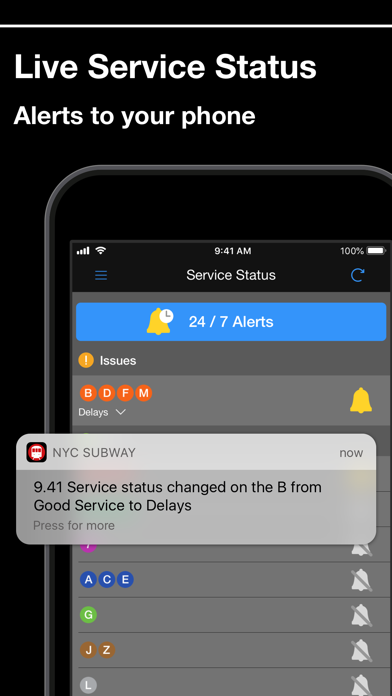 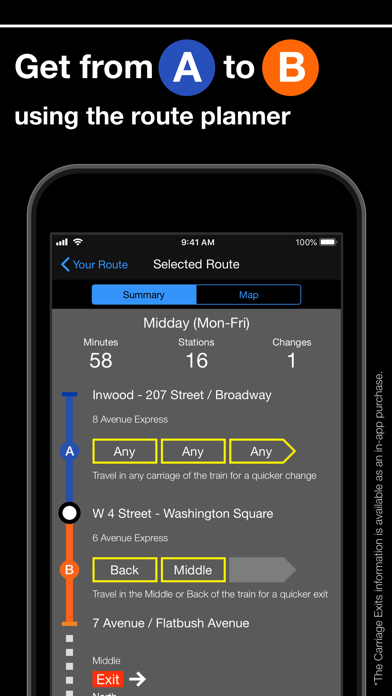 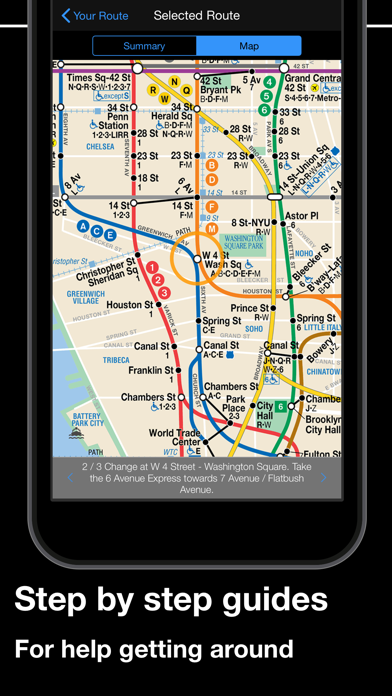 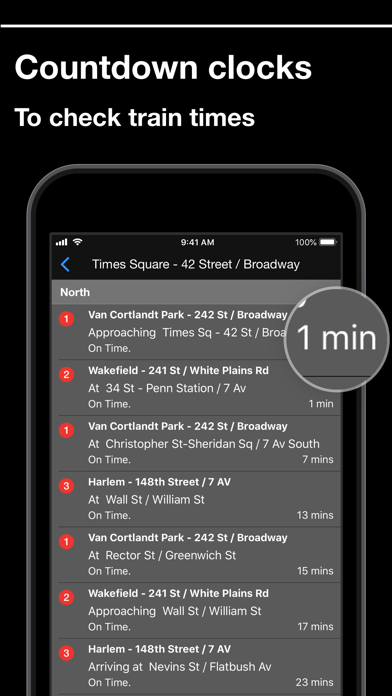 Not fond of trying to open map in a quick ny second and having to watch an ad that ruins the purpose of the map! 👎🏽 No good.
By LadyDomestic

This app is one of the worst ever. Don’t waster your time or money.
By dawn medley

Ads pop up immediately whenever you first open the app, last too long, and can’t be immediately closed. It won’t give you problems if you’re checking the map with time to spare, but if you ever find yourself needing this app to help you make a snap decision re: boarding an unexpected train that has just pulled up to the platform, you won’t have time to close out the inevitable ads and check the map before the train departs. There are other free nyc subway map apps that don’t frontload unskippable ads. This one isn’t going to ruin your life, but there’s just no reason to download it over the others.
By fjdurhegeudje

Turn off the screaming ads

Whose stupid idea was it to compromise the safety of riders by preventing them access to the map with a screaming ad? It prevents riders from quick access to whether or not an arriving train goes where they want and eliminates privacy. I already paid to ride the train. If the official app of the MTA isn’t going to assist riders unless they pay then it shouldn’t be the official app. Heinous
By Wicked tuff

advertising at the worst time

You are late to work, running out of time, you open this app trying to find out if there are any service changes. Guess what? You are hit by an advertisement that runs for a whole minute. The makers of this app had no clue who uses this app, when people would use it, why they would use the app, they just went ahead and slept a bunch of ads at the wrong time all Over this app. It’s pretty much unusable because of the untimely adds. It’s a shame , it could’ve been a popular app, it just didn’t make it.
By Mr. Bean1000

What a piece of junk. Just a bunch of pop up spam ads for such a simple app. Just total garbageeeeee
By Spiker1212

Why does the MTA feel the need to show pop up ads when you are looking at the subway map? It’s pathetic. Compared to any other major city it’s disgusting! Paris, London, Moscow, Tokyo to name but a few. There is not much more irritating than trying to figure out which train to catch but you can’t because an Experian ad pops up repeatedly. NYC subway is filthy, it stinks, it’s unsafe and the map is barely comprehensible! Whoever is advertising on it should be aware that what they are doing is creating badwill for their brand. And whoever runs it should be fired! Gotta to be the only country in the world where they want you to pay for the subway map app!
By nosir prize

This app used to be good, now it’s horrible. I can’t open map without seeing 4-5 seconds ad. It is so frustrating. I get that they are trying to monetize it but there are other apps we can use without going through these ads. They should develop side banners for ads so that map does not shut off completely.
By sggsheuey

Not useful when you really need to check a map and just get constant crappy ads with every touch.
By MeliaBK

Inaccurate with subway locations and property lines that run there. Inaccurate about stops on correct lines. Offers wrong directions when heading to location or subway entrances. Terrible, I had used this in the past and it was ok with the exception of ads popping up at the most inconvenient times. Now the app doesn’t even offer correct information. I wasted $10 on a years subscription. Don’t make this mistake.
By Theformergreater