Stay up-to-date with the latest news from around the world with TIME Magazine!   Stay informed with award-winning articles and eye-opening photography. Learn about global issues from the experts and get the breaking new details. Meet the people who are changing the world and shaping social change. Experience news events firsthand through personal accounts and inspiring features. Plus discover new health breakthroughs, political analyses, the latest tech advances – and so much more! Download the app and receive a FREE ISSUE when you say yes to a monthly or annual subscription. TIME publishes 50 issues per year, including 16 double issues.  TIME® Magazine Subscriptions Available:   • 1-month subscription - $2.99, automatically renewed until canceled  • 1-year subscription - $29.99, automatically renewed until canceled  SUBSCRIBERS’ AUTOMATIC-RENEWAL FEATURE: Your subscription will be charged to your iTunes account at confirmation of purchase and will automatically renew unless auto-renew is turned off at least 24-hours before the end of the current period. Your iTunes account will automatically be charged at the same price for renewal, as stated above, within 24-hours prior to the end of the current period. Current subscriptions may not be cancelled during the active subscription period, but you can manage your subscription and/or turn off auto-renewal by visiting your iTunes Account Settings after purchase. NOTE: WHEN PURCHASING A SUBSCRIPTION OR SINGLE-COPY OF THIS TITLE, YOU AGREE TO THE PRIVACY POLICY AND TERMS OF SERVICE WHICH CAN BE VIEWED BY GOING TO: Privacy Policy US: https://time.com/privacy/generic_privacy_new.html Privacy Policy US (California): https://time.com/privacy/generic_privacy_new.html#california EU Privacy Policy: http://time.com/privacy/generic_privacy_new_eu.html Terms of Service: https://time.com/privacy/privacy_terms_service.html  KEY FEATURES:  • OPTIMIZED FOR YOUR DEVICE: Easily toggle between the traditional magazine layout and the innovative text mode for a seamless reading experience, built for your iOS device  • OFFLINE READING: Download your magazines to your device to read them whenever and wherever you want, even without an internet connection  • BOOKMARK AND SHARE: Bookmark articles to read later, or share them with your friends • TEXT TO SPEECH: Listen to your favorite magazines and all of your articles on the go  • NEW ISSUE ALERTS: Be the first to read the latest issues of your favorite magazines with new issue reminders 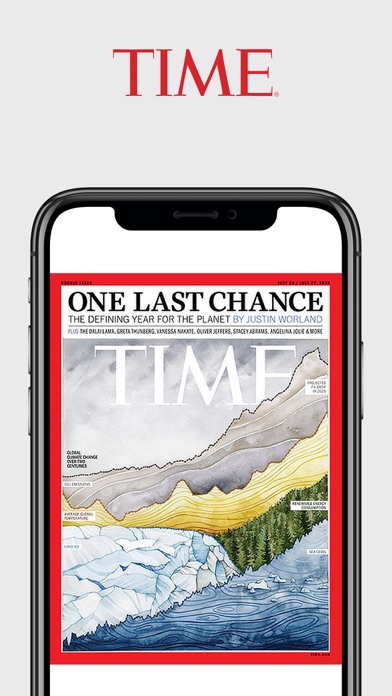 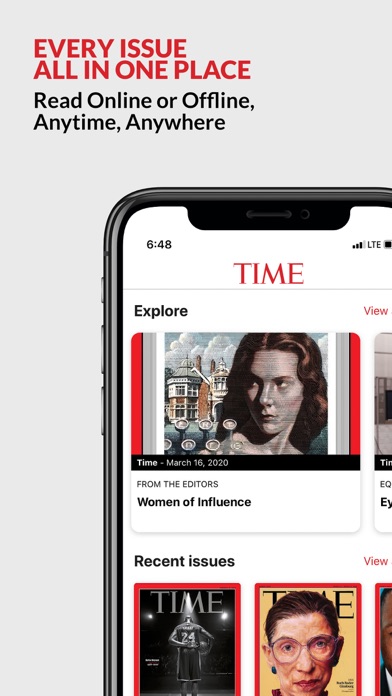 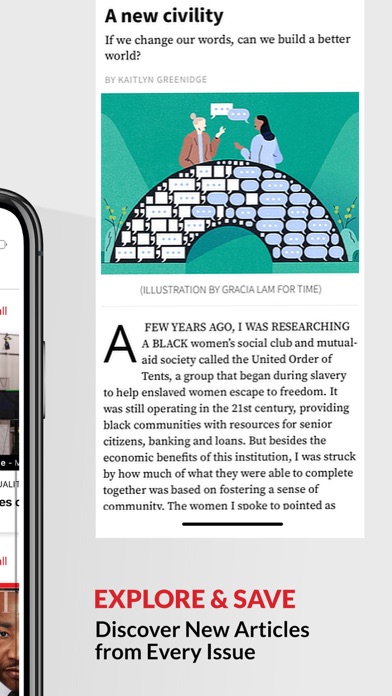 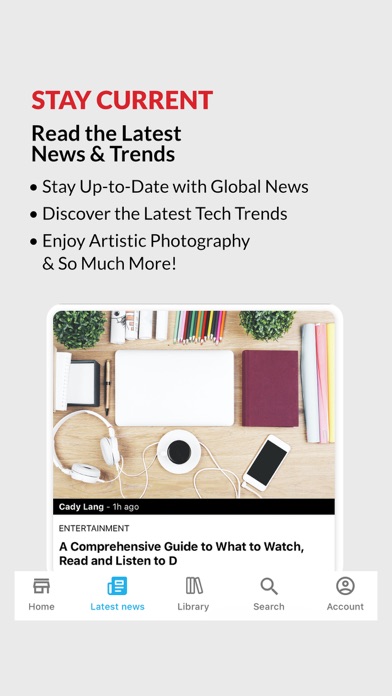 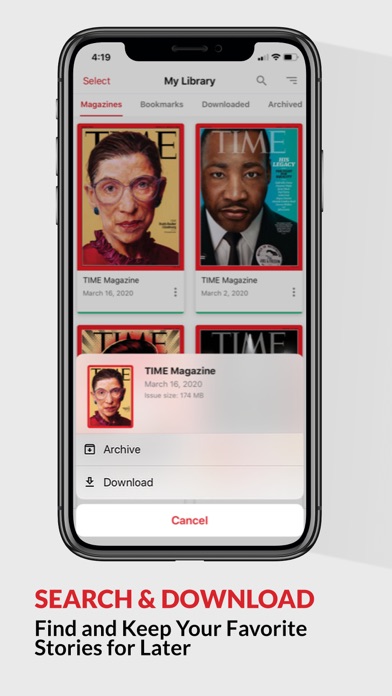 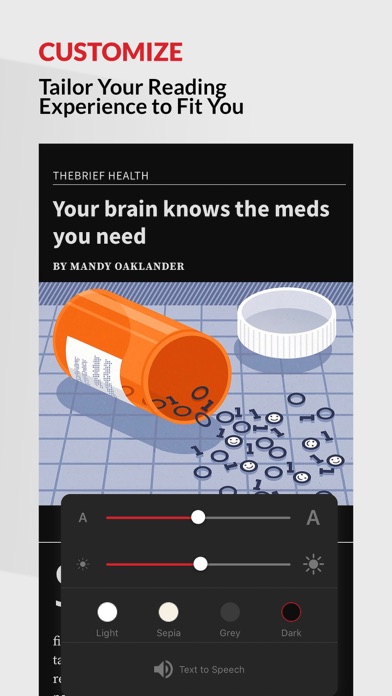 Awful app run by awful people
By will54627

The chose two of the worst people alive to be person of the year? Just like other media, they don’t want to produce facts, just the socialist agenda of the left. The company is garbage as is the magazine and app they have.
By That dude in IT

Simple problem. App does not work. Cannot get past the dreaded spinning thingy.
By cris0912

The iOS app does not function. It shows a white splash screen and a buffering symbol, but does not open up at all. Can this be looked at please. Update: The iOS app now functions flawlessly. Thank you to the developers for looking into this and responding expediently to fix the problem. I now have access to the app and read my purchases.
By knowsclassic

Can’t open it
By Peter Palandjian

Unable to view my subscription

I tried many times to delete and download the app to correct the problem. But as soon as I was able to download the issues, I’m not able to access the magazine. The screen just becomes empty. This has been a problem for over 2 months. I cannot view any downloaded magazine .
By PochitNYC

Downloaded issues not accessible when not connected to internet. Tech support can’t fix.
By Jeff Gerth

Why are all the articles randomly out of order when using the text view? In PDF view, all is OK. Makes it a bit difficult when switching between iPad and iPhone.
By JoelTB2003

Once again, does not work

It seems like every time you “update” this app, it stops working on my iPad! This is the FIFTH time I have had to complain because I can’t access my issues. Now, after the 9/17 update, the app won’t even open!! After the last failed “update”, I changed my subscription to month-by-month; seriously, why do I continue trying to use this app?!!!
By Cowboy Kay