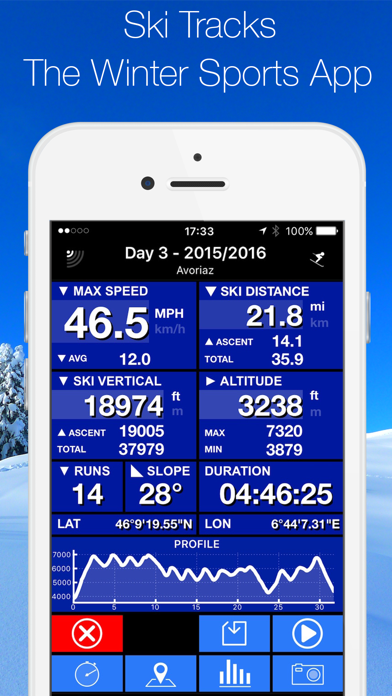 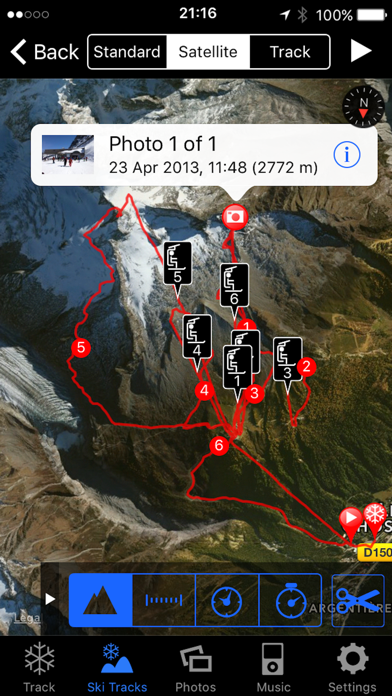 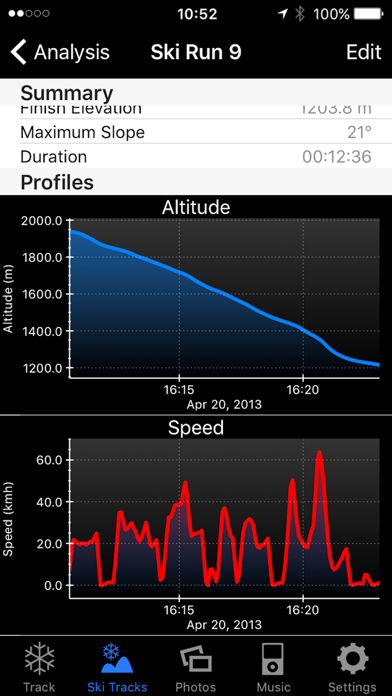 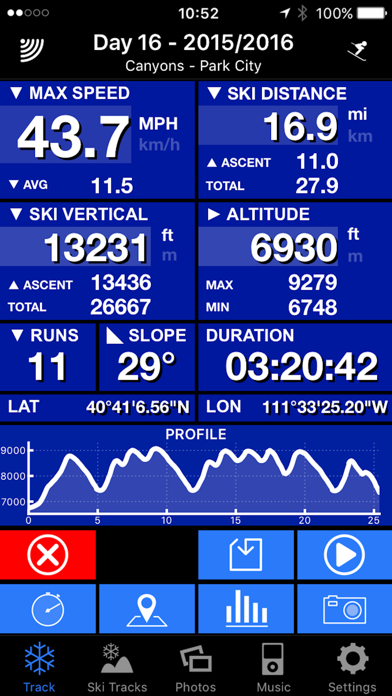 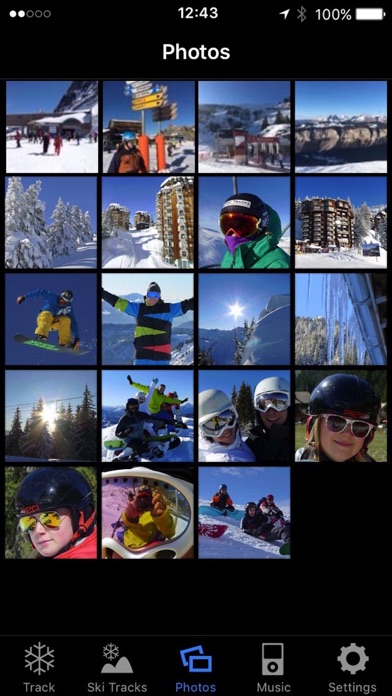 You just launch the app and at the end of the day it’s all there. You can see your routes through the trees or on the trails. Add to that: lifts ridden, vertical descended, top speed, miles skied and how many runs you took. Awesome!
By Edbikeski

I use Ski Tracks for skiing and fat biking. It would be good if there were a setting for hiking.
By Marcello2

Great to track how far, fast you go and compare with friends to show how hard you go.
By RRussin

Liability on your part

I believe this app may be contributing to a breed of skier trying to post a new high speed by the end of the day. I’ll confess that when I first used it, I puffed up my chest at cracking the speed of sound. I showed the app to a friend, he downloaded it, went out and came in boasting he had topped my speed! 56 mph on a blue trail! Then I noticed friends of mine posting speeds in excess of 60 MPH on trails populated by unpredictable snowboarders and beginner to intermediate skiers. Speed is thrilling! I love it! The new skis allow you to carve very high speed turns. We become dangerous controlled missles. High speed skiers defend themselves by saying they are in control. This past winter I turned the app off during a winter ski vacation. I tried to focus on going slower and enjoying the view. I got hit by a kamikaze not far from the base of Sterling at Deer Valley. 10 breaks in 7 ribs, pneumothorax, punctured lung, and a bit of internal bleeding. I’m old on a blood thinner. Surgery and 6 days in the Intermountain Trauma Center. Was it the apps fault? No but the topic of Max Speed bragging came up in discussions afterwards. My neighbors wife got taken out and their child almost killed by a straight line boarder. The app is great for seeing where you went and how much vertical or steepness. Food for thought! I’m lucky to be alive. There are some that are not.
By Dave from Rome

Been using it forever, consistent updates and improvements
By CDub

Skiing Telluride with 5 buddies 5 days same exact runs. Same phone service provider. All iPhones all set app to run until phone died. No phones died. None of the Data was even remotely close/similar Running time was correct all the other data was all over the place, made no sense, so it was cool to use but no way it was accurate. And like I said meh.
By mad at BTN2GO

Can’t live without it
By edporras

The app is not intuitive. First time I used it ... it didn’t record anything and the third time I accidentally deleted all my data from the day of skiing 😡
By PJL-Newark

But I do have a suggestion for improvement. Could you add the ability for users to create their “ski quiver” and allow us to add a ski from it to our day? Kind of like Nike Run Club app allows you to select which shoe you wore on any particular run.
By Bajafever

Can you add option to edit the run?

I often forget to switch off the app before leaving ski resort. So I end up with stats of driving in the car. I wish I could edit the runs to delete some part of the ski day, to get the clean data, without stats of me driving from the mountains
By Vladicom