▶▶ Prepare for the Hurricane Season with 30% off the retail price ◀◀ For over twenty years, the SAS Survival Guide has been the definitive guide to surviving any situation, anywhere in the world. Now, for the first time ever, the million-copy bestselling book has been reinvented for the iPhone. iPad User? Check the SAS Survival Guide for iPad ! Please Note : This app only contains the English language content of the SAS Survival Guide ▶▶▶▶▶▶▶▶▶▶▶▶ ACCOLADES ◀◀◀◀◀◀◀◀◀◀◀◀ • Official Honoree Award at the 15th Annual Webbys • Selected for iTunes REWIND 2010 • Apple Featured Application • Featured in iTunes 'Staff Favourites' • Also features in "WHAT'S HOT" and "NEW & NOTEWORTHY" in most countries • Has been ranked the #1 LIFESTYLE APP in almost all geographic locations ▶▶▶▶ ABOUT 'SAS SURVIVAL GUIDE' ◀◀◀◀ Written by former SAS soldier and instructor, John "Lofty" Wiseman, this application brings you the elite training techniques of Britain’s toughest fighting force in the most accessible version ever. Now you can take the original set of world-class survival skills with you anywhere in the world – from the peaks of Kilimanjaro to the deserts of Kandahar…or to your closest national park. This FULLY SELF CONTAINED app includes : * Full text of the bestselling book optimised for the iPhone (over 400 pages) * 16 videos providing invaluable survival tips from Lofty himself * Photo galleries of Animal Tracks, Knots, Edible, medicinal and poisonous plants, sea creatures and snakes * Morse Code signalling device * 100+ question quiz to test if you've got what it takes to survive * Survival Checklist * Sun Compass * Search tool to scan entire book by subject * Extreme Climate Survival: sections on surviving Polar, Desert, Tropical, and Sea * Comprehensive First Aid section ▶▶▶▶ ABOUT 'Urban SAS SURVIVAL' ◀◀◀◀ The ultimate guide to fending for yourself in an urban environment from the team that brought you the million-copy selling SAS Survival Guide. Written by legendary ex-SAS man John ‘Lofty’ Wiseman, the guide comes stuffed full of useful tips for fending for yourself in every urban situation. And many more besides. This interactive edition contains: * The latest training on self-defence and the law * Dealing with fire and hazardous chemicals * Tackling snake bites and other animal dangers * Handling DIY: power tools, welding, machinery and more * Terrorism * Health information * Full search functionality * Urban survival checklist * And more ----------------------------------------- PLEASE NOTE : During normal use, this app does not require an active internet connection however some assets, like videos, need to be downloaded and features like social sharing will be disabled without an active internet connection. The Internet Connection Alert message is only informational and does not affect the content or use of the app while offline. 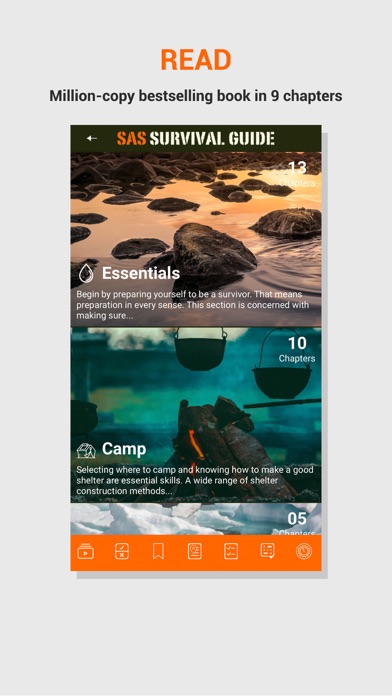 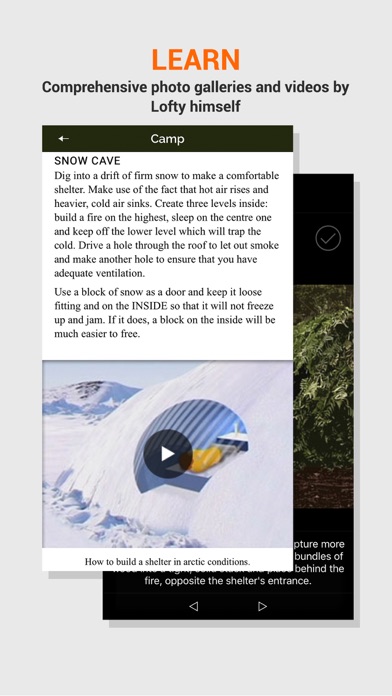 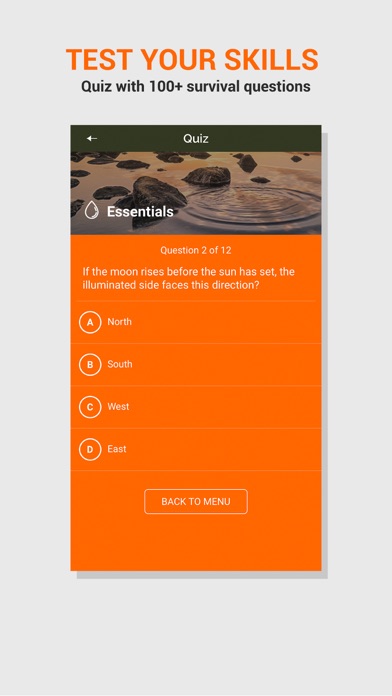 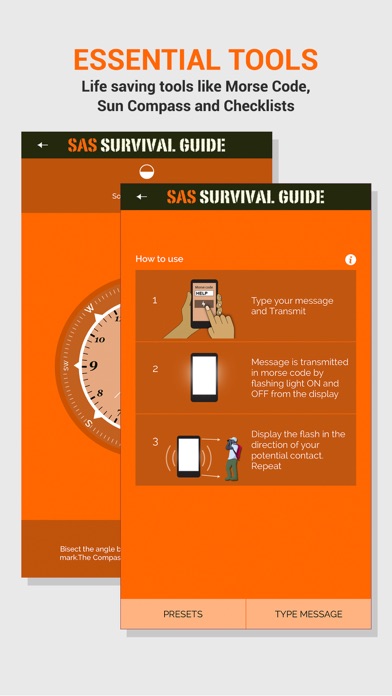 This app is a disaster

This was meant to be a reference app attached to the book. At first, this was great. A simple database with information and some pictures. The app was clunky and hard to navigate, sure, but it worked. This new one shows these people have NO idea what they’re doing. Avoid this. Download Wikipedia to your computer instead or something.
By Aces324

What’s the use of updates if you can’t even support screen resolution for devices that are two years old ??. Apple’s supporters and app purchasers spend a lots of money on these apps it would be nice if the developers at least keep them up to date for devices .
By Soljie

Update from old 5 star rating: from unsurpassed to unusable. What did you do? Fire everyone on your “updating “ staff and return the app we paid for. Lofty, clean house. Old rating: (was 5 stars)Good reading and watching when bored. I recommend having this as a supplement to the actual book, which should be in a pocket anytime you are outdoors past the parking lot
By Fury of the Sloth

The app does not allow me to continue to read the book I already purchased, it only takes me to a screen offering new titles. When I eventually navigate to the title I own it’s simply does not open.
By Sigiloso

Same issues as others

Hoping 1 star review lowers the average and gets these bugs the attention they deserve. But who knows if anyone is actually paying attention
By restlessdesign

Update: As other reviewers have done, I deleted the app, reinstalled, then restarted the device (shutting it down from settings). After restarting the device, the app now works! Guess it’s a glitch with last update. Still a good app, but have to dock a star for the extra steps required to make it work. I rarely write reviews, but the last update was so disappointing. This used to be a great app. Very informative. Unfortunately, since the last update, it will not open the original SAS app. Instead it takes you to a home screen to view (and purchase) other SAS titles. Even after navigating to the library which shows the apps you own, the app refuses to open. PLEASE FIX! Love this app when it actually worked, will update review if I can use again.
By mommabear648

This gives one real world options available to every survivor as well as helping to get you in "the zone" so that one can make necessary decisions and think in a survival mode.
By SPARKY DEMENT

Paid the $6, it wouldn’t work when I was out in the woods and needed it. Was told to delete app and re-download to make it work and now it wants me to pay again. What a waste of time and money. You don’t deserve to charge for something that doesn’t work.
By breeeeeeeeezzzzzy

If this was a test to make sure we were prepared with a backup version of the actual, physical, book, well played. I do have a copy. It still seems to work at least. This app doesn’t. One star.
By Cat-atomic

How Smart Is Your Cat? Fun Ways to Find Out!

My Supports by MyKey™ Consulting Services

50 Ideas You Really Need to Know

The Inner Fix: Be Stronger, Happier and Braver

Prayers on the Move

BodyFit - A Beginner’s Guide to Fitness

How to Con your Kid

Mary Berry: In Mary We Trust