Red Phone - the One Touch Call App Presidents around the world, Stargate®-General Hammond or Batman® use it. Now, it's also available for iPhone. How it works: 1) The first time the app is launched, a specific phone number can be selected. 2) After that, you can do one-click calls from your home screen to the selected number. 3) If you want to change the phone number, you have to switch on the edit toggle in Preferences -> Red Phone. Enjoy this great, helpful App! 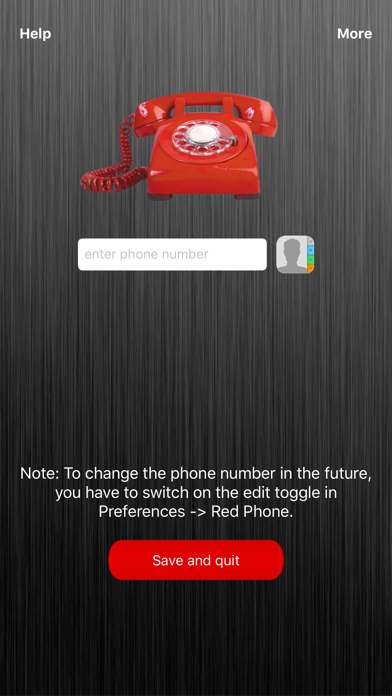 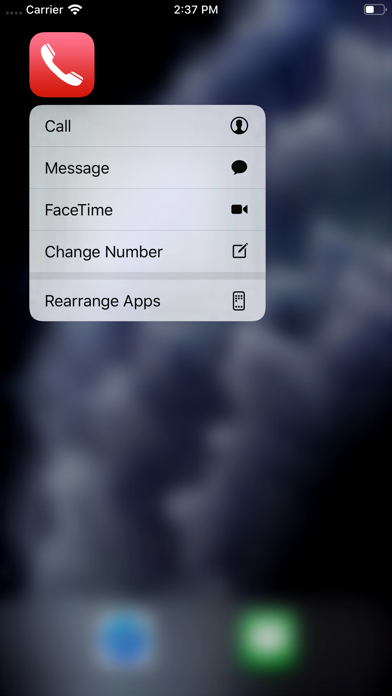 This is a dumb app that serves little purpose. Your dollar will be wasted to have an app that only allows you to dial a pre-established number after turning the application on. So, it is only useful to have a phone dialed at the press of a buttom.
By Gmorfini

Doesn't even open
By Zeemvee

is that it? the end after iOS 8?!!!
By shadymansour

This app doesn't work at all. Screen just goes black and sits there, doing nothing. I know a homeless guy that would do more for a dollar then this app. Do yourself and humanity a favor and go give your dollar to a homeless person. they need it more.
By Dan-the-daytrader

STOP! THIS IS A SCAM!

This is NOT the Red Phone app by Whisper Systems. It is by a completely random developer and does NOT encrypt anything. It's just a red phone icon...
By naji247

One of my favorite apps, it had a position on my main apps page. Worked very well. After Apple released iOS6, the app didn't work. The app has since been updated for iOS6 but still needs some work. When you launch the app, it shows a green bar across the top, like your on a call while at the home screen. Another refinement update would much appreciated !! Thanks.
By khunbenja

Worse product I have ever purchased don't buy it!!
By Zee032

App crashed on launch. Was about to ask for support when I decided to reboot the phone. It worked. Silly me. Apple products are becoming more PC-like and I forgot. *sigh*
By thisisentireybogus