FINAL FANTASY II FINAL FANTASY II is highly anticipated follow-up to the original FINAL FANTASY, released in Japan in 1988. The game features the bitter and beautiful tale of four war-orphaned heroes who become embroiled in a conflict between the hostile Empire of Palamecia and the rebel resistance. By eschewing conventional leveling for a proficiency system that allows players to tailor their characters' growth and incorporating a key term memory system that makes dialogue integral to gameplay, this game sparked the spirit of innovation for which the series has become known. This release also contains the bonus dungeons added to later editions of the game--the Soul of Rebirth and the Arcane Labyrinth. Additional Information (reference only): ESRB Rating: E10+ with Alcohol Reference, Mild Fantasy Violence, Mild Language and Mild Suggestive Themes 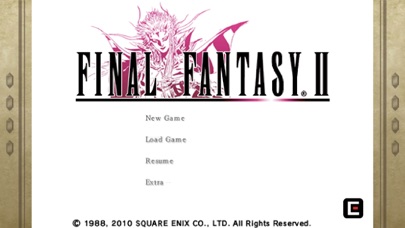 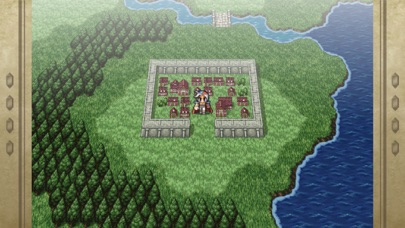 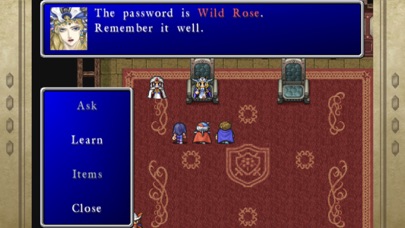 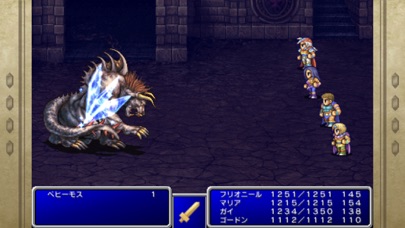 I loved this game. After playing final fantasy 1 on the NES mini with my son, I was surprised to find II for IOS. If you have the patience for turned based RPG games, this is a classic. Beautiful animation and story line, music etc. Compared to modern games I appreciate that you spend more money on this upfront but no ads, no constant pressure to pay for in-app purchases, you don’t even need WiFi, you just immerse yourself in the universe. This game kept me busy for 40 hours of playing time, and another 10 hours for the new epilogue they added for this anniversary addition. You must have patience for leveling up your players or you will hate it. But if you like these types of turn based games, this is great retro fun. I read many reviews that complained about freezing and crashing. I played on an iPhone 8 running iOS 13.1, and it crashed once in 40 hours of play. You can save as often as you want, so I saw no technical issues.
By KennethAlfred34

They fixed some bugs (Updated review)

Overall this game isn’t for everyone like for every game out there. The leveling system It’s amazing, for example it is like the customizable characters and jobs in FF3 and FF4 but it’s expanded upon at a much greater degree (i.e can equip all weapons and magic but almost everything is viable at end game) The story It is fine. Basically Evil guy torched main characters then good guys find them and say go do things. The battling system Its has the same battle commands as FF1. A thing to note is it has a VERY high encounter rate and there are trap doors that have a even higher encounter rate but this game kind of was made 30 years ago and the story wasn’t that hot so all it had was the battles and the leveling system is all around battles.
By Will Blake

I saw several old reviews talking about the game freezing up and having issues. Just put 35 hrs into completing the game. No freezes or issues. Looks like the have fixed issues from previous reviews. Enjoyed the game and the story.
By Stryker0 FF Forever

The Only Word I Could Think of is “Clunky”

This is a good game and stable. I am 8 hours in and have yet to experience any crashing or sound issues. I love that these titles were released for iOS and have been collecting them piecemeal out of order. It took me longer to pick this one up due to the negative ratings and can confirm that this particular installment in the series is somewhat of a functional anomaly. It does not have controller support (I prefer physical buttons and use the Steel Series Nimbus) even though all other titles in the series do - even the predecessor to this one. Aside from lack of controller support, this port also doesn’t provide any configuration options to change the size or positioning of the d-pad and there is no fluid way to get through battles - no auto option to repeat your last command or to auto-select a target. This is a good game, it just isn’t as functionally playable as the other Final Fantasy ports to iOS.
By OptimusprimeIII

Horrible porting job. This is a port from the 16:9 PSP game, shrunk to a 4:3 iPhone 4 (yes it’s that old with bad updates), and never updated from there. I’m on an iPhone XS Max and the font is very hard to read and pixelated. It’s borderline unreadable and makes the game unplayable. I don’t see how this is ok in anyone’s eyes to put up for sale. It’s the same with FF1. I’ve supported SE through all their FF ports, but not anymore. I will not spend another dime with their mobile games if these are the updates I’m doomed to get.
By AstralDarkstar

Yes, while this game does seem fun, there are much more cons than pros to this game for me. 1. You only have 3 party members for what feels like 80% of the game, and the guy you name in the beginning gets kidnapped and isnt seen forever. 2. How you get stronger doesnt make sense. You have to get hit more and more for HP bonuses and you have to spend MP to get more MP. No leveling system either which makes no sense to me and gives no sense about where your strong enough for an area. 3. The extreme difficulty spikes. You take one step over the wrong bridge? You die! And there are no indicators whether you get sent to the title screen or not, you either take 2-3 damage in one area, or get one-shot the next! Im sorry but this game isnt for me.
By girutalu

Where is the audio?! Come on man!
By TheHausway

I have loved FF2 all my life and this is a great port overall. Two issues I have, however, is the directional pad and the banners. The directional pad is a large over-exaggerated mess and is very distracting. Even more bothersome than that though is the banners on the side of the screen. Why have half an inch of screen cut off on both sides and have those spaces filled with white banners that says FF2? It’s pointless. Wish it had the perfect directional pad of the ported Dragon Quest series.
By Etaldis

I own this game—it’s great. But I HATE the stupid digital d-pad. With iOS 13, we can pair PS4 and XBOX controllers—so please bring back controller support!!
By Monos Lukos