Peace of Mind Just Got A Lot Easier As seen on Good Morning America, AT&T Secure Family™ puts parents in control of their children’s phone use. Find your family, control your child’s screen time and manage their phone use. Features * Locate Family – Track your child on demand or on a regular schedule, for example every day after school * Location Alerts - Receive alerts when your child enters or leaves a location, like school or practice. * Location History - Review where your child has been over the previous seven days. * Limit Screen Time – Block your child’s mobile data and Wi-Fi, on demand or on a schedule you choose. * Content Filters – Block inappropriate Apps and websites by age or customize your own settings. * Web and App Activity (NEW) – Timestamp history of child’s App usage and Websites visited. AT&T Secure Family is free for the first 30 days. After the first 30 days, you will be billed $7.99 each month (includes support for up to 10 lines). Service auto renews every 30 days unless cancelled. AT&T Secure Family Companion App AT&T Secure Family is designed to work with the AT&T Secure Family Companion, a free app in the App Store. Pair your kid’s phone with your phone to get better location accuracy and all the features. AT&T Wireless customers – pairing with AT&T Secure Family Companion is recommended to get all the features of Secure Family. If you do not pair a device, features are limited to AT&T network-based location, scheduled location alerts and location history. AT&T PREPAID wireless customers and customers of other wireless carriers – pairing with AT&T Secure Family Companion on the child device is required to use any of the Secure Family features Other important information about AT&T Secure Family: AT&T Postpaid Wireless customers billed by AT&T when purchased through myAT&T or billed to your iTunes account when purchased through the App Store: - Secure Family and Companion app users must be on the same account. Only authorized app users have permission to locate a family member. - There is a compatibility conflict that can prevent the addition of AT&T Secure Family Companion to your companion device if you have AT&T Mobile Security Plus running on the same companion device. If you wish to continue with the purchase, you must either remove AT&T Mobile Security Plus from your account or downgrade to AT&T Mobile Security Basic on the companion device before adding AT&T Secure Family Companion. AT&T PREPAID wireless customers, and customers of other US Wireless carriers billed by the App Store/iTunes: - After first 30 days, $7.99/mo. will be charged to your iTunes account. Subscription will automatically renew each month unless auto-renew is turned off at least 24 hours before the end of the current month’s billing period. - To view, modify or cancel your subscription, go to account settings in iTunes. No cancellation of the current month’s subscription is allowed. No refunds or credits for partial subscription terms. General: - Devices running the Secure Family App or Secure Family Companion App require iOS v.10 or higher. - Note: Continued use of GPS running in the background can dramatically reduce battery life. - Availability, timeliness or accuracy of location is not guaranteed. Coverage not available in all areas. The collection, use, and disclosure of any personal information through this application is governed by AT&T's Privacy Policy found at: att.com/privacypolicy. View the AT&T Secure Family website at att.com/securefamily 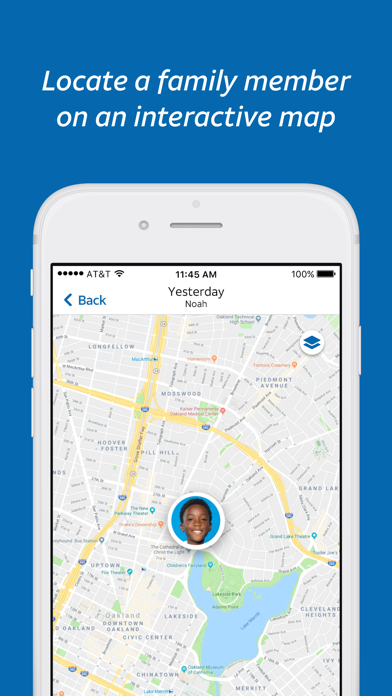 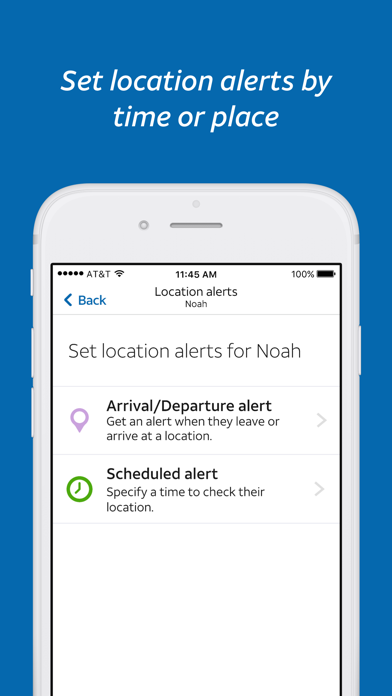 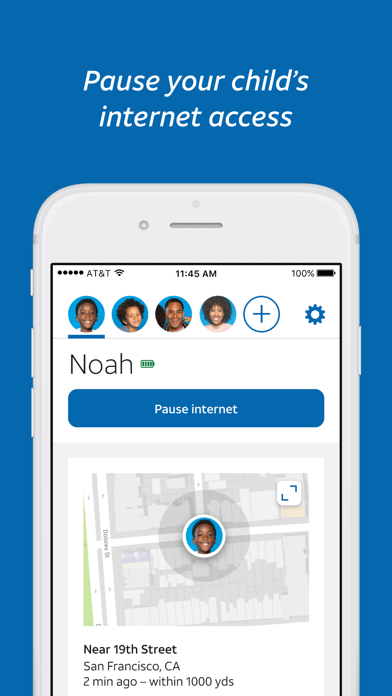 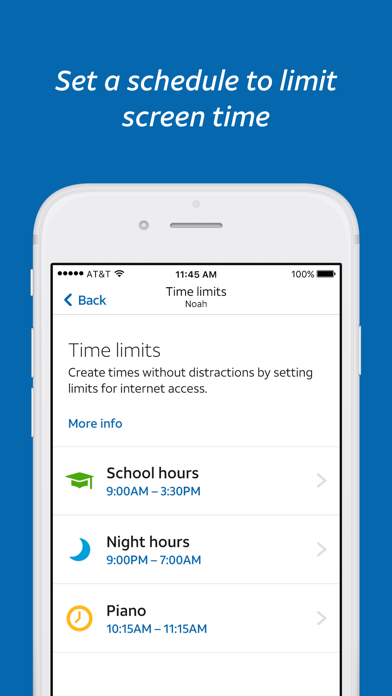 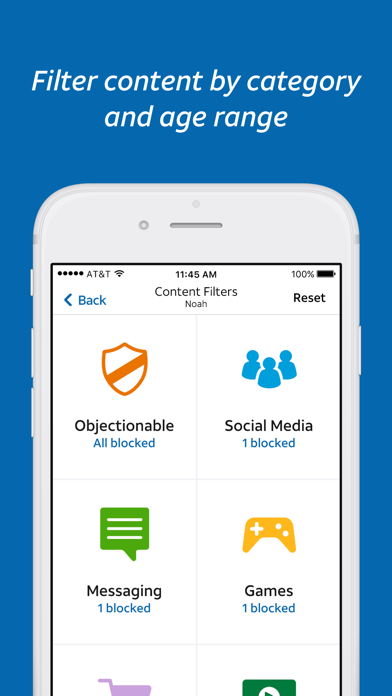 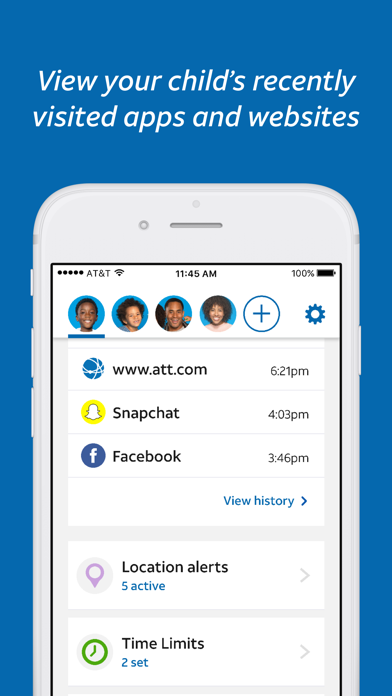 It shows my child on YouTube and other apps when her phone was in my possession and during the time I set in the app for her phone to not have internet access. Doesn’t seem to be accurate in a lot of areas, which defeats the purpose of even having this app.
By jade echols

I want smart limits back. This app is pointless. I plan to cancel I’ve had this app for while now it was working now every time it says failed!
By donigfyhjkgfvkkhgfvki

The biggest problem I have is to pair your child’s/teens phone. We should be able to set parameters without having to pair their phone or possible install something on their phone which they can easily delete. The data management should just be allowed at the plan level where the parent can set times and forget it and not have to “pair” anything. The whole point is to do what’s needed whether they agree or not as a parent I think we know what’s best for kids. Pairing is making you go through the child in essence for their permission to pair? Why? I’ve had the Verizon family app which no pairing was necessary. I’ve moved to ATT for better reception but this is not good
By Elina-ET

This app may be OK for little kids but for teenagers it’s not so good. You have to download an companion app. to the teenagers phone.After you have it set up after a few days they can disable it. So what’s the point of this app if the child can disable their companion app and you have to synchronize your phones again.
By LadyOklas

Doesn’t do what I expected.

I like how this lets me know where my sone is, but it does not keep him from playing games on the internet while he is at school.
By ChelleOK49

App blocking does not work if your child has already downloaded the app previously on iPhone. The other features are great though.
By tiffxcii

Doesn’t block things when you’ve selected them(we have all social media blocked, but it still works). One representative said if we have another app like Life360 then it “may not work”.
By Layniebritt

I love the app. If I could improve on anything, it would be that you can’t change settings for locating the phone. If it’s as simple as a child turning off the features then it’s useless. Kids don’t realize the dangers of being “invisible “
By ohangi

Sometimes the gps will not show up at all , I was checking on a family member location and it would not load and the screen disappeared, can only hope and wonder that it doesn’t do it in case of an emergency, very disappointed.
By MBLMN