Use the power of Wolfram's computational intelligence to answer your questions. Building on 30+ years of development led by Stephen Wolfram, Wolfram|Alpha is the world's definitive source for instant expert knowledge and computation. Across thousands of domains—with more continually added—Wolfram|Alpha uses its vast collection of algorithms and data to compute answers and generate reports for you. Walk through the steps of solving many math and chemistry problems with Wolfram|Alpha. Get even more detailed assistance with a Wolfram|Alpha Pro subscription. Parts of Wolfram|Alpha are used in Apple's Siri assistant; this app gives you access to the full power of the Wolfram|Alpha computational knowledge engine. Use Wolfram|Alpha to compute the following and much more: - Get homework help "Factor 9x^2 + 29x + 6" - Identify a plane "Flights overhead" - Find out weather "Weather last New Year's" - Get information on movies "Movies with Keanu Reeves and Sandra Bullock" - Get financial insight "APPL vs. MSFT" - Calculate units and measurements "Seconds in a nanocentury" - Get trivia answers "Number of tennis balls that can fit in a Boeing 747" - Find nutritional information "Whopper vs. Big Mac" - Get shopping help "Chicago Target stores open at 10 pm" - Get fitness information "Running calculator" - Have fun "Tell me a joke" Subscription Details: Become a Wolfram|Alpha Pro member to unlock enhanced step-by-step solutions and image as input. Payment will be charged to your iTunes account at confirmation of purchase. Your subscription automatically renews unless auto-renew is turned off at least 24 hours before the end of the current period. Your account will be charged for renewal within 24 hours prior to the end of the current period. Subscription fees are $6.99 per month or up to $65.99 per year depending on your plan. You can manage your Wolfram|Alpha Pro subscription by visiting the iTunes Account Settings after purchase. Any unused portion of a free trial period, if offered, will be forfeited when you purchase a Wolfram|Alpha Pro subscription. Privacy policy: https://www.wolfram.com/legal/privacy/wolfram/ Terms of use: https://products.wolframalpha.com/iphone/app-internal/termsofuse.html 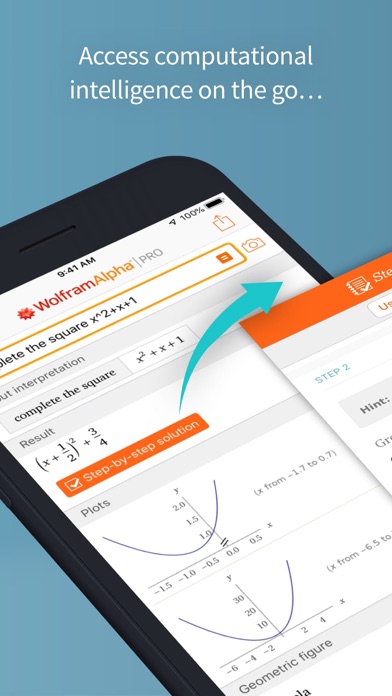 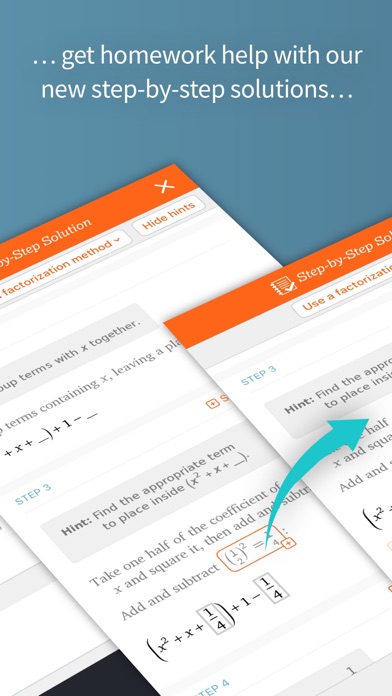 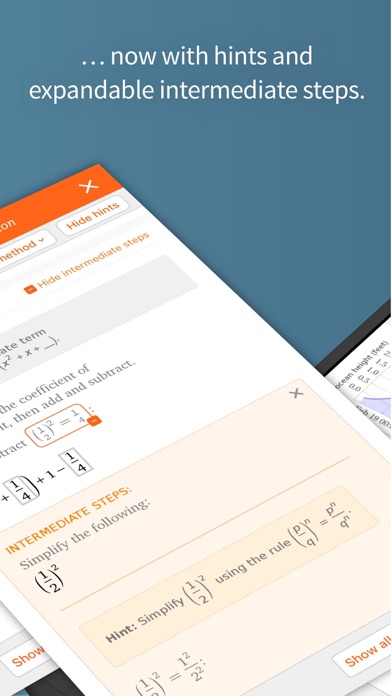 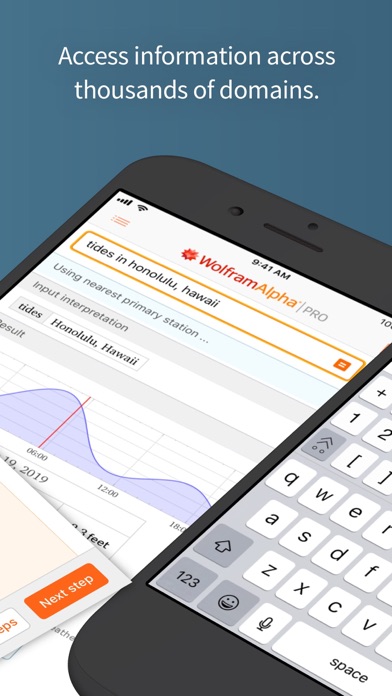 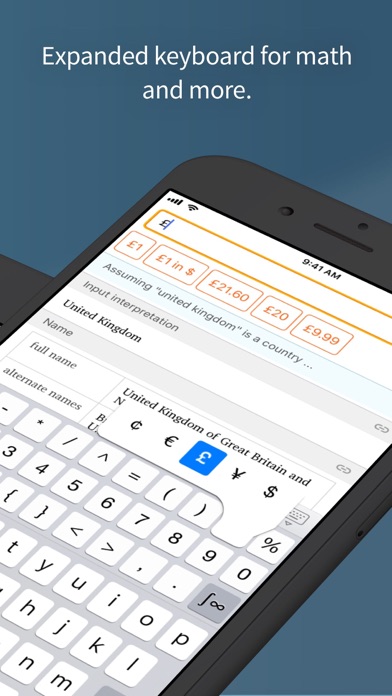 This WolframAlpha app is powerful and very user friendly.
By Fero Lad

When my friend recommended me this app for calculus and it was a one time payment, I thought it couldn’t be true, but I was right. This app is garbage and doesn’t even analyze the problem I have written or when I have took a photograph. Instead of showing you step-by-step, it shows me examples that doesn’t even relate to the question I have put in. WASTE OF $6. Could’ve bought myself a foot long at subway.
By chobitas12

Paid a dollar for use of camera input but it’s very unintuitive and half the time doesn’t even work. 3 dollars for an app that spits out math answers with no explanation and you can’t even use the camera feature :(
By Un Schtink

This is an update to a previous 3-star rating. I was having an issue with this application after downloading iOS 14.4 for my iPad Pro. When I would enter a query it would show the computing message and the moving line but would not retrieve the data. It would eventually stop. This acted very much like my older iPad when its iOS could no longer be updated and this app would not run on it. After my 3 star evaluation, I received a note from a developer. In the meantime, I uninstalled the app and reinstalled it and it began functioning again. I have used this app in the kitchen nearly everyday for several years as I am working on creating gluten-free versions of family vintage recipes. I have found the data I need for converting from volume to weight measurements using this app. It is also great for calculating the nutritional values of the recipes.
By TiHs2018

App won’t allow me to login to my pro acct

This app won’t allow me to login into my pro acct It buffers but never signs me in. I’m mad I paid for an app that won’t let me use it
By am1394

This app is amazing and has saved my butt on countless occasions! Excellent product 10/10!
By Zzekk38

I love this app/program, but this new update made the app literally unusable for me. I tried to contact their support, but long story short, this review is the only other way I can think to contact them. The issue: the app works perfectly fine until I try to sign into my account, then the screen sits on loading for minutes and after you’re “signed in” literally nothing, not any query, your account, or even app information will load. DO NOT GET THIS UNTIL THE ISSUE IS FIXED IF YOU INTEND TO USE PRO. This is a major issue that needs to be fixed immediately
By 123468994324

Subscription is useless waste of money

I got the subscription but I can't seem to even log on to the app without it timing out. So it goes without saying that trying to get a solution or step-by-step is an impossible talk.
By tp5111